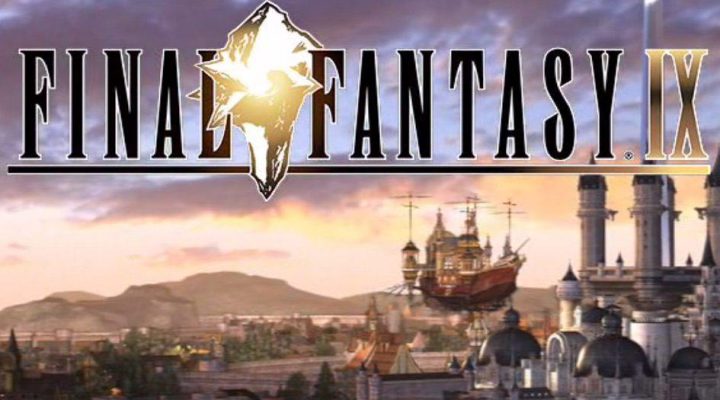 Characters look better than ever

Videos tend to skip a lot

Backgrounds are nowhere near as sharp as the characters

I’ve been trying to decide how to begin this review for several minutes now, but that’s not constructive so I’m just going to start simple: I absolutely adore Final Fantasy IX. It’s this wonderful combination of impressive graphical technology (for the time), fantastic visual design (for always), an interesting skill system, and a memorable cast of ragtag heroes. It’s not my favorite Final Fantasy, because VI is a thing that exists, but it’s a close second.

All I really wanted from a mobile port of Final Fantasy IX was to be able to play Final Fantasy IX on my phone, which is something that Square Enix has certainly provided. It’s the same political power grab gone global threat plot that it’s always been, and you can still spend most (or none) of your time playing Tetra Master – although for some reason they only refer to it as “the card game” here. What I wasn’t expecting was for said port to be handled with so much care. It’s not perfect, but it’s really, really well done regardless. 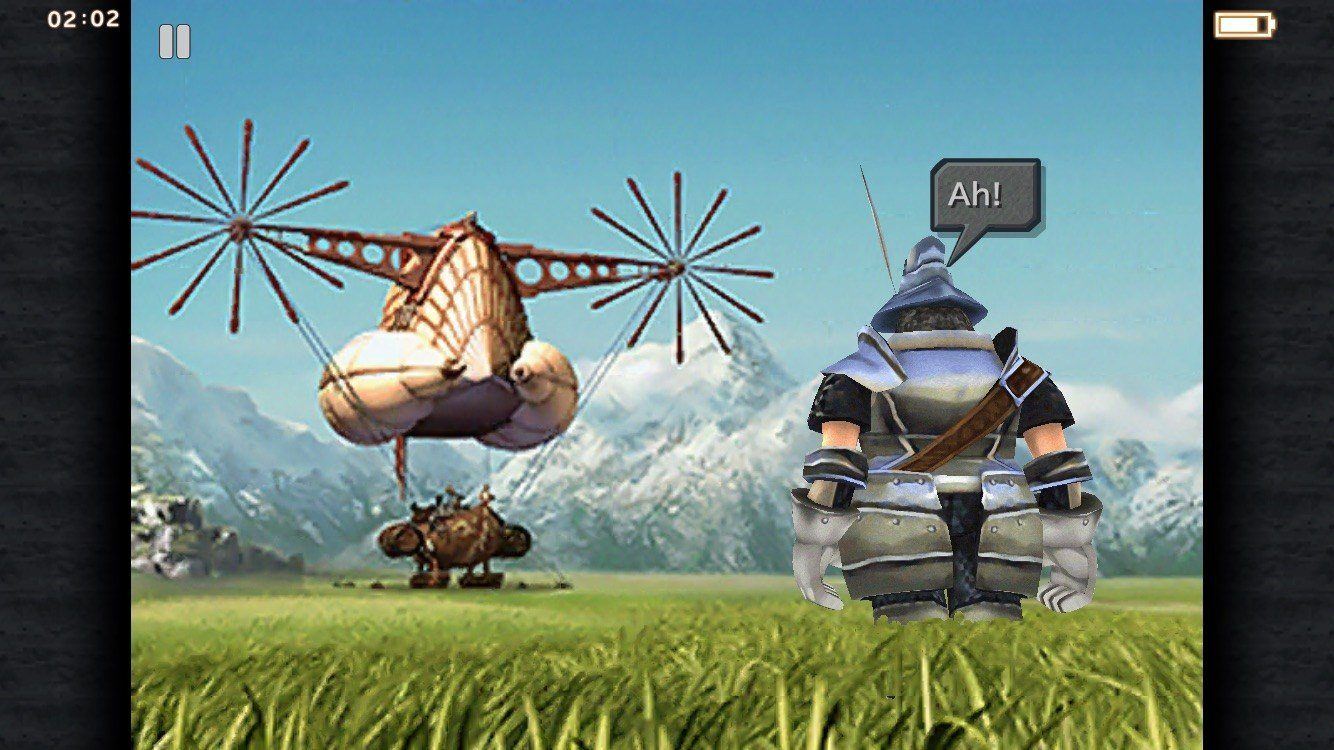 The first thing you’ll likely notice about this port, because it’s the first thing you’ll be exposed to upon starting up the game, is the new and improves interface. I’m fine with how Final Fantasy VII’s mobile port was handled, for the most part, but it was pretty disappointing to see that they just slapped some screen-obscuring virtual buttons (changing the opacity only slightly helped) on top of everything and called it a day. Not so here, where it’s possible to navigate menus via swiping or by directly tapping on the option you want to select.

Getting around is also handled much better, with the option for a contextual virtual stick or a tap-to-move system that you can switch between on the fly. It stinks that there’s a “dead zone” on the far left and right sides of the screen where trying to use the virtual stick simply won’t work (and that makes zero sense to me), but it’s infinitely better than having a digital pad superimposed on the screen at all times. 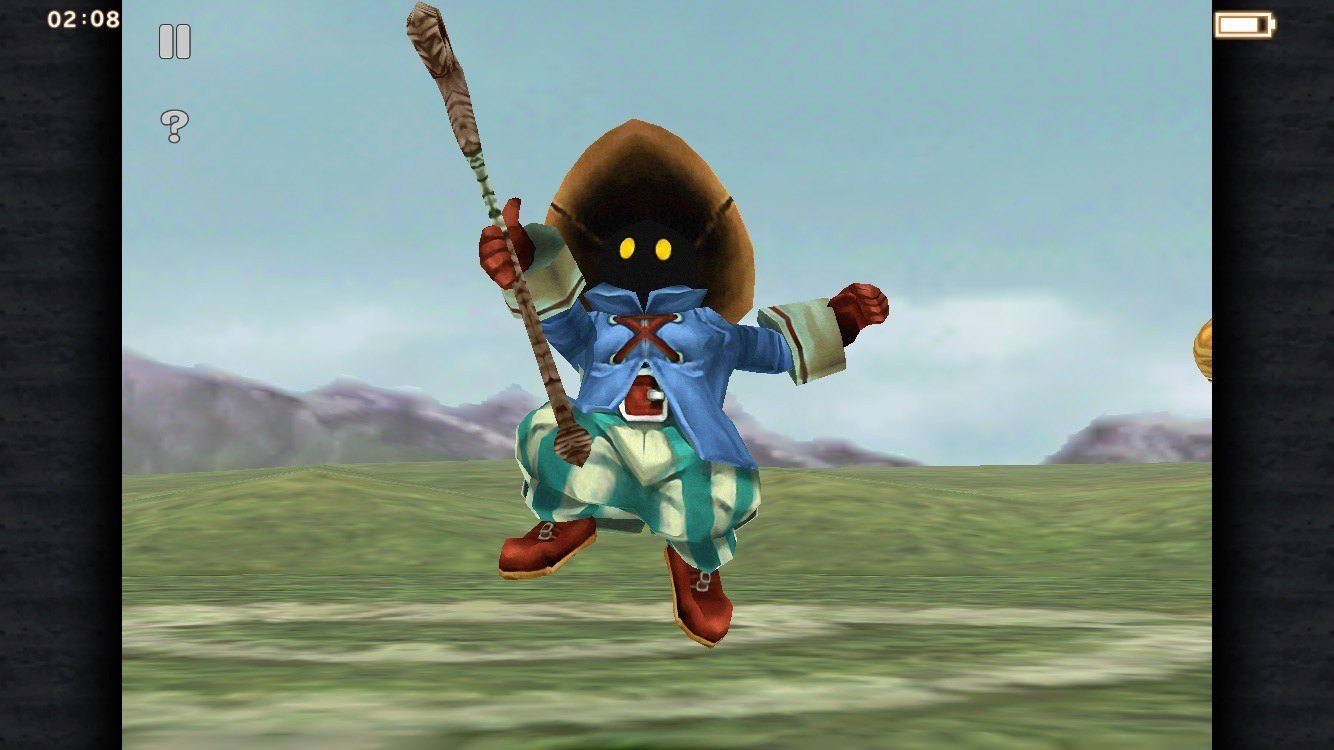 Similar to the Final Fantasy VII port, Final Fantasy IX provides a few options to make progression easier. With the tap of a button you can turn enemy encounters on or off, instantly max-out everyone’s stats, increase the game’s speed (to play on fast-forward, basically), have characters instantly master any abilities they’re in the process of learning, max out your money, and so on. Most will probably ignore these features – though I might be tempted to turn off encounters temporarily in a couple of areas – but I think they’re a smart inclusion and should make it easier for newcomers to enjoy themselves.

Then there’s the Continue feature. Choosing Continue from the main menu will automatically start you off in whatever the last room you entered was, regardless of whether or not you’ve saved or were just stomped by a boss. Saving is still very much a thing, and it uses the same adorable moogle-driven system that it did in the 00s (with a lot more save slots, but being able to continue like this is pretty significant. It means that you don’t have to worry about rushing to a save point if you need to use your phone for something else, and it all but eliminates the pain of getting your party wiped out when you haven’t saved in forever. It’s basically the perfect thing to add to a mobile port, is what I’m saying. 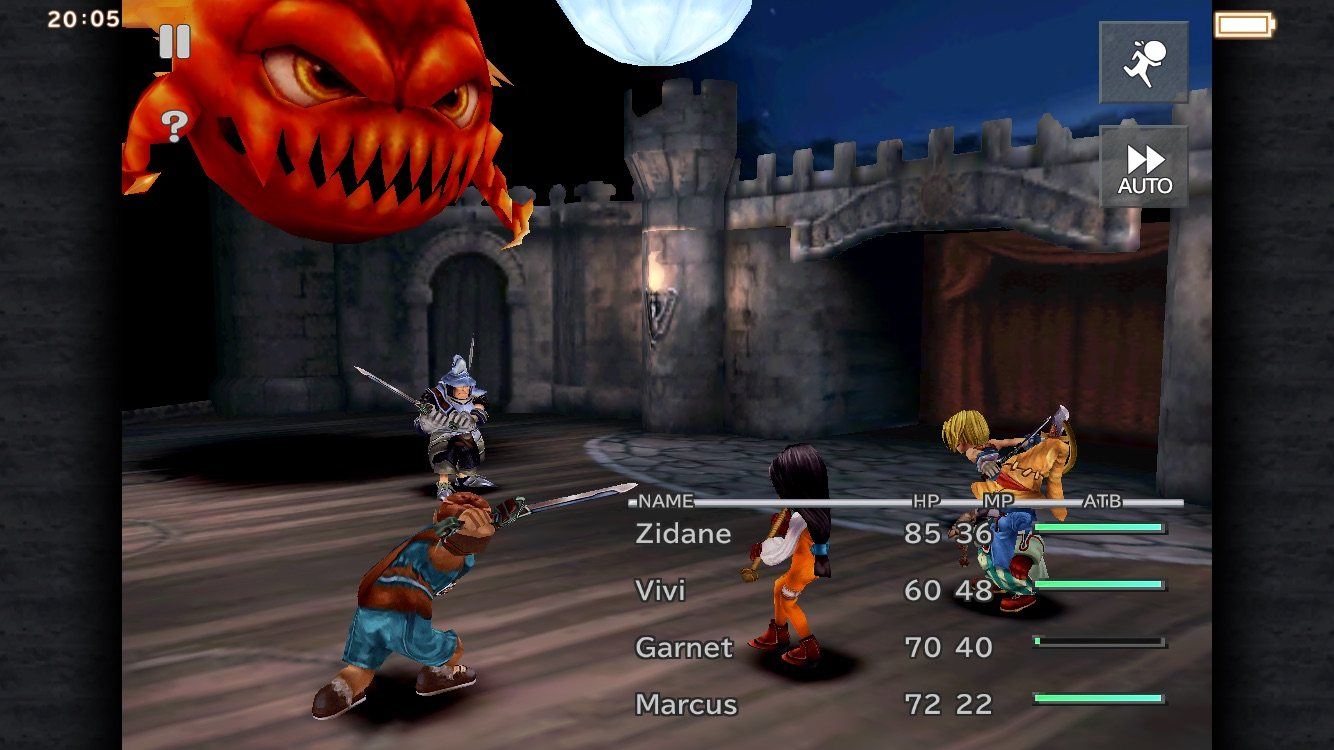 And finally, there are the visuals. Final Fantasy IX has always been one of my favorites from a visual design standpoint and that’s no different here. In fact, the added detail to the 3D textures makes it even more enjoyable to look at. Now you can make out a lot more character detail, but they all retain their unique style – in other words, it’s not a tragic repeat of what happened to Final Fantasy VI. The only problem with this is that the backgrounds haven’t been given the same level of refinement, meaning that the crisp looking 3D characters stand out an awful lot over the somewhat grainy environments. They still look as good as they did on the original Playstation, and it’s far less apparent in some areas, but there’s a very noticeable difference for the most part. 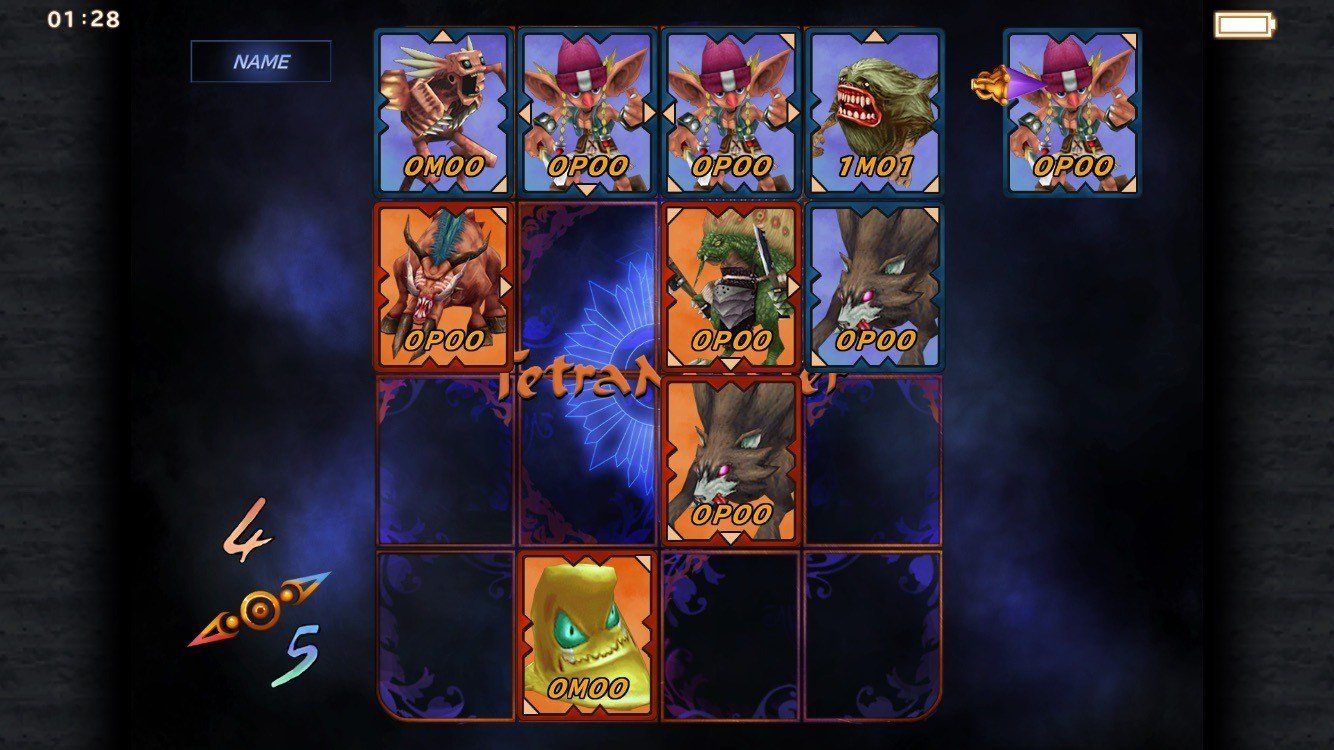 It’s no exaggeration when I say that I’m seriously impressed with how well this port of Final Fantasy IX has been handled. Sure there are a couple of minor imperfections here and there, but it’s still a fantastic (dare I say “the best?”) way to enjoy a beloved 15 year-old RPG. If you’re a fan of the game, a fan of the series who’s been wanting to try this particular entry, or an RPG fan in general, definitely consider giving it a try.

Space Grunts Review: To the Moon and Back