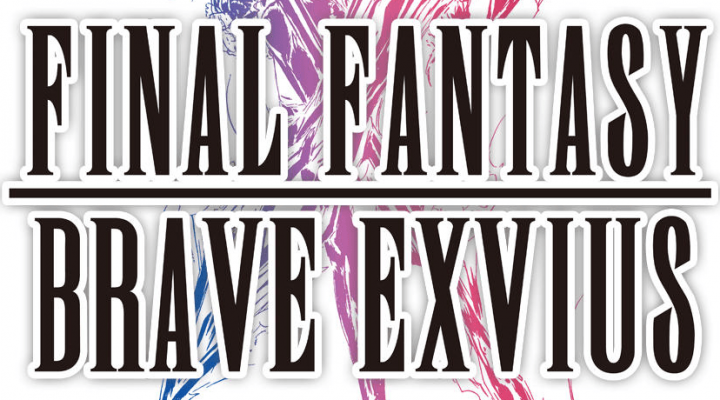 Interesting twist on the casual RPG

Plenty of characters to collect

A bit shallow for some

Does get a bit grindy

There have been a few missteps when it comes to Final Fantasy games on mobile. For every solid port there have been some odd, poorly implemented ideas that felt like stop gaps rather than real mobile experiences. Brave Exvius doesn’t quite fit into that category. It’s a mobile game through and through, for sure, but there’s more meat on its bones than we’ve come to expect from the smaller FF releases. And it’s all the better for it.

It might not have the depth and strategy core gamers have come to expect from a fully fledged Final Fantasy release, but there’s still a lot of fun to be sucked out of this one if you’re willing to put the time in. 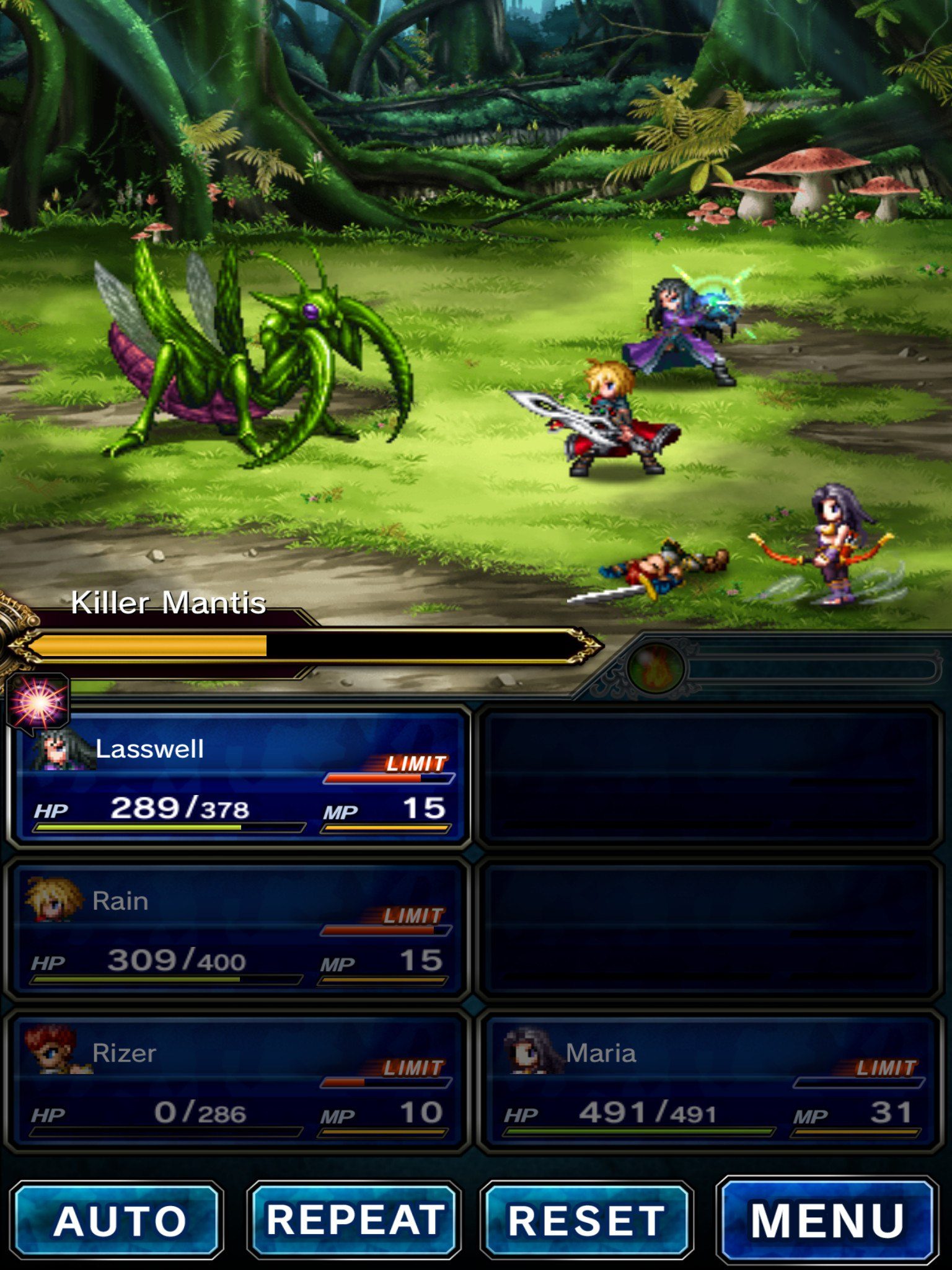 The big change here is that there’s an interesting story bubbling on underneath the more casual gameplay. It revolves around shattered crystals, stranded knights and a world in peril. It’s well told, and feels like it’d fit comfortably into the FF canon.

You play those stranded knights who are on a quest to do good, set things right and all the other things you’d expect of knights. And in true JRPG fashion they do this by getting into lots and lots of fights with monsters. The fights are turn-based, but there’s an element of tactics dribbled on top of them. Tapping a character portrait unleashes an attack, but if you tap all of the portraits in quick succession you’ll launch devastating combo chains that do much more damage. You can swipe on the portraits to change the action your characters perform. There are magic spells, limit break attacks, and items you can use to turn the tide of battle. It’s a clever system and it works really well. 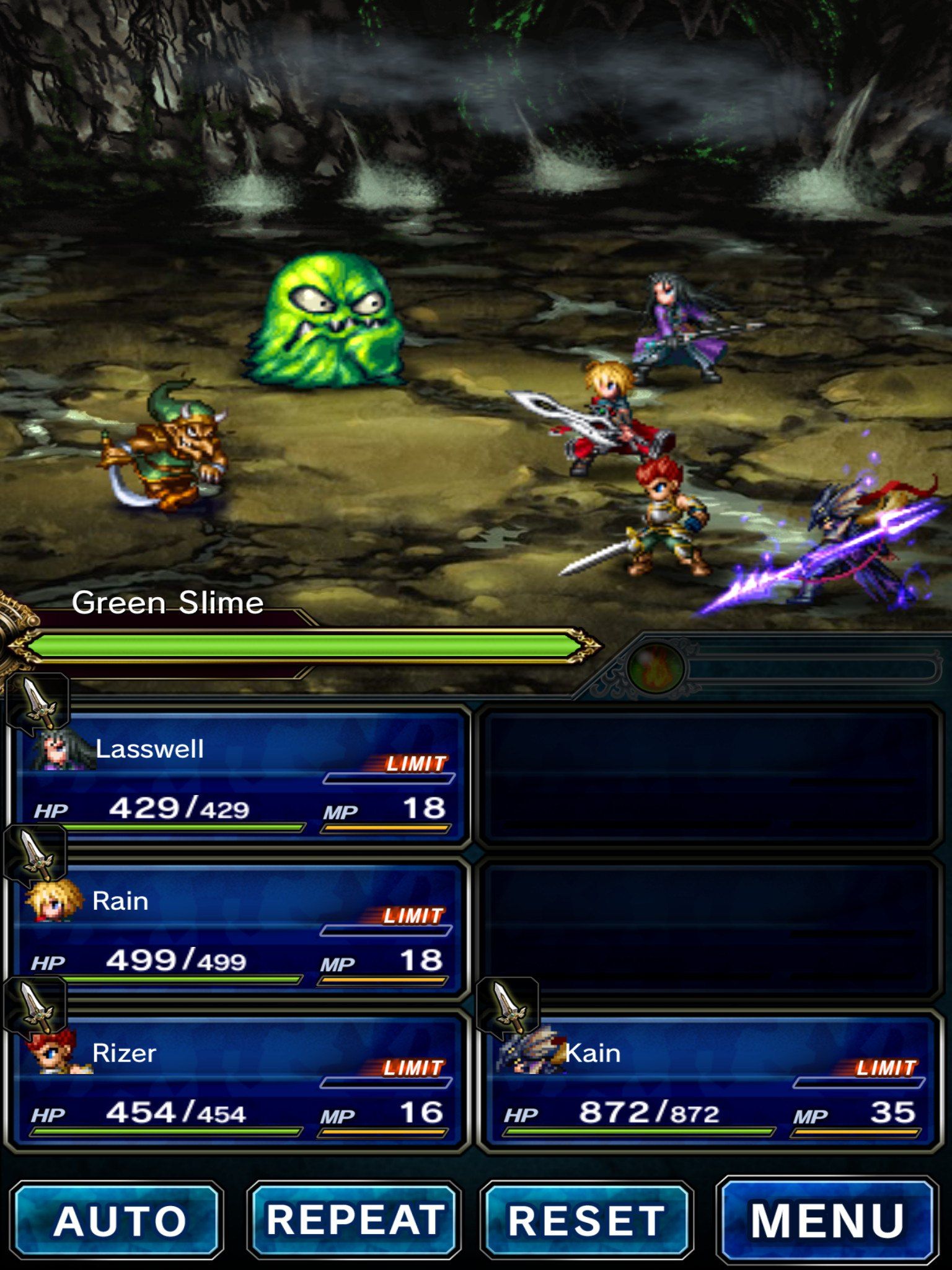 You add new characters or ‘visions’ to your roster as you make your way through the game. These will all be familiar to fans of other Final Fantasy games, as they’re characters from other titles in the series. It adds a collectible, gotta-catch-’em-all twang to proceedings.

There’s the inevitable crafting system, an experience bar that toughens up your team as you play, and plenty of different currencies you need to collect to spend on new equipment, speeding up timers and reviving your party when they die. Everything is presented in a gorgeous retro fashion that’ll make old-school gamers week at the knees. The monsters look great, the music is perfect and everything moves along at a pretty rapid pace once you’ve downloaded everything the game needs to work. 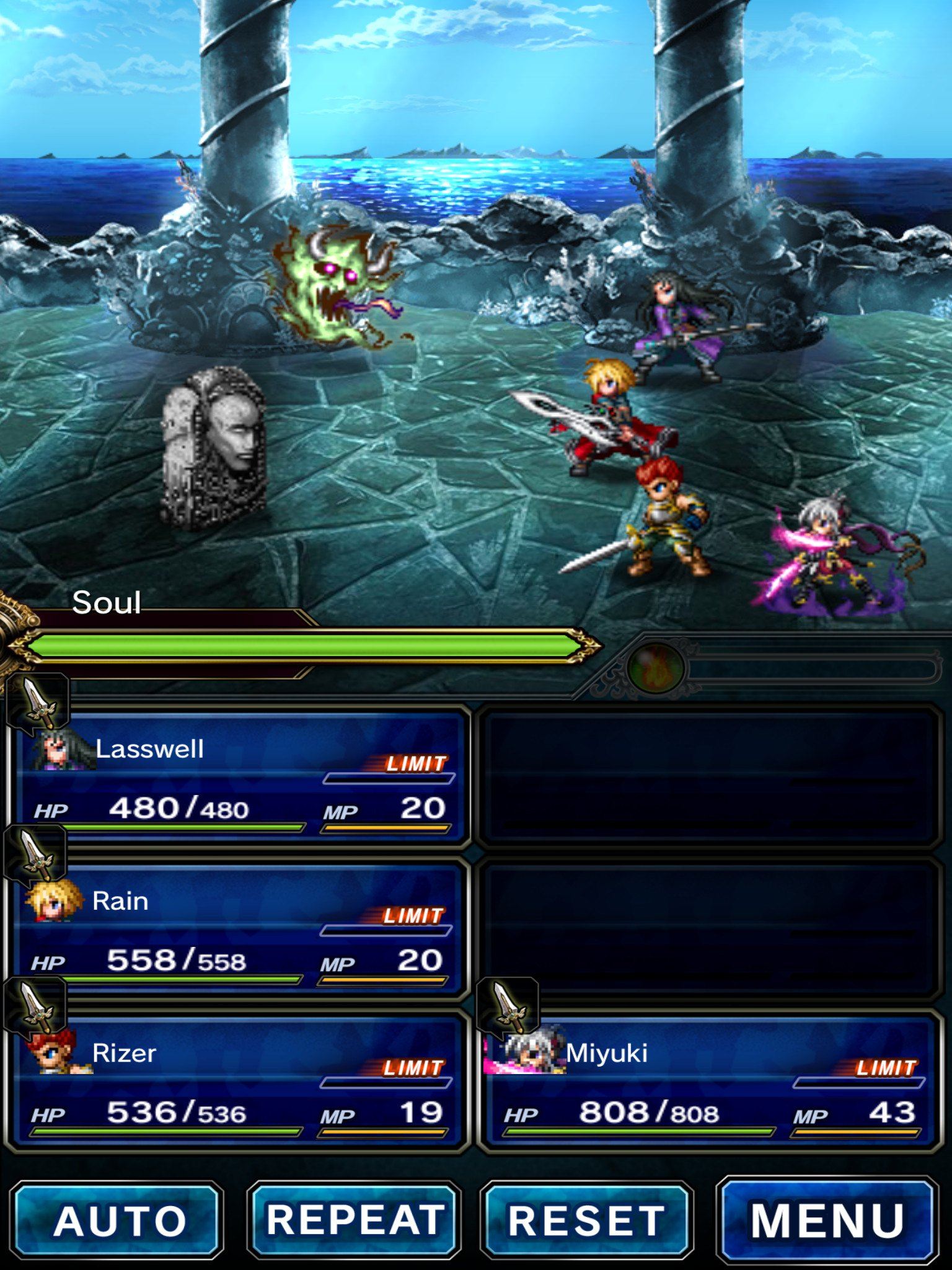 It might not be as in-depth as one of Square Enix’s figurehead Final Fantasy releases, but there’s a lot to enjoy here. Building up your team, creating new pieces of armor and weaponry, and borrowing stronger characters from other players push you on to find out where the game is going next.

It is all a bit grindy, but that’s the style for casual RPGs on mobile, and it’s certainly not as much of a drudge as other games of the same ilk. And the Final Fantasy license is a nice icing on the cake. There’s a massive world to explore here, and while that exploration mainly involves hitting things, you’re involved enough in the combat that you’re not going to be too upset.

This is a solid, enjoyable mobile game that’ll keep you entertained for a good few hours if you’re willing to put the work in and stick with it.