Final Fantasy: All the Bravest Review 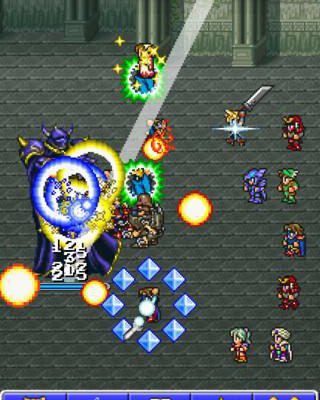 Square Enix has built up 25 years’ worth of mostly fond memories and good feelings towards its Final Fantasy series.  Its fans are loyal, enthusiastic, and trusting towards the Final Fantasy name, even when it’s not followed by a Roman numeral.  Final Fantasy: All the Bravest plays off this trust by hiding a greedy, shallow game beneath a nostalgic skin.

All the Bravest doesn’t contain any discernible plot beyond “There’s a vast evil at work, dimensions have collided, and tons of warriors will be required to save the world.”  Nothing more than this is needed, as the game’s focus is on fighting battle after battle after battle with your horde of characters.

Playing off the series’ “Active Time Battle” system in both gameplay and acronym, All the Bravest distills enemy engagements down to the absolute bare minimum: tap a character when their battle gauge is full and they will attack.  Because characters’ battle timers fill so quickly, and you have up to 40 characters on screen at once, tapping quickly becomes general and constant screen-swiping.  Success in a battle is basically determined by how fast you can rub your screen, and what level your party is.

Enemies will retaliate on their own timer, with both sides constantly attacking until one is decimated.  Since your characters don’t have HP meters, one hit from an enemy will knock them out of battle.  Once all of your characters are knocked out, the battle will enter a pause-like state while they recharge—one party member every three minutes.  As soon as even one party member recharges you can resume fighting with them to potentially end the fight, earn EXP, and move on to the next battle on the world map.

Earning EXP to level up makes your characters stronger, opens new party slots (to the maximum of 40), and unlocks new character classes, such as Samurai or Summoner.  Although each character looks and attacks differently—the Thief back-attacks, the Beastmaster calls in a kamikaze Grenade, and the Onion Knight rapidly slashes a random number of times—every character is used as a damage-dealer and nothing more.  White Mages will not revive you, Time Mages do not alter the speed of battle, and Bards will not put enemies to sleep.  With the extremely fast pace of battles these specific abilities may not have been a logical inclusion, but their absence does result in little separation between usually drastically different classes. 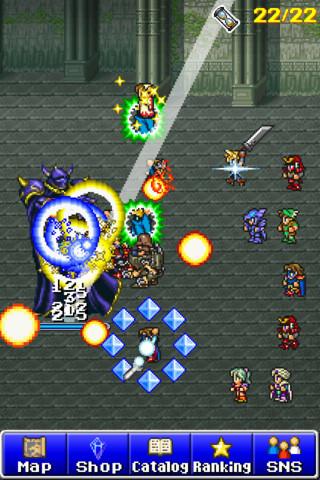 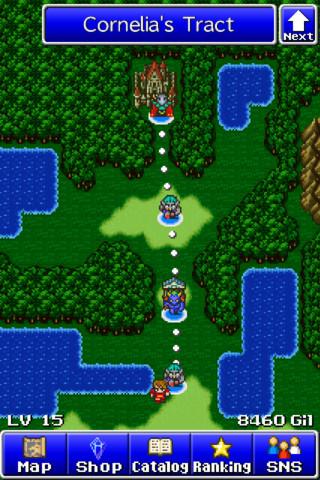 Of course, since you do not choose your party—characters are randomly assigned automatically at the start of each battle stage—the specifics of each class end up mattering even less.  Weapons dropped by enemies automatically increase attack power and need not be equipped.  Battle and boss stages appear on a linear path and the world map need not (and cannot) be explored.  Besides frantically rubbing your screen, you really need not do anything in All the Bravest.

Except pull out your wallet.  In spite of its overwhelming lack of strategy, gameplay, and really any amount of content that would make this a complete game, All the Bravest is not a terrible experience.  The ridiculously fast and crowded battle system is a unique and comical take on classic Final Fantasy games.  The variety of music, classes, enemies, and weapons taken straight from Final Fantasies I through VI bring back fond memories.  And the beastiary features some of the most humorous descriptions of all of these to date, with gems including “Gaelicat: I, for one, welcome our new flying cat overlords,” “Enchanted Fan: This ancient machine commands gusts and gales, which is nice come summer,” and “Ninja: Ninja don’t sleep.  They wait.  Ninja don’t dodge bullets.  Bullets dodge ninja.  And so on.”  No, the most egregious insult is Square’s attempt to nickel and dime the fans that will be drawn in by these features, buying add-ons for a game that is almost completely devoid of original content. 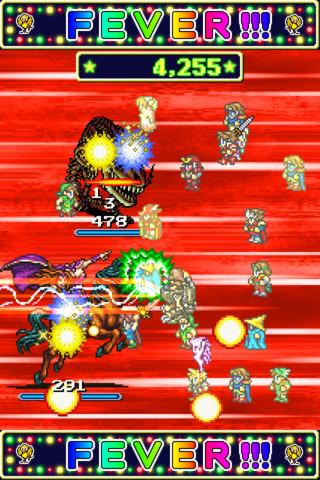 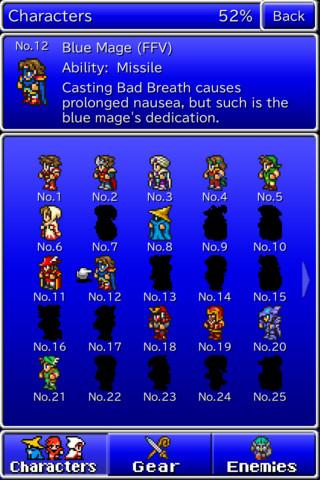 For the already substantial—for a bite-sized mobile game—price of $3.99, you’ll get access to everything discussed above.  This includes 25 character classes, 91 enemies to battle, and 93 weapons to collect across 9 “worlds” (each world contains two normal battle stages and two boss battles themed after a specific game, like the “Narshe Plains” where you’ll fight Ultima/Atma and Kefka).  On paper this doesn’t sound too stingy, until you remember that this game is nothing but battles, and each battle takes all of a few seconds to complete.  Finishing the vanilla game will require an afternoon’s time, and finding all the rare enemies and weapon drops will add a few more hours to the total.  You can then buy the content that wasn’t included for an extra $3.99 per “world,” with areas for Final Fantasy VII, X, and XIII currently available.  For $15.96, you may get a full days’ worth of gameplay.

If you expect to have hero-characters like Cloud, Terra, or Auron in your party—for no reason other than looking at their sprite, since they’re barely stronger than the base characters—you’ll need to pay another 99 cents for each hero you’d like to add.  That is, 99 cents numerous times until you receive the character you want, since the “premium character shop” spits out a random selection from the 35 available characters.

All of these, and even the 99 cent auto-recharge for (three) battles, are technically unnecessary purchases that you will never need to play the game.  However, they reek of greed for two reasons: first, the vanilla game is so lacking in content that these “premium” purchases should be included to justify the base $3.99 charge.  Second, the game awards Gil after every battle and yet there is nothing to spend it on.  You cannot exchange Gil for premium characters or worlds and there are no in-game purchases like weapons or classes.  You receive Gil, the game tracks your available Gil, and you can do absolutely nothing with it.  It’s like Square intended to include in-game currency until remembering “OMG real money.”

In the end, Final Fantasy: All the Bravest is a game that only longtime fans could love, and only because it’s a sprite and music dump of past titles.  At the same time, it’s a slap in the face of those fans with its shameless in-app purchases.  This is a game best forgotten, once your broken heart and blistered fingers have healed.