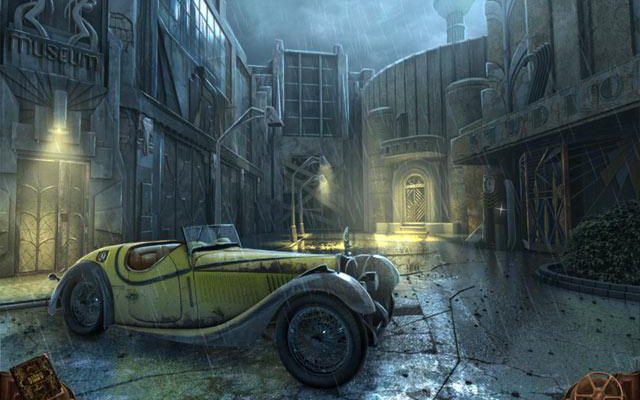 Serbian developer Eipix Entertainment is known for being a work-for-hire company and only recently began developing their own IP’s (intellectual properties). The time spent working on other publishers’ titles was obviously a good investment. However, as evidenced by the quality of the company’s inaugural title, a hidden object adventure called Final Cut: Death on the Silver Screen, they’re perfectly capible on their own. The title, aside from a few niggling defects, is highly entertaining and extremely well-made.

Death on the Silver Screen is set (according to its art deco aesthetic) somewhere in the 1930’s, during Hollywood’s Golden Age, and starts with the murder of famous inventor and movie mogul Morton Wolf. You play one of Wolf’s surviving children—his daughter—and upon his death, you find yourself returning to the family estate to find out what happened.

You arrive at the mansion on a dark and rainy night, determined to find clues either to your father’s murder, or to the whereabouts of your brother, who went missing the day your father died. Strangely, you’re met by a new maid who’s replaced the one who virtually raised you. Shortly thereafter, you discover the maid’s not the only thing that’s changed.

The first thing you notice upon starting the game is its beautiful and thematically consistent presentation. Geometric art deco shapes dominate both the menus and the in-game locations, conveying an overall look that’s nostalgic and elegantly appealing. As you explore the Wolf mansion and its environs, it’s fun seeing how skillfully this visual theme is repeated. 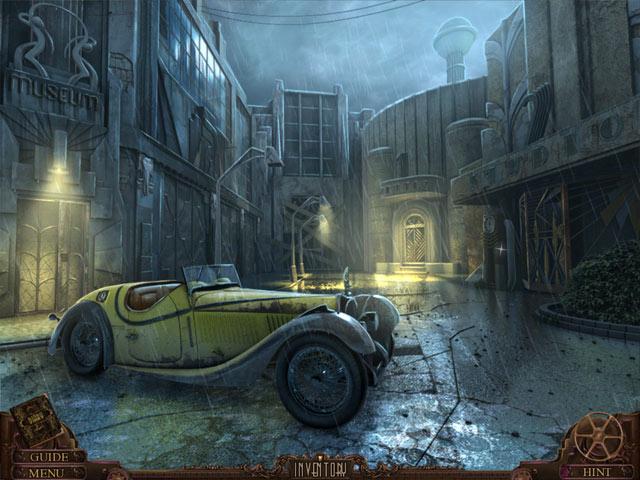 Eipix’s approach to characters is a bit more straightforward and makes use of a recent trend—that of combining CG backgrounds with live-action characters. It works better than you might think, and the technique really tickles me, since it reminds me so strongly of my favorite ’90s full motion video games.

In addition to looking good, Death on the Silver Screen also plays really well. The game’s detailed journal and map lead you effortlessly through both the story and the estate, and its intricate web of item-based puzzles expertly integrates an impressive number of different locations.

Barring a couple of contrived instances of item usage (it really bugs me when you have a cannonball in your inventory but can’t smash a pane of glass until you find a metal candlestick), the game exhibits a unique and inventive approach to mechanical applications. In plain language—it comes up with cool ways to use stuff. 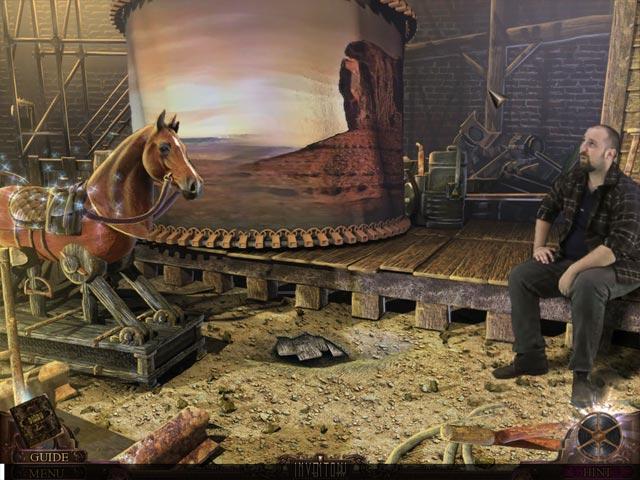 It also boasts a nice sense of pacing. With neither too many puzzles nor too many hidden object scenes, it maintains a steady flow that carries you from one section to the next. And although it has some fairly familiar puzzles, it also has a good number of new ones (or at least, fresh versions of old ones) and all are of a good, middling difficulty.

One small detail I particularly like here is that the puzzle directions, which you can read by clicking a question mark icon, are written in the heroine’s “voice”, as opposed to a pedantic, disembodied one. This keeps you feeling that you are the heroine, since you’re constantly getting insights into her thought processes.

Other good things about Death on the Silver Screen? There’s the large number of unusual locations, based on the concept that you’re visiting your father’s many old movie sets. There’s also the soundtrack, which is made up of a large number of varied musical themes designed specifically to fit those movie sets. 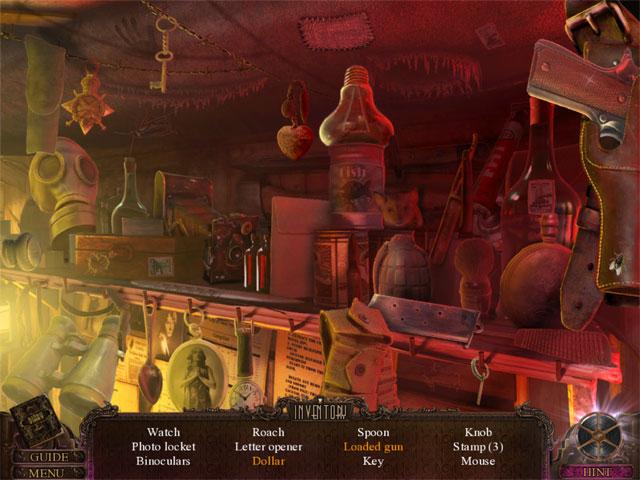 As far as a down side goes, I’d have to point to the voice acting, which is some of the cheesiest I’ve heard in a long time. It’s not exactly a deal-breaker, but there’s enough of it that you might find yourself cringing a little every time a character comes on screen.

Fortunately, the game’s Collector’s Edition extras more than make up for it, offering music, movies, hidden object scenes (even a couple of bonus ones), puzzles, concept art and even a funny “making of” video featuring the humorous hijinks of the development team.

Final Cut: Death on the Silver Screen is an outstanding hidden object adventure, and one Eipix should be proud of. Although it might have one or two minor flaws, its beautiful graphics, interesting setting, clever puzzle design, interesting item usage, and evocative musical score will no doubt make it the kind of game that appeals to every kind of adventure gamer.