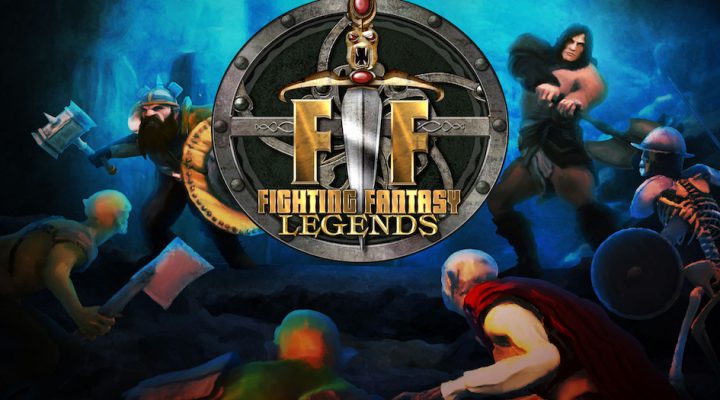 Great twist on the usual Choose Your Own Adventure format

Seemingly thousands of different choices to choose from

Maybe too simple for RPG enthusiasts

A bite sized cross between the Sorcery series of games and Tin Man Games’s Fighting Fantasy output, Fighting Fantasy Legends is the kind of thing that 80s fans are going to adore. It combines three of the most famous Fighting Fantasy books to create a form of Choose Your Own Adventure RPG with a hint of card play, ensuring this is pretty different from most other Fighting Fantasy games you’ve experienced. It’s punishingly hard at times, but so easy to be tempted back for more. 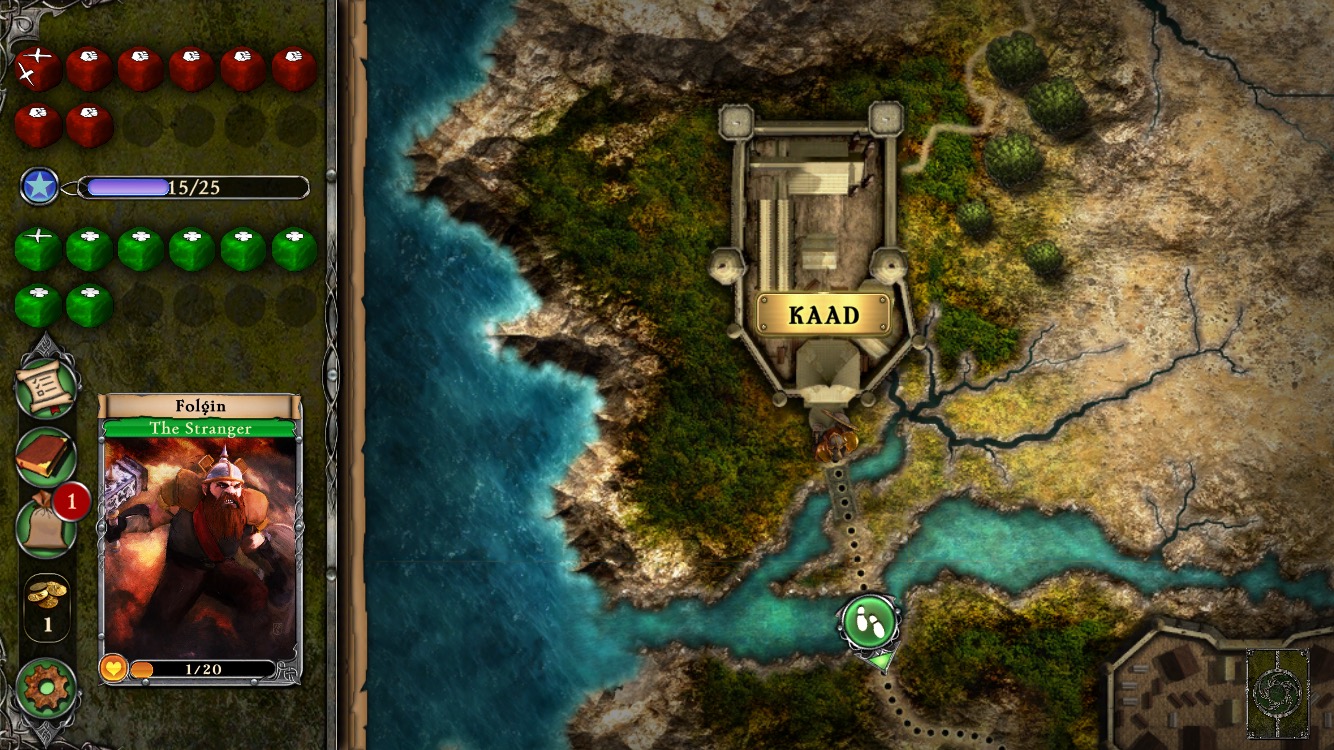 You create a character then wander into the world, opting to take one of many paths. Throughout the world, there are various locations to explore, such as major cities you’ll remember from your time reading the books (hey, there, Port Blacksand) to smaller more forgettable areas. Once you reach a place, the choices don’t stop there. Instead, you’re given more as you’re able to do things such as interact with a beggar and see if they’re friend or foe. Another time, you can enter a shop and choose to purchase items, or attack the shopkeeper for extra spoils. There’s a reasonable amount of choice meaning you’ll feel keen to replay often, and see how differently things can play out.

Combat is conducted in a relatively simple fashion. You’re given a bunch of attack dice. Roll them and any symbols that pop up inflict damage upon the enemy. The same happens in reserve with whoever runs out of stamina first, losing. Dice sets can be upgraded the more you play and fight, with you able to invest skill points into boosting various parts of your character. 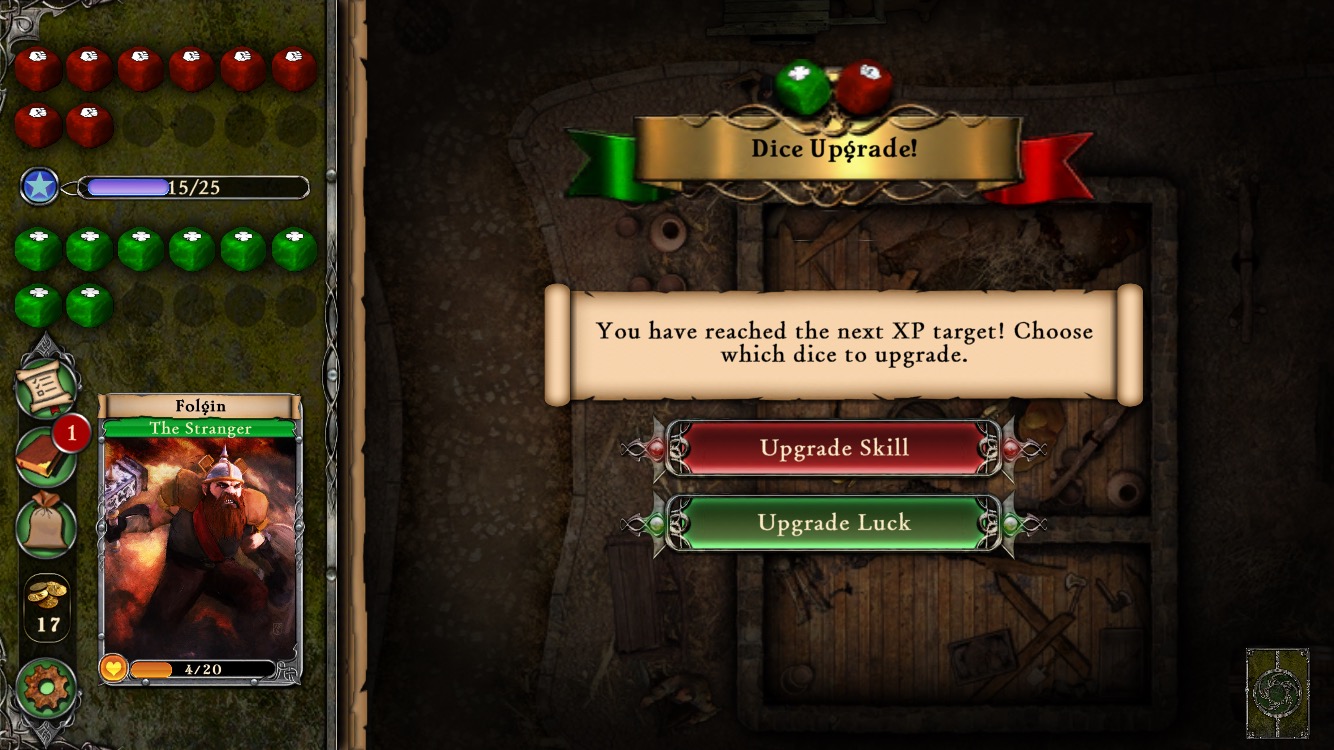 If you lose all your stamina, you black out and return to an earlier point in the game, along with a crossed out dice that means you automatically fail if you roll it. And failure is going to happen. A lot.

Much like the books Fighting Fantasy Legends is based on, this isn’t an easy game by any means. Dying is going to be fairly commonplace. There are few ways to heal up, and peril is around nearly every corner. Whether that’s through an aggressive goblin or an unexpected trap, you’re heavily dependent on the luck of the dice. Besides using them for combat, they’re also used for skill throws and luck rolls, deducing whether you got lucky this time round or not.

There’s clearly a lot going on in the background but Fighting Fantasy Legends is a pretty lightweight RPG on the surface. You don’t have to tweak the finest of options as you travel through the game’s world, but you’ll still feel like a significant part of what unfolds. A simple quests system, along with a creature codex to fill up with your discoveries adds to your feeling of freedom. There’s always the option of a permadeath mode for the hardier player too, but I’ll admit to giving it a miss for now, due to being a wimpy casual gamer.

Fighting Fantasy Legends won’t be to everyone’s taste due to its hefty difficulty level, but it’s the ideal game for many to chip away at bit by bit. In particular, fans of the series will love having a different way of approaching some of their favorite characters. It’s an entertaining twist on the usual Choose Your Own Adventure format.

Linelight Review: You’ve Got the Glow

Tales of the Rays Review: A Full Console RPG?