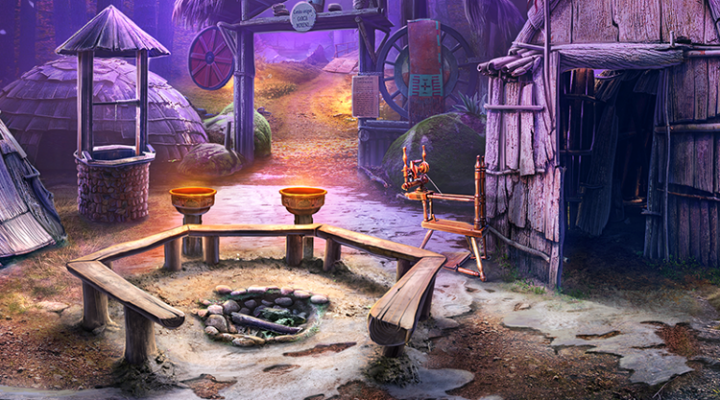 Fierce Tales: Feline Sight is a story about cats. House cats, to be exact, but also wild snow leopards, both of which have been acting really strange lately. The cute and furry ones have been running away, and the angry spotted ones are invading the town, harassing the villagers, and attacking travelers on sight. You’re just a simple veterinarian, but if you don’t do something about the feline problem, who will?

Fierce Tales: Feline Sight follows simple casual adventure game logic as you strike out from your home in the snowy woods and travel across the countryside and town to get to the bottom of this mystery. The plot hits a number of unusual twists and turns, making you think it’s going in one direction while it actually goes in another. It’s a delightfully unusual tale that cements the rest of the game together quite well, especially if you love a good story about indigenous legends and… cats. 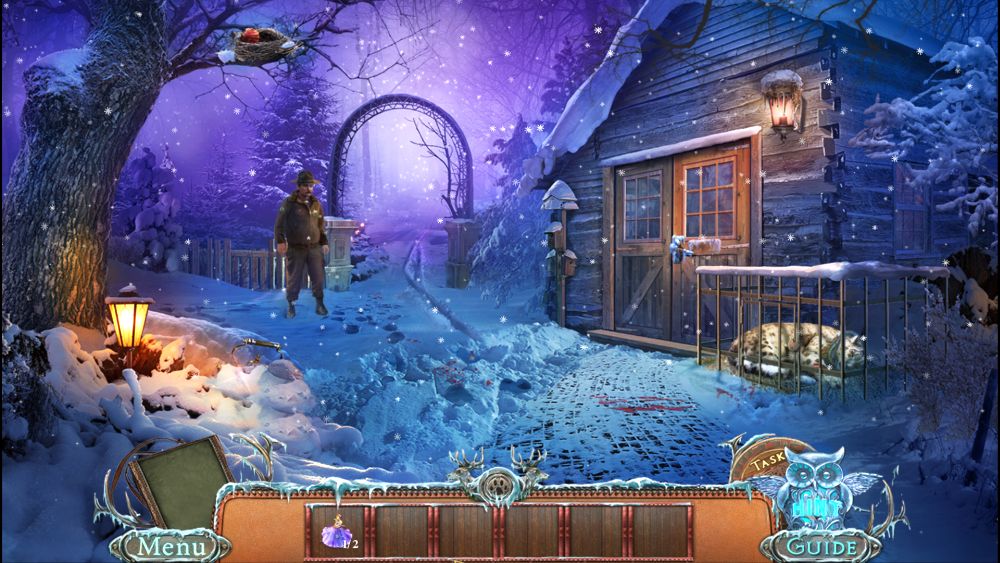 Hidden object scenes pop along at regular intervals in Fierce Tales: Feline Sight. They keep to the basic formula of a list of items at the bottom and a smattering of clutter at the top, just enough to make you pause and search for a few seconds before you click. Mini-games hit at about the same pace and deliver a fast, no-frills experience that won’t have you scratching your head too long. Swap the objects, match the shapes, figure out the pattern and arrange things in that order, nothing too unusual.

The puzzles in Feline Sight get the job done, but they can feel pretty arbitrary at times, especially near the beginning of the game. If you’ve played a hidden object title before you’ll expect a few of the “Oh, I can’t reach that key without a key-grabbing glove”-type riddles, which is totally fine in the grand scheme of things. However, Fierce Tales uses this far too often. Countless times throughout the game you’ll want to scream at the protagonist for waiting on some strange concocted puzzle solution instead of just doing things herself. 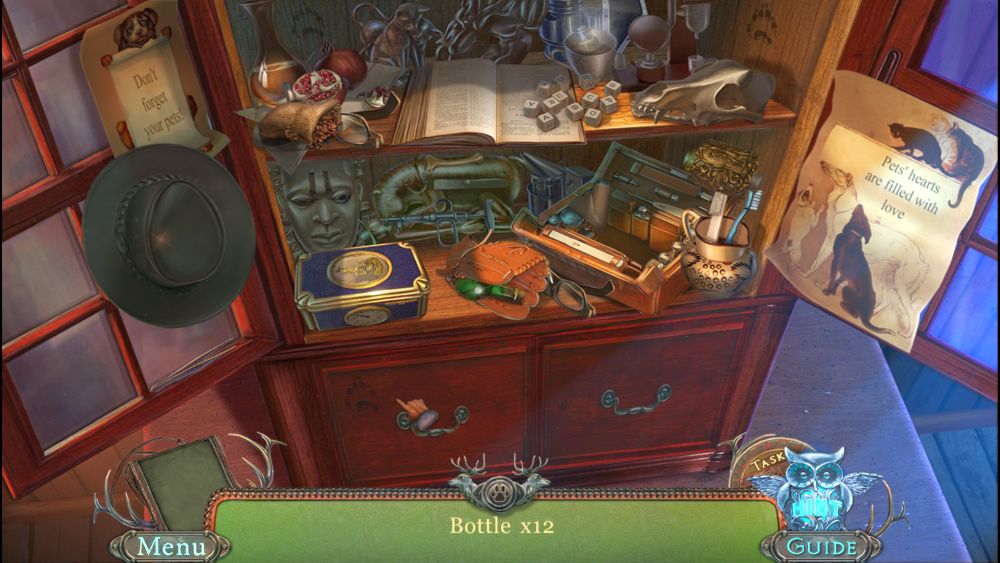 Fortunately, Fierce Tales: Feline Sight does have its fair share of redeeming qualities, enough to make up for the frustrating puzzle design and ho-hum side games. The artwork, for starters, is simply stunning. There’s something uniquely engaging about snowy environments, and Feline Sight captures that quiet, expectant atmosphere with almost perfect pitch. The soothing music and sound effects pair with the visuals extremely snugly, as well, making the game’s setting an absolute star of the show.

Fierce Tales misses a few beats in its quest to provide hidden object perfection, but for every puzzle it flubs and every mini-game it forgets to make interesting there’s some deeper element ready to keep you engaged. This gives the game something of an uneven feel to it, but it’s still entertaining to play and satisfying to complete.