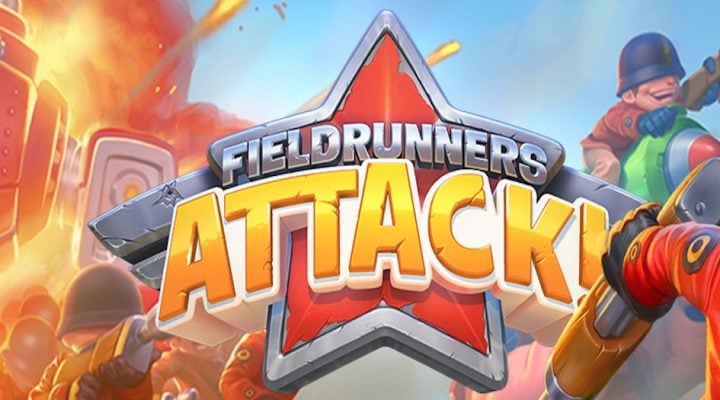 Fieldrunners 2 is easily one of the best Tower Defense games out there. Fieldrunners Attack! is nothing like that. Instead, it taps into the popular habits of games like Clash of Clans, discarding its Tower Defense roots forever more — and that’s not a good thing. It simply means that the only connection Fieldrunners Attack! has to its predecessors is its name alone. Other than that, it’s mostly business as usual within an oversaturated genre.

You start out with a small base and an aim to expand fast. Where Fieldrunners Attack! does things well is in its ability to ease you in gently. If you’ve somehow not played a game like this before, you won’t feel overwhelmed by your options here. Starting out, you’re encouraged to pursue certain simple objectives such as placing new buildings or upgrading existing structures. At all times, you’re given a plethora of objectives to aim for, but with them divided into ‘recommended’, ensuring you know what to focus on. 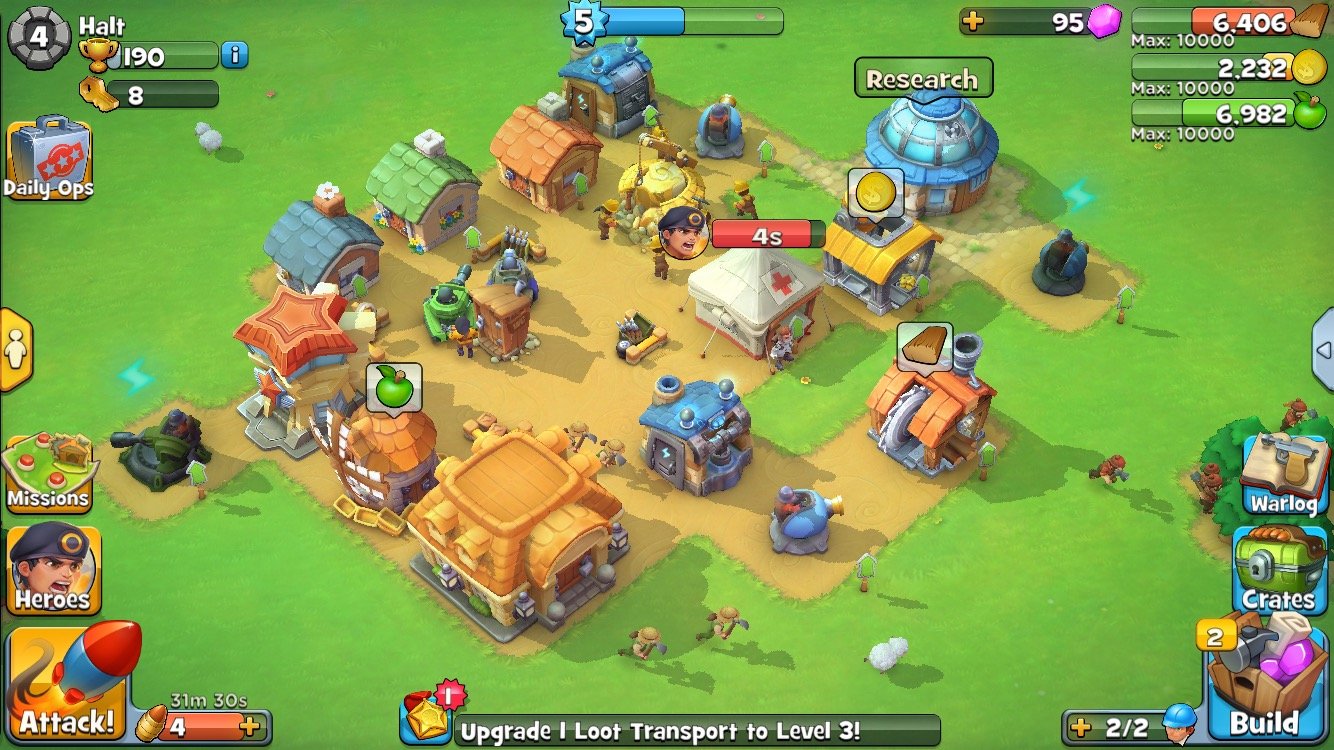 There’s a simple resource management structure going on here, with gold, wood, and food proving vital to your chances of success. It all makes fairly logical sense so at least you won’t feel like you’re out of your depth. Fieldrunners Attack! splits action up between PvP and single player missions.

The single player missions are a good place to start, being fairly easy to win and offering substantial rewards. They’re limited, though. Tied into your league progression in PvP, you’ll soon need to mix it up and compete against real players too.

Each battle is fairly brief. With everything timed, you’re only given so long to succeed. Strategy isn’t a key part of Fieldrunners Attack! either. All you really need to do is place units, aim them at any offensive structures, before moving onto tackling the buildings highlighted by a star to demonstrate their importance. Moving around is reasonably open ended, at least. You can choose to select all before tapping on what you want them to do, or you can opt to individually scatter units around. It’s more pliable than most other games of this ilk which is one bonus. 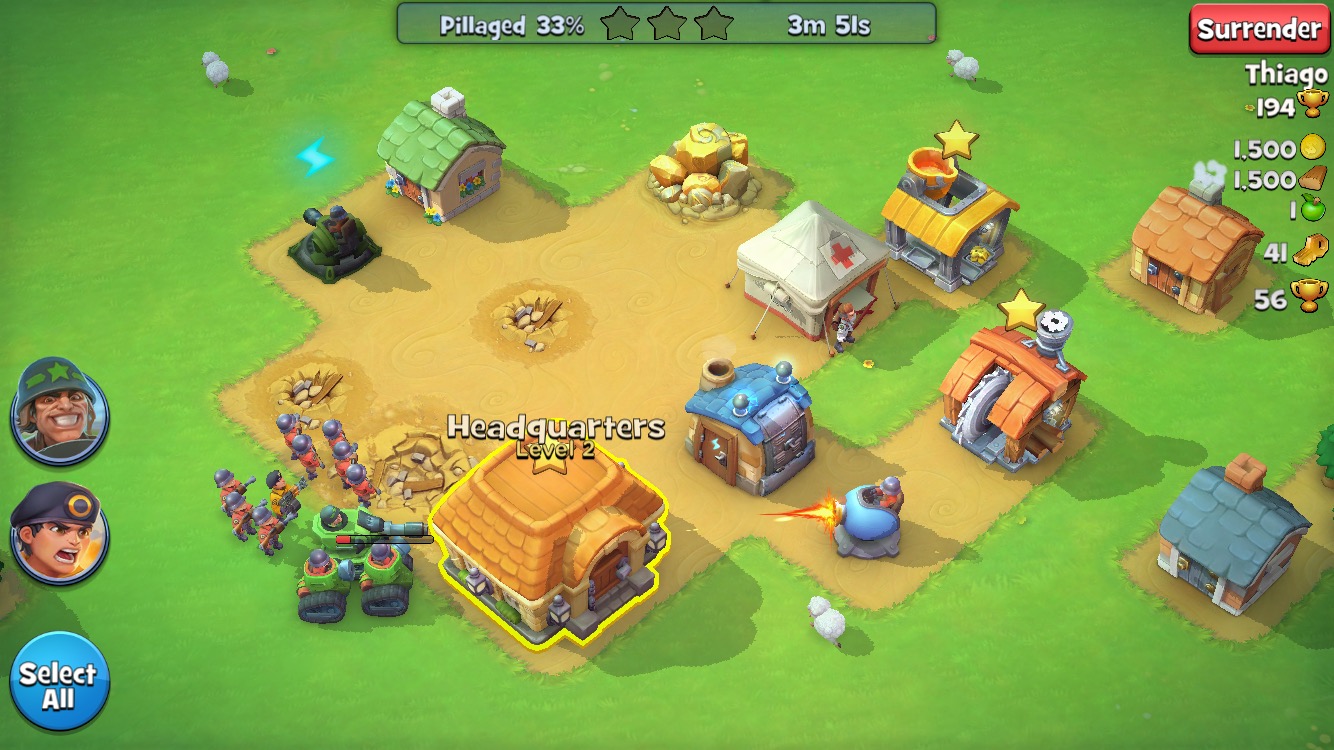 Once you wrap up a mission, it’s back to base and tackling those never ending objectives. There’s always something new to build, and you want to work on keeping your base safe from attack.

It’s all rather soulless and overly familiar. It’s a far cry from the Tower Defense joys of the Fieldrunners series. Instead, it’s like Clash of Clans but less fresh feeling because, oh yes, you’ve already played Clash of Clans.

You can develop some defensive towers that feel vaguely familiar for the franchise. Some work as cannons while others emit flames, but it’s all very hands-off. Because this isn’t a Tower Defense game, it’s not like you get to enjoy the satisfaction of lining up a series of defenses perfectly, before watching your opponent be defeated quickly.

You’re thinking ‘get over yourself. This isn’t Fieldrunners 3’, right? That makes sense, but the issue with Fieldrunners Attack! is that it isn’t even a great interpretation of the usual base building strategy stuff. It’s too formulaic, and too safe to be considered a step forward in any way. Full troop control is something that other strategy games should embrace, but it’s still not enough. If you’ve played any of the many Clash of Clans clones out there, you’ve played this before. Don’t pump money or time into it. It’s not worth it.