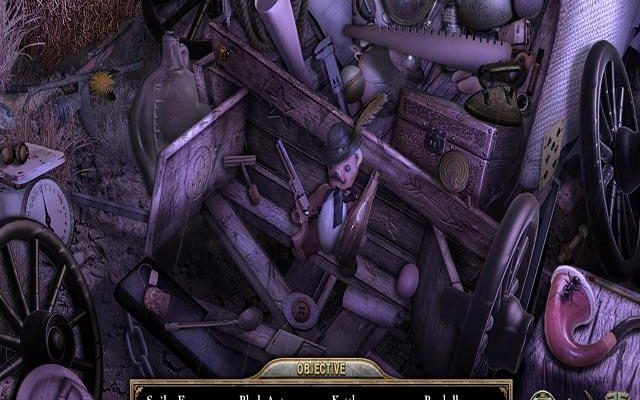 Save Dorothy and her companions from the Illuminati

Fugazo’s Fiction Fixers: The Curse of Oz is the sequel to Fiction Fixers: Adventures in Wonderland. The Curse of Oz once again sees the Illiterati and Victor Vile returning to the world of one of literature’s greatest works to cause havoc wherever they can. The story is that of L. Frank Baum’s The Wonderful Wizard of Oz, but just as the original game in the series didn’t live up to its great potential, so too does The Curse of Oz.

After foiling the Illterati back in the first game, you’ve been promoted to a full-fledged Fiction Fixer, and are able to work this case alone. What starts out as a routine check on the world of Oz turns into a complete adventure as you quickly discover that Victor Vile has teamed up with the Wicked Witch of the West to cover the land of Oz in a terrible darkness, trapping all of the characters that we’ve come to know and love. 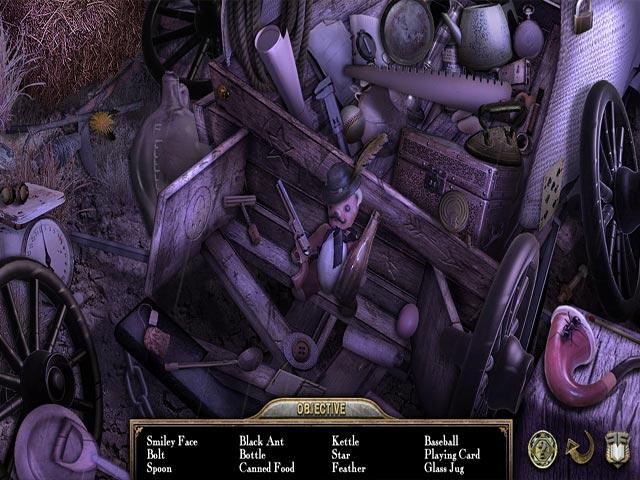 You’ll first team up with Dorothy, and through a series of hidden-object scenes and light puzzles (jigsaw puzzles, tile-sliding puzzles and a few other varieties), will quickly rescue the Scarecrow, Tin Man, and Cowardly Lion from their impromptu “prisons.” In the case of the Scarecrow, Vile has removed all of his stuffing and attached him to a wooden post. Vile allowed the Tin Man to rust by becoming wet, and then went so far as to lock the poor Cowardly Lion in a cage.

It’s through these hidden object scenes (you’ll find basic objects from a list) that you’ll come across tools or other items needed to progress through the many locations in the game (like the Scarecrow’s stuffing, an oil can for the Tin Man, or a key to the Lion’s cage, to finish the examples above). Your journey will take you from Dorothy’s home (pre- and post- tornado) all the way to the Emerald City and beyond, to meet the Good Witch of the South, Glinda. Along the way, you’ll shut down Vile’s dark towers, freeing segments of Oz from his grip.

As your team grows with these new characters, you’ll need to use their skills to pass certain obstacles. The Lion can jump over gaps, the Tin Man can chop fallen wood that blocks your path, and the Scarecrow can scare crows (of course). At times, Vile will return and try to hinder your progress by taking these characters from your team once again, triggering small side-missions as you must reunite everyone before continuing on.

The game’s user interface is greatly improved over that of Adventures in Wonderland, allowing you constant visual access to your inventory. Rather than having to hover over a tab at the bottom of the screen, as in the first game, just to see what you’re carrying (and therefore interact with an item), you’ll now constantly see each item in the bottom left corner of the screen. 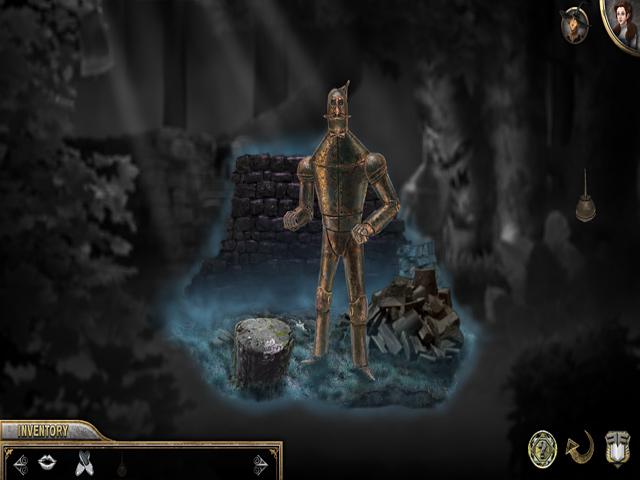 The map system from the first game returns, allowing you to see not only where you are, but also which locations have been completed or still need to be examined. Unfortunately, most of this backtracking simply forces you to play through the same hidden object scene that you completed just minutes before, or to collect items to form tools (ladders, oil cans and the like). You can see most of these items at any time in the story, but are only allowed to click on them once triggering an event further on, making most of this “back-and-forth” gameplay seem entirely unnecessary.

In terms of length, this design choice does make the game last a bit longer, to the length of around 2 – 3 hours, depending on whether or not you choose to use hints or skip puzzles, and on whether you listen to the complete voice acting in the dialog or just read the text and move on.

Either way, the brevity of each location, or each major event in the story is a bit disappointing (for instance, you meet the Wicked Witch of the West and can subsequently defeat her in around a minute). It would have been nice to see the developers delve deeper into the world of Oz, even if through the addition of creative liberty, in order to make the experience last.

All in all, Fiction Fixers: The Curse of Oz offers a decent gameplay experience, but it unquestionably suffers from the flaws of its predecessor. If the game lasted longer, or simply contained more variety, it would be more easily recommendable, but as it stands, The Curse of Oz is simply average from beginning to end.