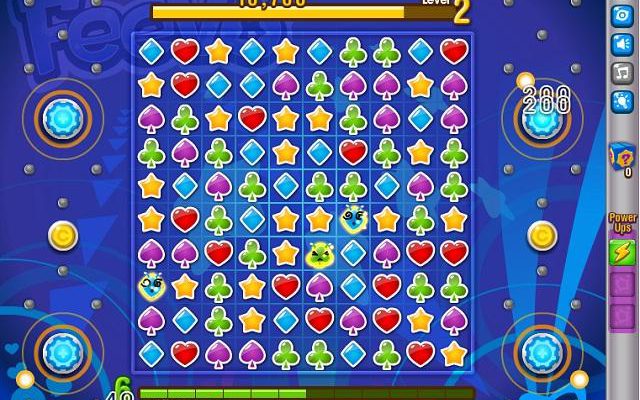 Feevo’s not the most original game on Facebook, but it’s still a good time

Match-3 is one of the dominating casual game genres, but it never took off quite the same way on Facebook. You’ve got Bejeweled Blitz, and… yeah, that’s it. While Tetris Online‘s Feevo bears more than a passing resemblance to Bejeweled Blitz, it’s still a refreshing change of pace from the endless avalanche of management sims and RPGs that you otherwise see on Facebook. Feevo is a title with some interesting quirks as match-3 games go and opts for a turn-based rather than a timer-based limit on gameplay. 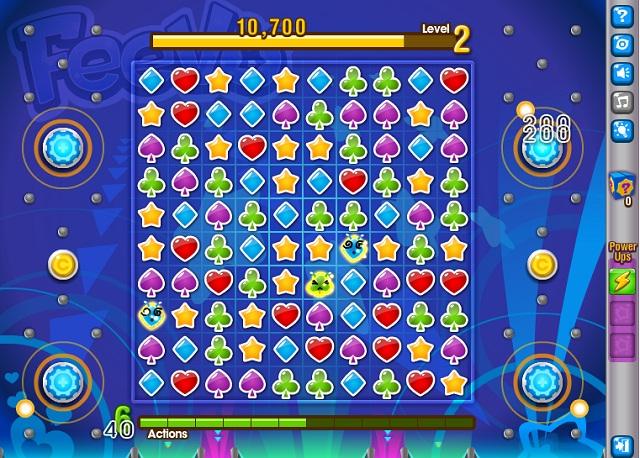 Getting lots of special matches enters you into fever mode, which starts as a x2 points modifier and can be increased to a x5 points modifier. The goal of the game is to get as many points as possible before your turns run out and the game session is over. Generally, a bad session ends quickly while a session where you’re doing better runs longer, since you have more opportunities to refill your turns. When things are getting desperate, you can spend coins to use a Mystery Box or a power-up to see if you get enough points to stay in the game a bit longer. 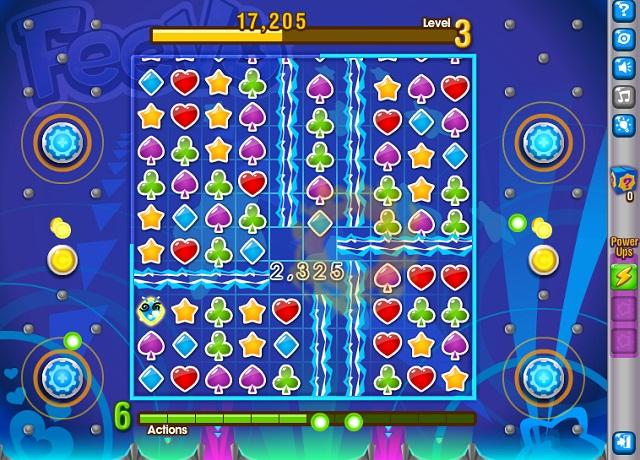 Feevo is a compelling and addictive game that runs well on a laptop and is an excellent diversion during, say, a TV commercial. The game’s format is extremely derivative of Bejeweled Blitz‘s, right down to sorting a player’s friends into a team and awarding prizes based on team score every week. This doesn’t make the game any less fun to play, though. More thought and care has gone into making Feevo a game that’s fun to play in its own right than you often see in Facebook games inspired by the success of another.