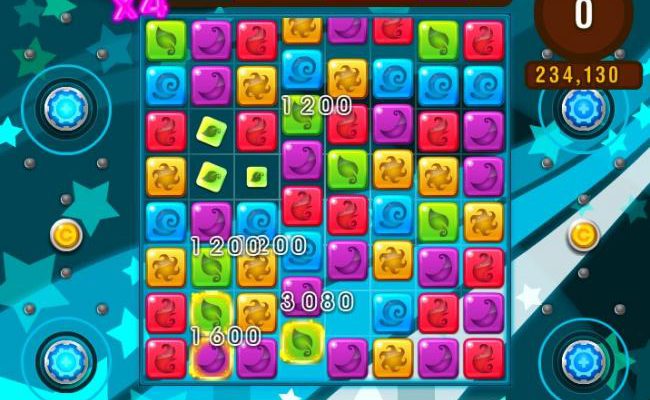 Feevo Blaze brings yet another match-3 game to Facebook

The original Feevo managed to differentiate itself somewhat from the glut of match-3 games by not exactly being a match-3 game. Instead you had to match four or more pieces. But the recent Feevo Blaze falls much more snuggly into the niche created by Bejeweled Blitz. It’s a match-3 game and you have one minute to rack up as many points as possible. It’s certainly fun, with great visuals and explosive gameplay, but it also doesn’t do much we haven’t seen many, many times before.

As always, the goal is simply to continuously improve on your high score. Swapping blocks to make groups of three or more of the same color will earn you points, and matches of four or more will create explosive pieces like bombs. You have exactly 60 seconds in which to get the highest possible score, though, so it’s all about making moves as quickly as possible, making the best use of what little time you have. It’s fast and simple and the unlockable power-ups — though there are only five — are fun to play around with. Feevo Blaze also features an energy system, giving you five free plays before forcing you to wait for the meter to re-charge. 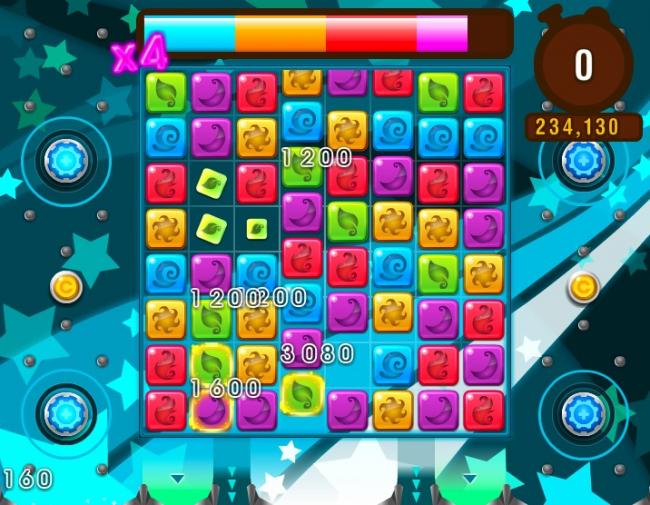 Feevo Blaze‘s one, somewhat defining feature is that it’s a little more over the top than similar games like Diamond Dash. Block swaps will regularly set off massive chain reactions that will see your score rocket upwards, and during the “final blaze” portion of the game, which takes place after your 60 seconds are up, you’ll often see huge explosive reactions that give you even more points without you actually having to do anything. It makes the game a little more exciting, but at the same time also makes it feel a little less focused on skill, since positive things happen unitentionally on such a regular basis.

But other than that there’s not much to make Feevo Blaze stand out from its many excellent match-3 competitors on Facebook. From the colorful art style and formulaic structure, it’s disappointing just how much Feevo Blaze plays like its contemporaries. Unlike its predecessor, which at least attempted to do something new, Blaze is just yet another 60 second match-3 game on Facebook. 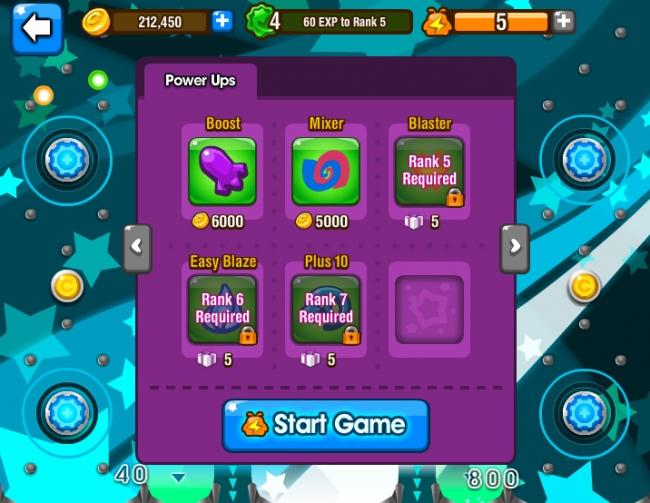 It is a well-made one, to be fair, and those new to the genre will undoubtedly have some fun with it. But if you’re already invested in Bejeweled Blitz, or Diamond Dash, or any of the other frighteningly similar games on Facebook there’s little reason to make the jump to Feevo Blaze.