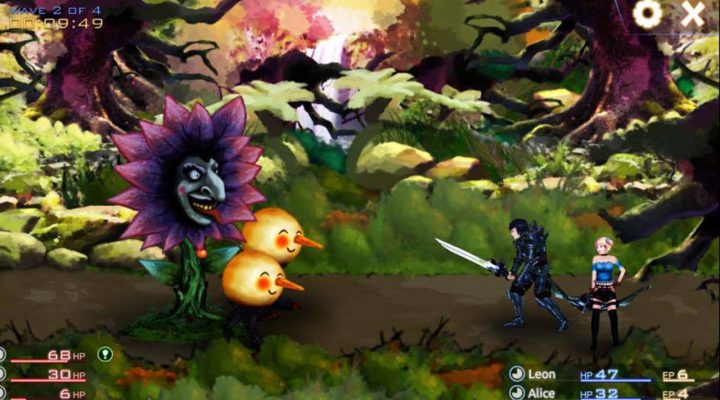 Fearless Fantasy is a turn-based RPG from developer Enter Skies that’s been out for a little under a year for PC gamers, and is just now making its way onto mobile devices.

As an otherwise typical RPG experience, Fearless Fantasy’s main catch is its gesture-based combat. In most RPGs the player selects a combat move for one of their characters, then waits for a little animation and the number-things to happen. In Fearless Fantasy, the player picks their attack for the turn and then must successfully initiate the proper combination of slashes or taps to launch the attack successfully.

I don’t know how well this experience translated for PC gamers, but the gesture-based combat enhances the RPG experience tremendously on a touchscreen device. 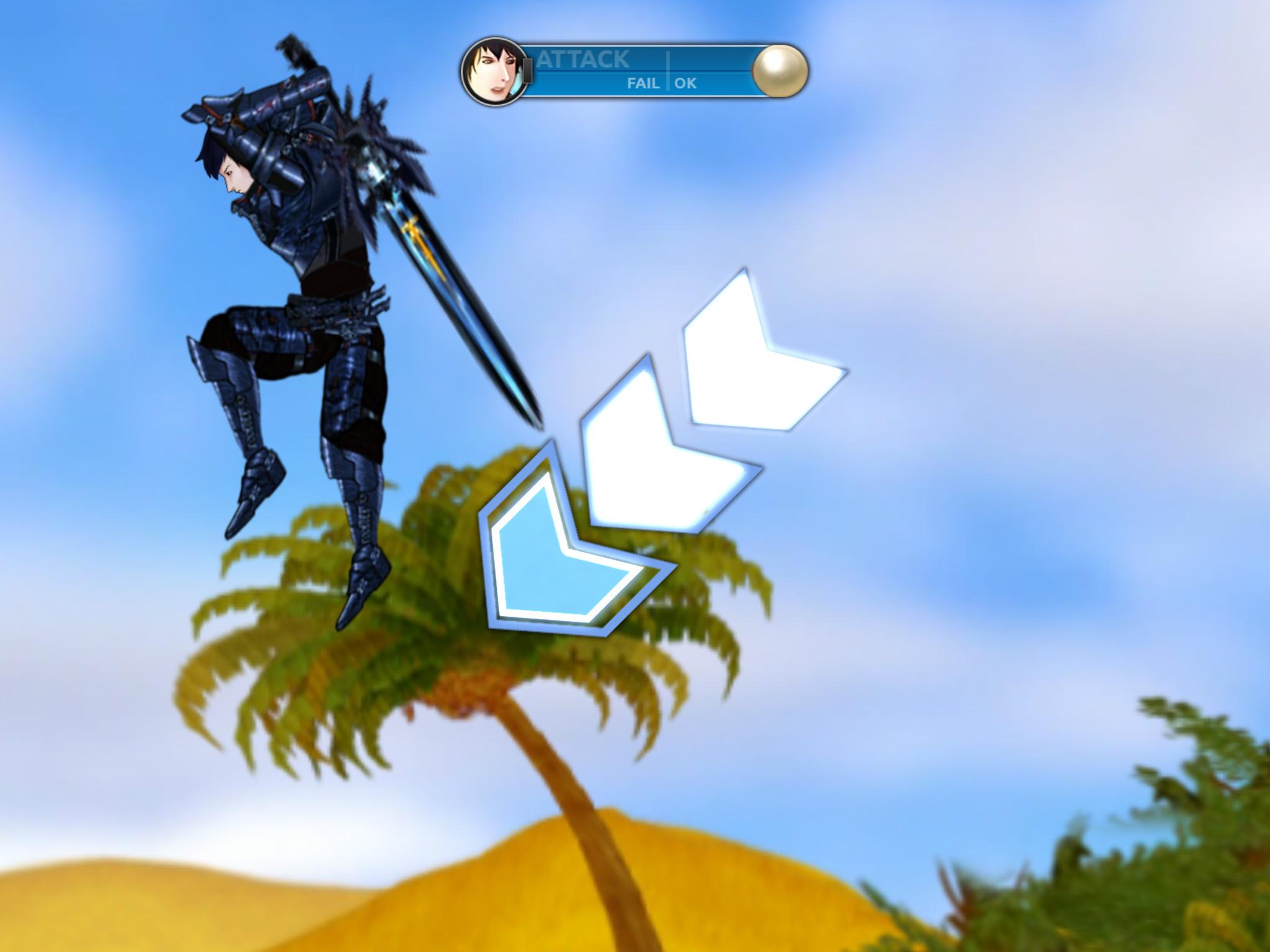 Where most RPGs lose my interest because they feel mindlessly repetitive, Fearless Fantasy retained mine by giving me something to do (something that requires a good amount of skill and concentration) during every single turn. If I wanted my attack to hit with full strength I needed to cross through the arrows that popped up on the screen and tap the circle that appears at the end of the arrows. If I wanted to completely dodge an incoming enemy attack I needed to tap these three circles before their timers expire. If I missed just one segment, I was penalized with either a decreased attack strength or by taking damage.

Even though the gesture-based combat is the main selling point of the game, the first thing you’ve probably already noticed about Fearless Fantasy is how it looks. 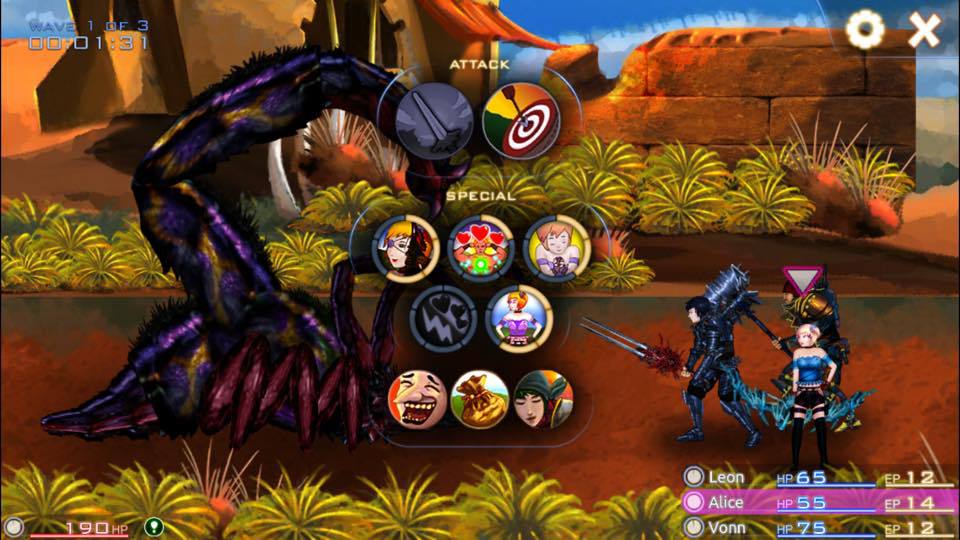 Some of you, especially you Tim Burton fans, may really dig the game’s cartoony-yet-unsettling graphics.

I wasn’t a fan of Fearless Fantasy’s visual presentation.

While I appreciate stylized graphics, I just didn’t find the mixture of art styles appealing. While the enemies are mostly creativity designed (my favorite being  cute little blob monsters that reveal a much more sinister monster underneath their cute, outer facade), there is just something about the art style that just didn’t click with me.

With cutscenes rendered in simplistic pencil-like sketches, the environmental art looking like watercolor paintings, and the character models looking too crisp against the painted backgrounds, the game’s design felt very fragmented. The creativity is certainly there, but it was too disjointed for my liking.

On the brightside, if you can look past the graphics, you’ll be rewarded with some engaging RPG gameplay that doesn’t bog the player down with unnecessary bells and whistles.

As far as RPGs go, Fearless Fantasy is far from the best. But it does some pretty cool things with gesture-based fights, offering RPG fans a new way to partake in RPG-styled combat.