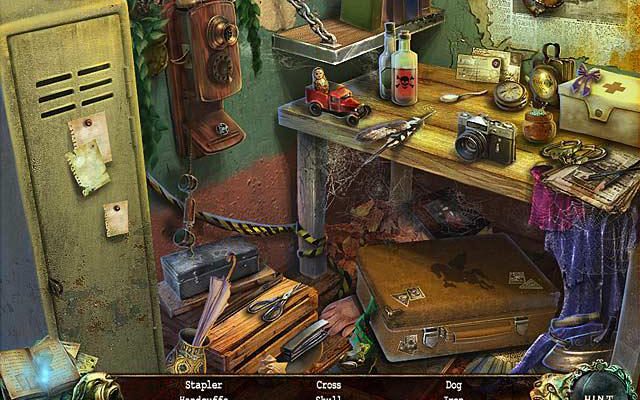 A man-eating house is wreaking havoc on the town of Sunnyvale in Fear for Sale: Sunnyvale Story.

Fear for Sale: Sunnyvale Story presents an unusual twist on the tired haunted house storyline. Instead of a house that is haunted, we have a house that is haunting an entire town. The house, which was destroyed years ago, appears out of nowhere and lures the citizens of Sunnyvale inside, where they disappear.

You play a reporter who is investigating the disappearances as well as a mysterious murder in Sunnyvale. Shortly after you arrive on the scene the ghost house appears and abducts the deputy on the scene. 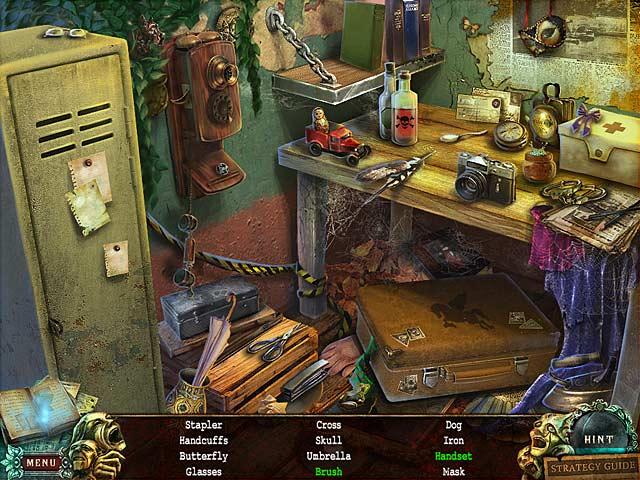 As you explore Sunnyvale you will quickly discover that the town is hiding some dark secrets. Everyone seems to be hiding something and some residents will actively try to stop your investigation. It’s up to you to unravel the mystery surrounding the disappearances and murder and discover the connection to crimes that took place many years ago.

Sunnyvale Story is a hidden object/adventure game and the balance is well done. You will also be solving quite a few puzzles of varying difficulty. The hidden object scenes are well done and the objects you are searching through fit with the scene. There will also be items to find that are listed in green, this means that there is an additional step or two to find these items.

The town of Sunnyvale is fairly large and it’s fun to explore, at first. You will be spending a fair amount of time running from one end of the town to the other and back again as you progress. After a while this feels like artificial lengthening of the game, especially when you only need one item on the opposite end of town and there is nothing else to do in between the two locations. Luckily you can use the hint button to find out what way to go without wasting a hint. 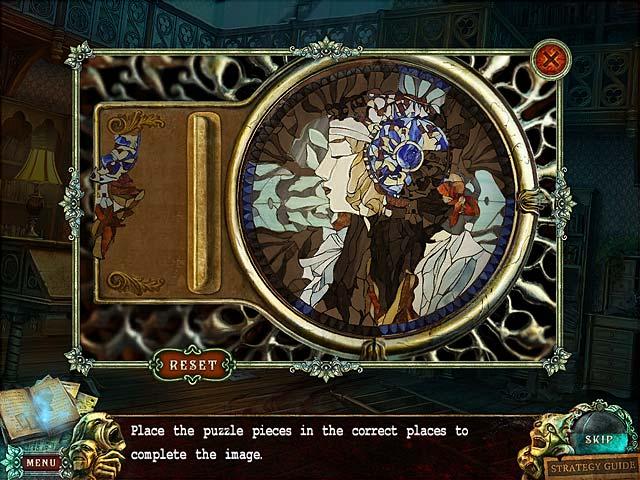 As you uncover the secrets and piece together the mystery of Sunnyvale information will be added to your journal. The information kept in your journal is quite extensive and you can easily miss key plot information if you don’t check it once in a while. Not reading it won’t hinder your gameplay but it may leave you somewhat confused at the end.

The collector’s edition features a fairly lengthy bonus chapter, which opens up new areas as well as allowing you to explore previous locations as well. The bonus chapter also ties up the main story, as well as providing an interesting twist. It’s one of the longer bonus chapters I’ve seen and will take approximately an hour to complete. Other bonus content includes the game soundtrack, wallpapers and screensavers.

While Fear for Sale: Sunnyvale Story may not be the most memorable game it’s still fun to play and provides an interesting story for you to uncover.