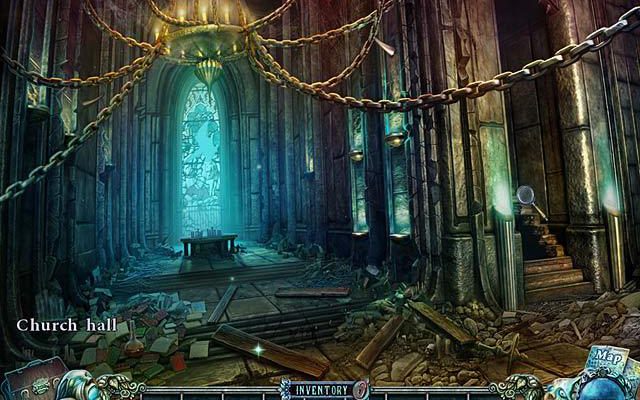 The most dangerous movie invitation ever.

Going out to the movies is supposed to be fun. Of course, kidnapping, locked gates, and disappearing ticket takers aren’t usually a part of that experience. Fear for Sale: Nightmare Cinema paints a gorgeous picture with both images and words, setting you loose in a noir-esque world where you investigate strange goings-on at a movie theater that seems to be hungry for human souls.

Lily Thompson is in trouble. Or, she’s about to be, anyway. Her fiance and your co-worker Adam was invited to a movie screening at The Gate, a theater everyone thought had been shut down. Adam never came back from the screening, and when Lily received another ticket for the show, she started to get suspicious. She enlists your journalistic skills to check out the theater yourself and hopefully find out what’s going on. Getting there, though, isn’t going to be as easy as walking up to the ticket booth and saying hello. 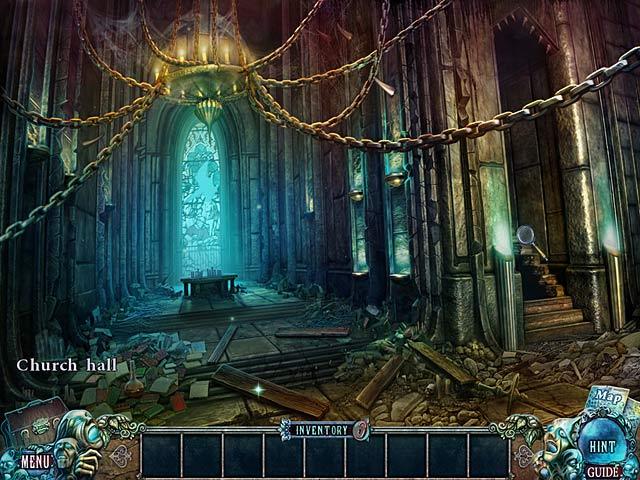 Fear for Sale: Nightmare Cinema employs a nearly equal balance of hidden object scenes, adventure-style puzzles and mini-games to keep you engaged from the beginning to the end. As is the case with most hidden object games, you’ll be granted access to a small selection of screens to roam around in with a number of puzzles blocking your progress. Find the right item to solve each puzzle, opening up new pathways, discovering new riddles, and delving further into the mystery of The Projectionist and the crazy kidnapping business he’s running.

Hidden object scenes are short and a bit on the easy side, but they feature a wealth of interactive objects you’ll get to work with in order to complete area. It’s usually simple stuff like assembling broken items or moving pieces of the environment out of the way, but occasionally you’ll get a scene-within-a-scene to sift through or have a small puzzle to solve before you can tick the next item off the list. If you’re not much of a hidden object fan, Fear for Sale gives you the option of switching to a jigsaw puzzle that can be completed instead.

Collectibles play a huge part in the Fear for Sale: Nightmare Cinema experience. Not only will you pick up tons of inventory items, you’ll also need to keep an eye out for special “beyond objects”, pieces of origami, and several other just-for-fun items that effectively turn the entire game into a hidden object outing. 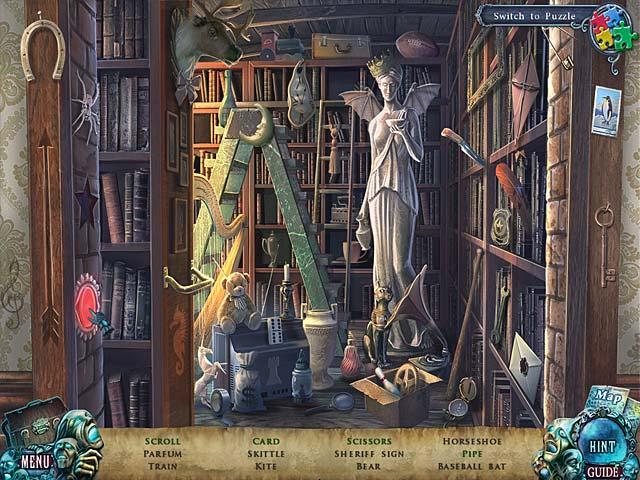 Visually, Fear for Sale: Nightmare Cinema never disappoints. It adopts a wonderful setting that is at once classic early 1900s film noir but with a strange dash of surreal and even science fiction elements. The artwork reflects these design choices quite brilliantly, and whatever group of artists had the pleasure of creating the graphics for the game obviously had a great time doing it. Fear for Sale: Nightmare Cinema is definitely a treat for the eyes.

There’s very little to say about Nightmare Cinema that doesn’t paint it in a favorable light. The length is a litlte on the short side, even though there are over half a dozen chapters to complete and some nice bonus content to enjoy. Otherwise, the game is just a hair shy of perfection. The story, setting, puzzle design and visual direction are all phenomenal. It’s one of those games you’ll eat up the minute you start playing.