Fates Forever Review: MOBAs Can be a Touchy Subject 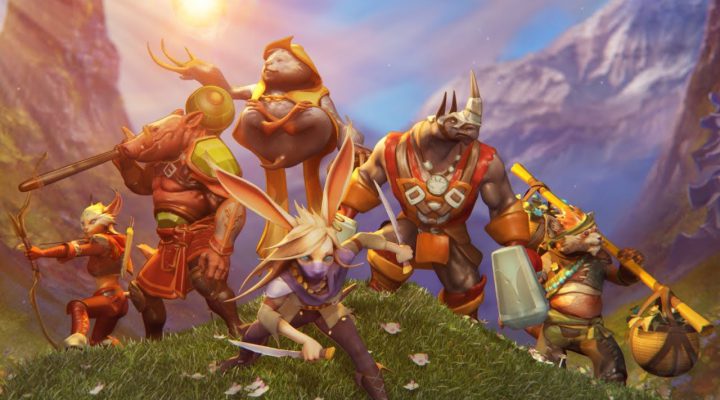 Condenses the MOBA formula effectively, if not perfectly.

Touch control takes some adjusting, if you're used to PC games.

Character design is bland (and there aren't many to choose from, yet).

So, Fates Forever. It’s a MOBA that you play on your tablet. It was an inevitable development in this all-consuming industry trend, and one I’ve been waiting on with some interest. How would it control? How do you condense hour-long sessions for portable play? Is it even possible to play properly without the precision of a keyboard and mouse?

In Fates Forever, the answer to each of these questions is the same: it’s fine.

Of course now we have not just one, but a decent handful of upcoming, mobile MOBAs, and “fine” may soon not be good enough.

The crux of Fates’ differentiating factors is the map. Rather than the “three-lane square” from Dota 2 and League of Legends, we have only two, stretched over a relatively straight line. The consequences are a play area that’s far less open, and a reduction in player count from ten to six.

With these condensed tactics come condensed matches. I find it still a teensy bit long for a mobile commitment, but it’s better than the alternative. 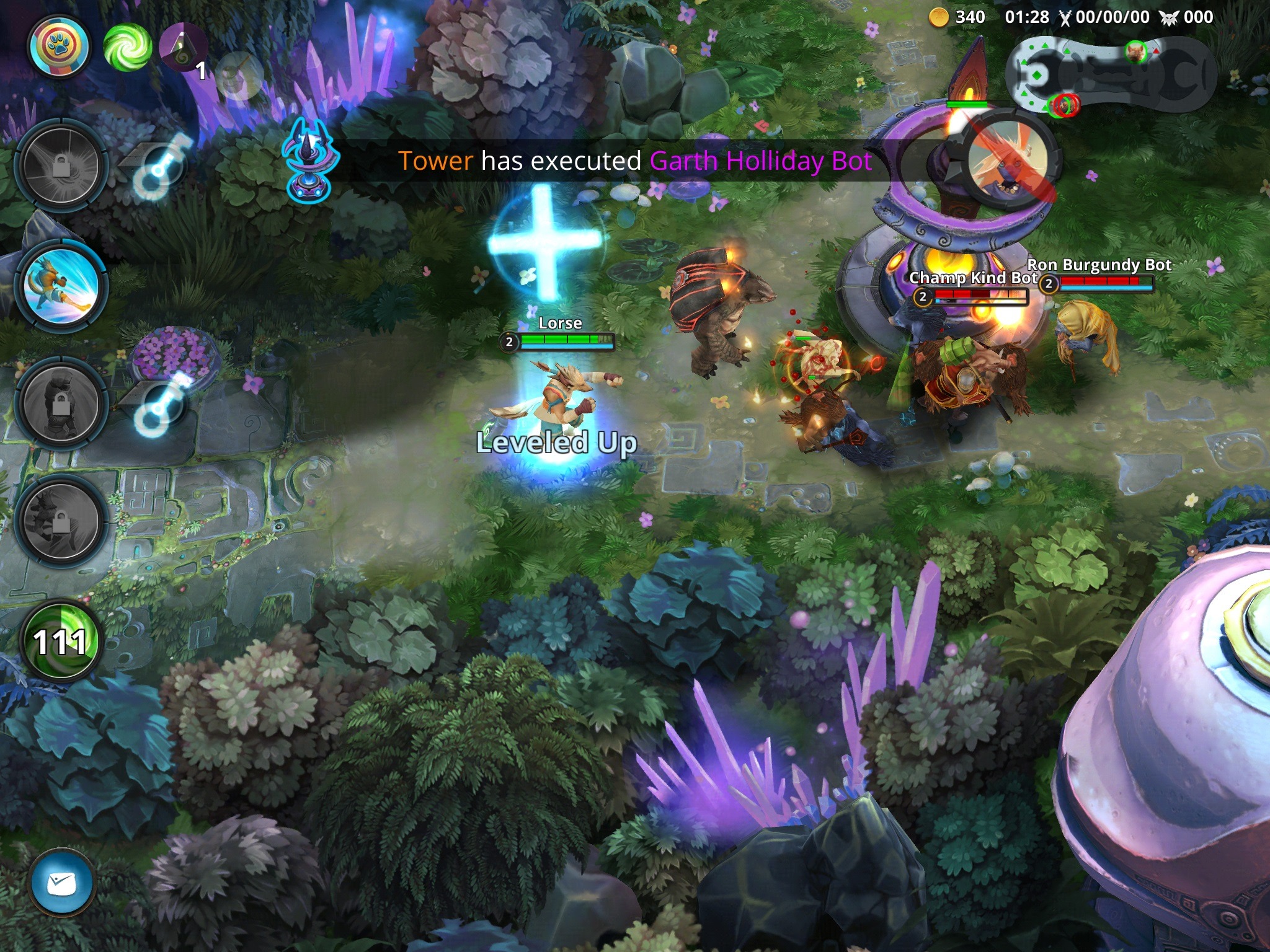 The way you spend those 15 minutes, however, is more-or-less identical to League of Legends and its menagerie of bandwagon jumpers. Kill minions, get gold, buy items, and destroy buildings. Eventually you’ll have to contend with the three other players trying to do similar to you and yours, but that’s blessedly simple thanks to the controls.

Being an isometric game, the touchscreen works just like a mouse.

Tapping the precise target you want takes some getting used to, but you do get used to it. Movement is more variable. Tap where you want to move, and you’ll move there. You can also drag a finger in the appropriate direction, but I wouldn’t recommend it. Holding your hand over the screen reduces visibility, and its just generally imprecise. That’s absolutely suboptimal in a genre that’s half positioning, half timing.

Speaking of timing, you shouldn’t struggle to pop your abilities. They’re set as virtual buttons on the left-hand side of the screen, for use at any time. Some activate on the spot. Others, which require targeting, create a “bubble” around your chosen hero. Dragging from the hero to your target determines the direction of the spell. You’re not likely to miss it.

If anything, you’re more likely to hit your spells too often. Since the two-lane field is entirely horizontal, there’s a great deal of walking left-to-right and vice versa. Going right is no problem, but spell icons block a not-insignificant portion of the southpaw side.

Spend enough time with Fates Forever and you’ll notice a number of such UI niggles; pulling up a spell’s description, for instance. It only requires you to hold down the ability’s icon, which is fine, but the description stays up after you let go. Tapping it hides the skill’s info, but also levels it up if your character has progressed, resulting in a number of misallocated points. 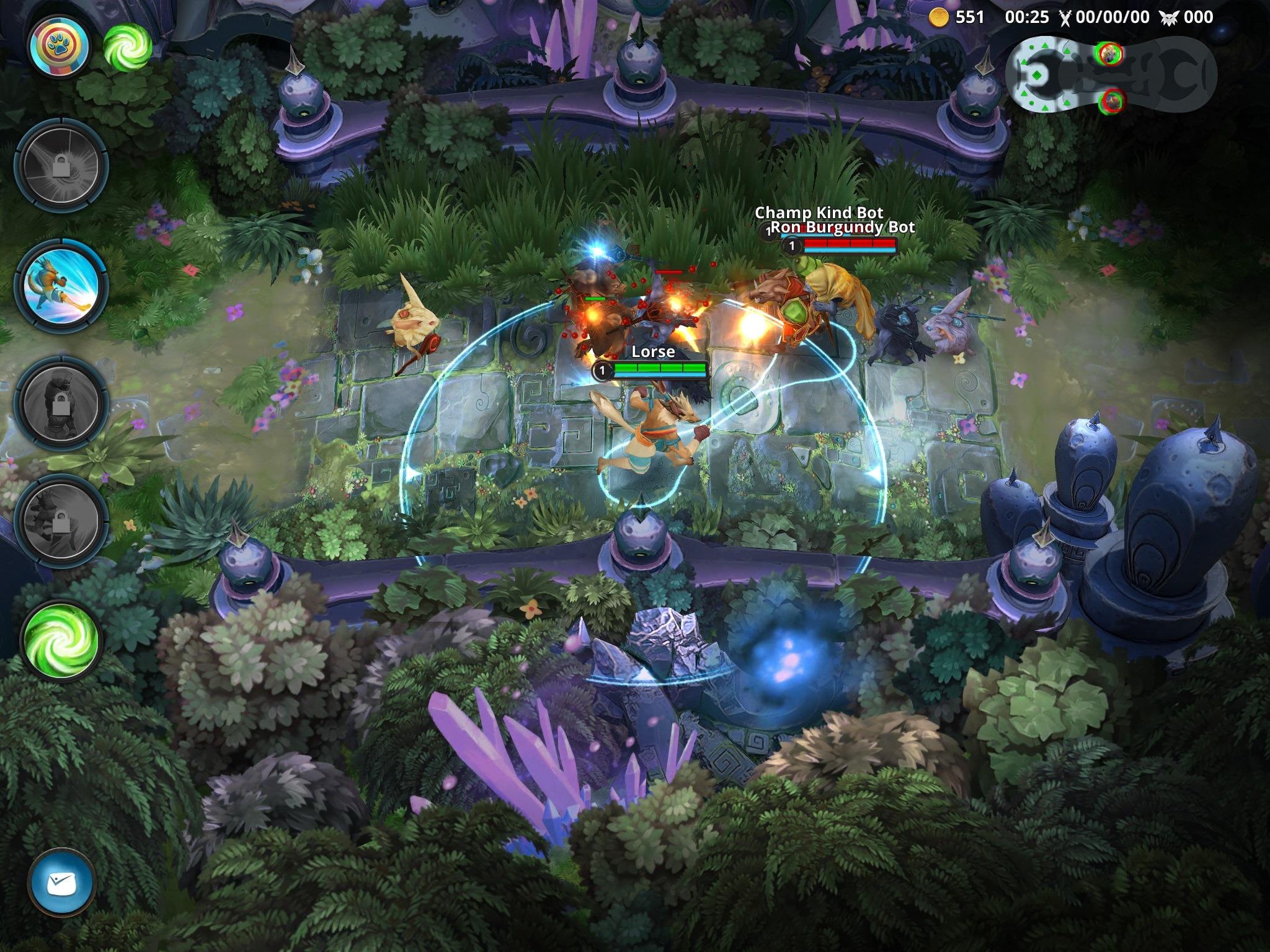 That would be even worse if I actually knew what ranking a skill actually did. The descriptions don’t say, meaning when I did evolve my dashing stun attack, there was no way to tell if it extended the duration, increased damage, or both. Something else entirely, perhaps?

I understand the desire not to inundate players with numbers, but speccing your character is half the fun of MOBAs. The sense of progression is key to the sense of reward (and failure).

Fates Forever relies instead on out-of-match goodies. Like League of Legends, it relies on rotating rosters of free characters, buyable with real money or in-game currency.

This is where Fates borrows liberally from Hearthstone. There’s a Daily Quest structure designed to dole out currency if you complete special objectives. Just as in Hearthstone, it caps at three and recharges one every 24 hours.

I’m not shaming Fates for copying the mechanic. It’s works about as well here as in that game, though obviously entirely new characters cost more than just a booster pack of cards. That said, you earn in-game currency after every round of Fates Forever – even against bots – which is something Hearthstone can’t boast. 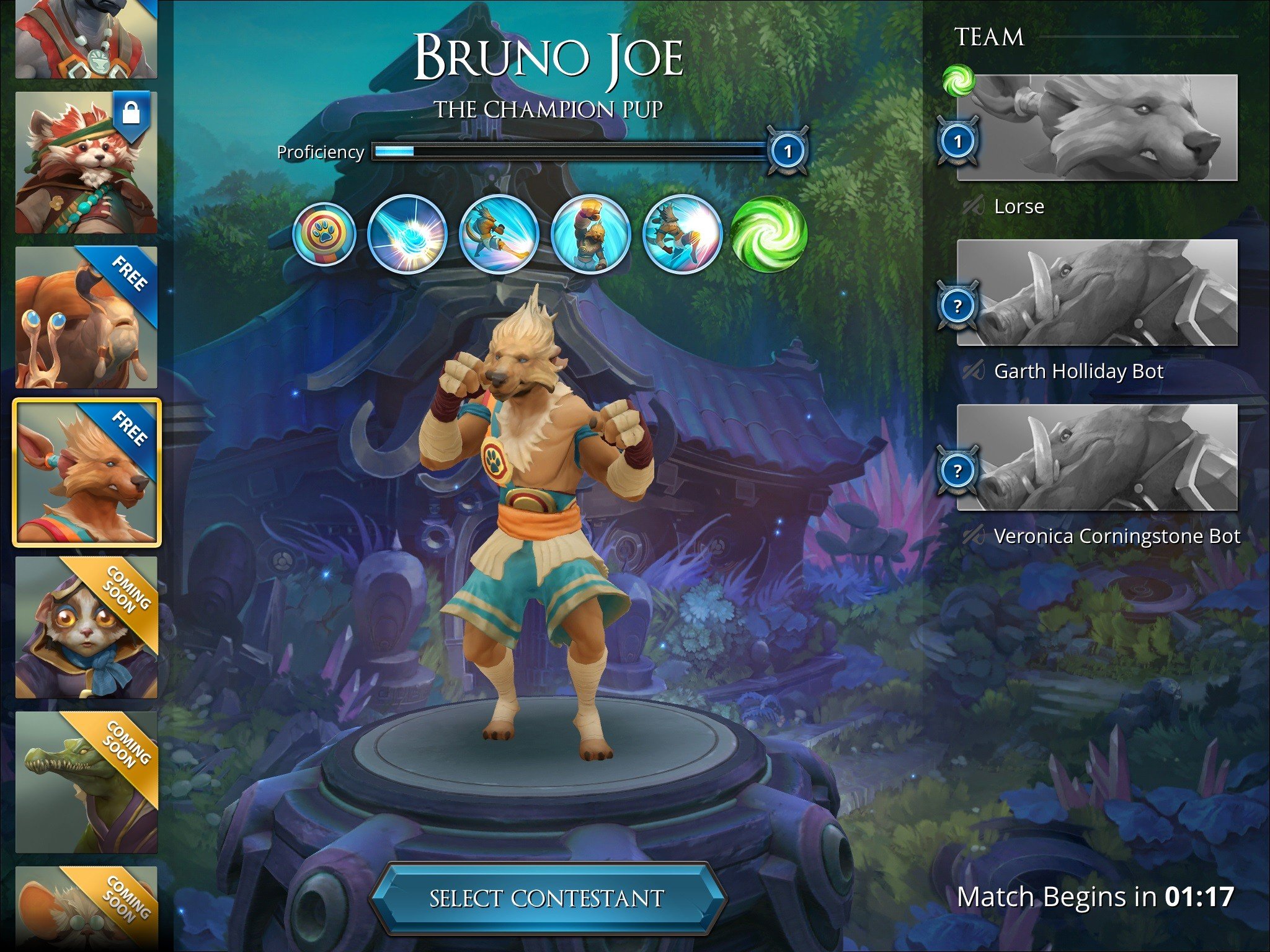 In truth, it’s clear the developers of Fates Forever were trying to build something very much akin to Blizzard’s casual hit – boiling down push-and-pull of MOBA into something quick, simple, and great to look at (the game looks great, by the way, though the human/animal character design is uninspiring).

They just happened to reveal the limitations of doing so in the process.

Even the smallest hands won’t find the same precision as a mouse and keyboard, and covering the screen with finger-meat is an absolute no-no if you don’t want to get ambushed by other players. There’s also the UI hiccups, though those could much more easily be remedied in future patches.

So, MOBAs have made it to mobile, for better or worse. In the case of Fates Forever, it’s mostly for the better. The only question we haven’t answered is whether “mostly” will hold up when other developers follow suit.