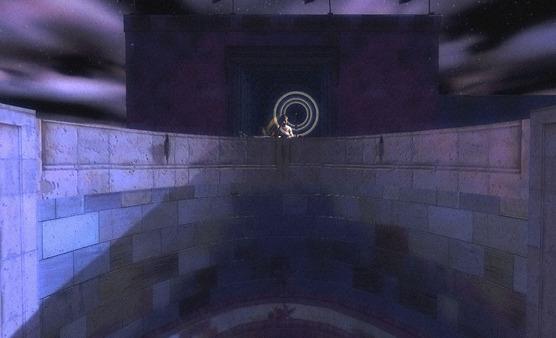 Fatale isn’t so much a game as an interactive experience. Though it shares some common traits with games, the real point of Fatale isn’t to overcome a series of obstacles in an attempt to reach a specific goal, but instead to simply explore. You can move through the haunting world at your own pace, absorbing as many or as few details as you want. As such, this isn’t a game for everyone. It’s slow, short, and vague and is hindered by some incredibly sluggish controls. But for those with a little bit of patience, Fatale offers up a wholly unique experience.

The game wastes no time introducing you to its world. As soon as you boot up the game, you’re immediately thrust into the experience, with nary a menu to be found. You’re in a dark subterranean prison of some sort, with no idea of who exactly you are or where you might be. You can move around and jump — though there’s little reason to do so — but other than that your actions are limited. You can’t actually do anything but explore. And wait. Wait for your own execution.

As you move about the cavern you’ll come across walls of text, quotes from Oscar Wilde’s play Salome. Fataleis an epilogue of sorts to the play, taking place directly after the beheading of John the Baptist as ordered by Princess Salome. You play as John, starting at the moment of his execution, before moving on to his ghostly afterlife. The scene in the prison serves as an introduction, while the rest of the game takes place in the aftermath.

The second portion of the game has you floating around a still scene, exploring its tiny details. There are a few other characters around — such as Salome and the executioner — but they’re unmoving, frozen in time. You can simply observe them. Though you’re free to explore at your own pace, the game does provide a few goals to help guide you along. Throughout the scene you’ll come across numerous lit candles, which you can put out. Doing so not only helps time progress, moving the evening ever closer to early morning, but also points you towards key places of interest that you might otherwise miss.

You’ll come across numerous details, big and small, none of which I’ll ruin for you here. These help make the idea of exploring the world presented by the game very enticing. But you’ll also want to explore simply to look at the beauty of the game. While not necessarily impressive from a technical standpoint, Fatale is certainly impressive artistically. 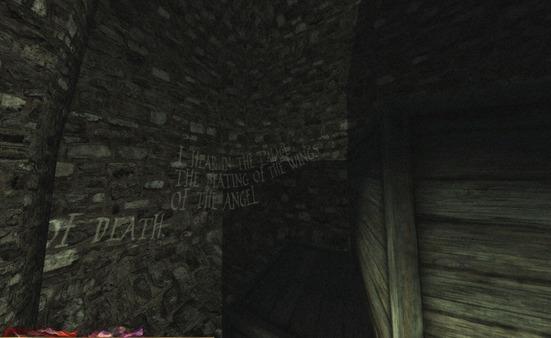 Subtle visual effects help create the illusion that you really are an apparition visiting the scene of your own death. And though there are just a few, the characters look wonderful. This is the kind of game where looking closely will yield rewards. Not to be outdone is the sound design, which features haunting soundtrack coupled with eerie disembodied whispers and heartbeats that are more than a little unnerving.

But for all its artistic promise, Fatale can be incredibly frustrating. It gives little in the way of directions, forcing you to figure out what to do on your own. Which, in some cases, is simply nothing. This creates some frustrating moments where you’ll simply be wandering around aimlessly, unsure of what you’re supposed to be doing.

And the controls are incredibly sluggish and unresponsive. Whether you’re walking around a prison or floating around a castle, simply moving can be very frustrating. It’s especially bad during the floating portions of the game, which you control by pointing a cursor in the direction you want to go and clicking. Sounds simple, but as the cursor is often difficult to actually see, it’s easier said than done, and you’ll frequently find yourself going in the opposite direction from what you intended. Thankfully, there’s no real rush in the game, so at least the controls won’t result in death or failure. 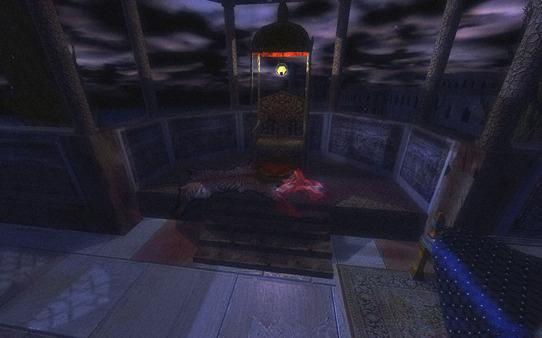 Fatale is also incredibly short, as you could finish the entire experience in around a half hour. Of course, you could spend much more time in the game, simply exploring, digging for every last detail. This also provides a small incentive to replay the game, as you can try and find points you may have missed the first time around.

It’s not really a game, it takes less than an hour to play, and the controls are frustrating. But Fatale is still worth playing. If you have even a passing interest in games as an art form, it’s a half an hour you should not miss out on. Just be sure you can deal with the game’s many flaws. But for everyone else, this is most likely a game that will be both confusing and frustrating, and not particularly fun in the traditional sense.