Home / Reviews / Fatal Passion: Art Prison Review – May as Well Do Some Time

Fatal Passion: Art Prison Review – May as Well Do Some Time 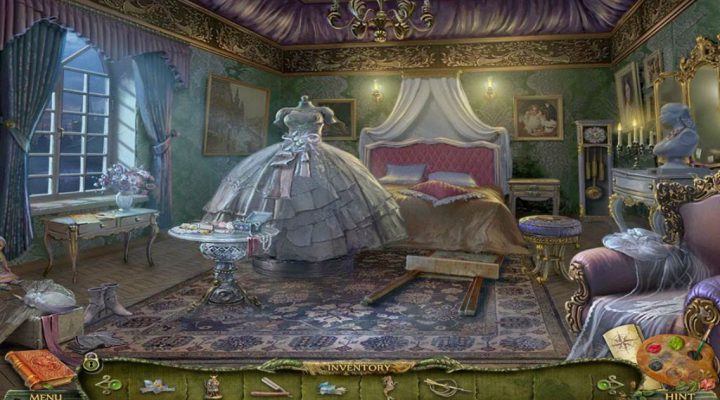 A nice variety of puzzles.

The story's decent, but cliche.

Game looks and plays similarly to many other adventure games.

We all know art is a product of passion, but we rarely see that passion taken to the extremes presented in Fatal Passion: Art Prison. In this puzzle / adventure game, paintings come to life at the bidding of an artist suffering from a severe case of unrequited love. Predictably, all that living graffiti makes a big, big mess.

You play through Art Prison as a well-to-do gentleman (you have a hot air balloon, you’re doing OK) who’s on his way to his niece’s wedding. Alas, your flying contraption is grounded for good by an angry dragon, of all things. You hoof it the rest of the way into town and discover the place is deserted — except for the monsters and traps brought to life by some kind of paint-based black magic.

The person behind the paintings is Edmund, an artist whose romantic advances were rejected by your aforementioned niece. As you can tell, his coping skills are top-notch. 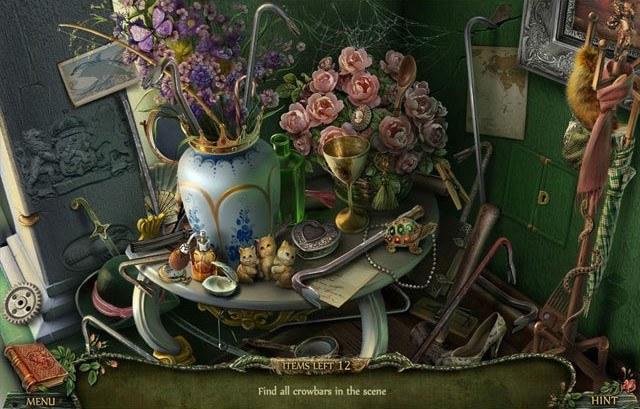 Luckily, it quickly becomes obvious you’ll be able to fight fire with fire — or paint with paint, as it were. You acquire a magical palette of your own that also brings paintings to life, but it’s useless until you find materials with which to make appropriate colors.

The magic palette is an interesting gimmick, but unfortunately, it’s never used in any particularly creative way in Art Prison. Finding the necessary binders and color bases is usually a matter of clicking on appropriate hotspots and then solving a puzzle to pick up what’s there. The act of painting is usually automatic, though there are some instances where you connect dots, etc. 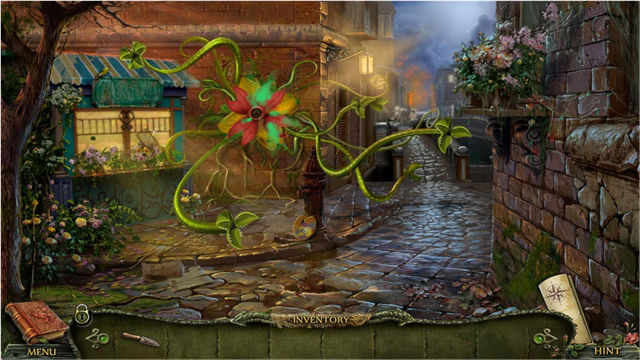 You click on hotspots to pick up items of interest (or to use said items on target areas). As usual, there’s a bemusing “chain of command” that’s expected of adventure games: A pair of pliers will free a tailor’s needle from a stump, which can be combined with thread to sew up some bellows, which you then use to make a fire hot enough to melt lead, which is then fashioned into a bullet.

And so on. It’s the kind of thing that you probably take comfort in if you’re a fan of adventure games.

“Comforting” is a good word for Art Prison. There’s a decent variety of puzzles, including hidden object hunts, picture assembly, a twisted take on Memory, and a movement puzzle involving a hunter and a wolf that I particularly enjoyed. The music is moody and atmospheric, and the backgrounds offer detailed depictions of rain-slick cobblestones and haunting ships. It’s nothing you haven’t seen before, but at least it’s all presented nicely. 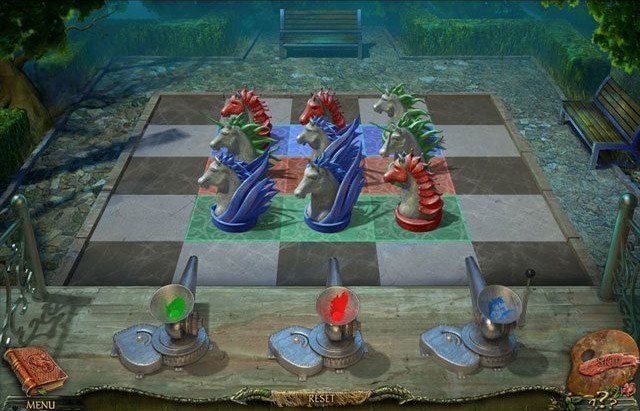 In the same vein, the story driving Art Prison won’t leave you with your face pressed up against the screen in anticipation, but it feeds you enough to keep you interested. At any rate, you want to track down Edmund and ask him what his major malfunction is.

Fatal Passion: Art Prison isn’t as heart-pounding as its title suggests. In fact, everything about it runs warm, not hot. If you’re a big fan of hidden object adventures, there are enough puzzles and pretty pictures here to keep you interested. If you’re a little pickier about the genre’s offerings and would rather go for something more exciting or innovative, fly over this one in your magic hot air balloon.