Fat Princess: Piece of Cake Review – Free-to-Play That Gives Back 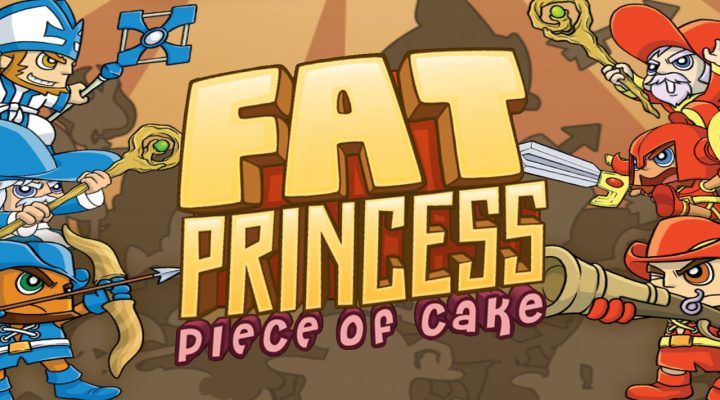 Hey, you can get a free game out of this!

Having to fight enemy formations is actually a pretty creative addition to the genre.

It's a match-3 RPG, and isn't anything revolutionary in what it does.

Here’s a free-to-play game that gives back. Fat Princess: Piece of Cake comes with a free voucher for the PS3 version of Fat Princess, Sony’s 2009 online multiplayer game. As a library title whose prime selling point passed a long time ago, it’s not the greatest deal in the world – but still, this is a free-to-play game that is going to give you a $14.99 game for free, so long as you make it to level 15.

Thankfully, the game doesn’t pull a lot of tricks, like making level 15 impossible or locking the voucher behind an impossible challenge level. I earned the voucher without spending a dime, so hey: free game for playing a free game! It’s the best bargain I’ve seen since getting a $20 mail-in rebate from Gamestop for buying Phantom Dust on Xbox, which itself was $20. All you have to pay for Fat Princess is your time and a Facebook login. 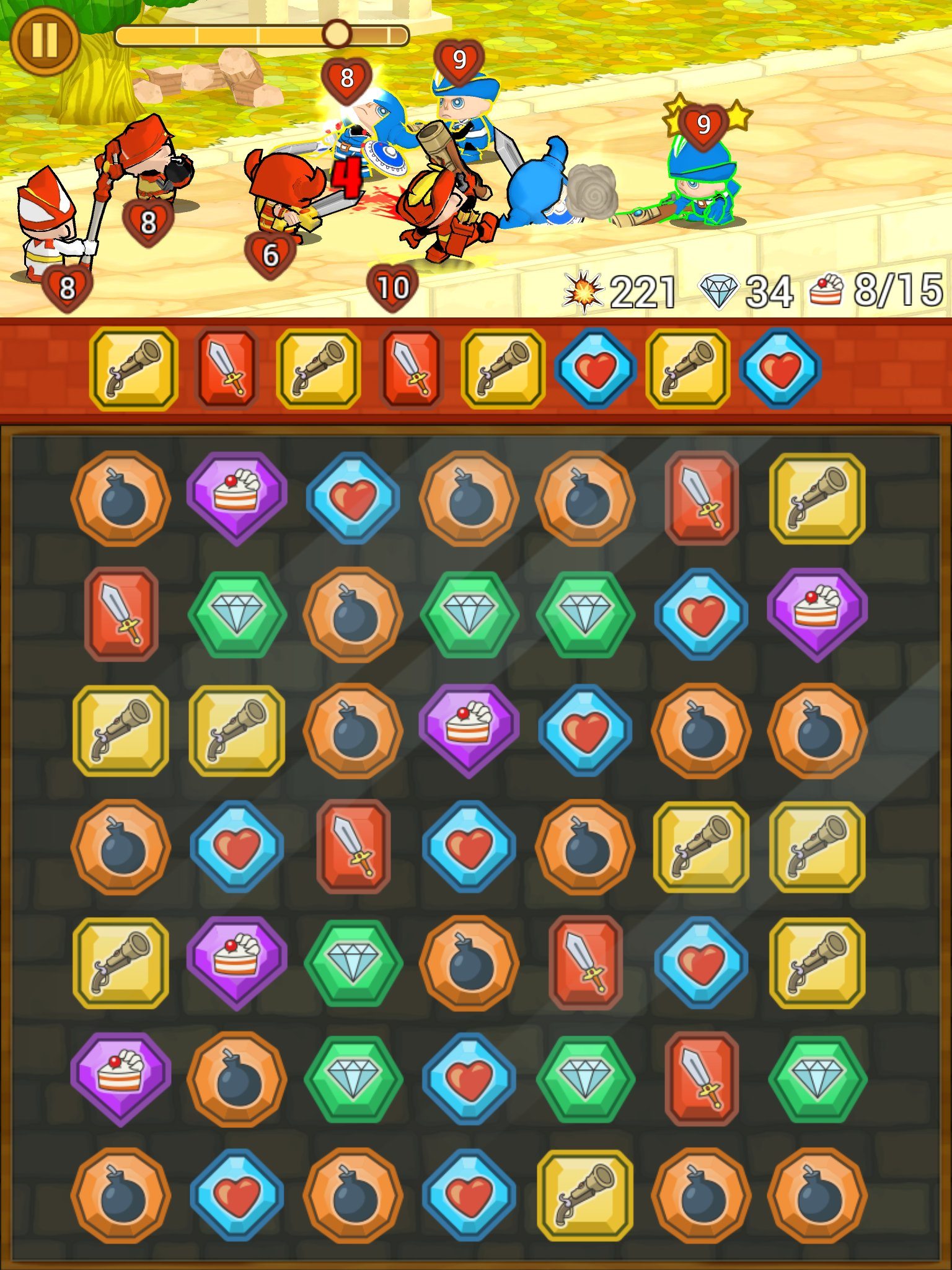 Sure, getting a free copy of Fat Princess is the big hook here, but what about the match-3 game itself? Fat Princess: Piece of Cake has got some cleverness to it, but if it didn’t come with a free PS3 game, I wouldn’t see much of a reason to pay attention to this when there are so many other match-3 RPGs worthy of your time (Adventure Xpress, for example).

The goal is to make matches to attack with different units: a warrior who hits an enemy with a sword, a gunner who hits all enemies in the front row, and a bomber who does damage to the first two rows and stuns. There are also healing matches that can be made to heal all the characters, diamonds for additional currency rewards, and cake, which can be used to charge up the eponymous hefty princess who too can attack enemies.

It’s possible to spend diamonds (the soft currency, as opposed to coins, which are the hard currency for some reason) to upgrade characters. There are boosts to buy and power-ups to use in-game. When characters are killed they can be revived by healing, or by making matches of their color of gem, though of course this means one fewer attack to use. 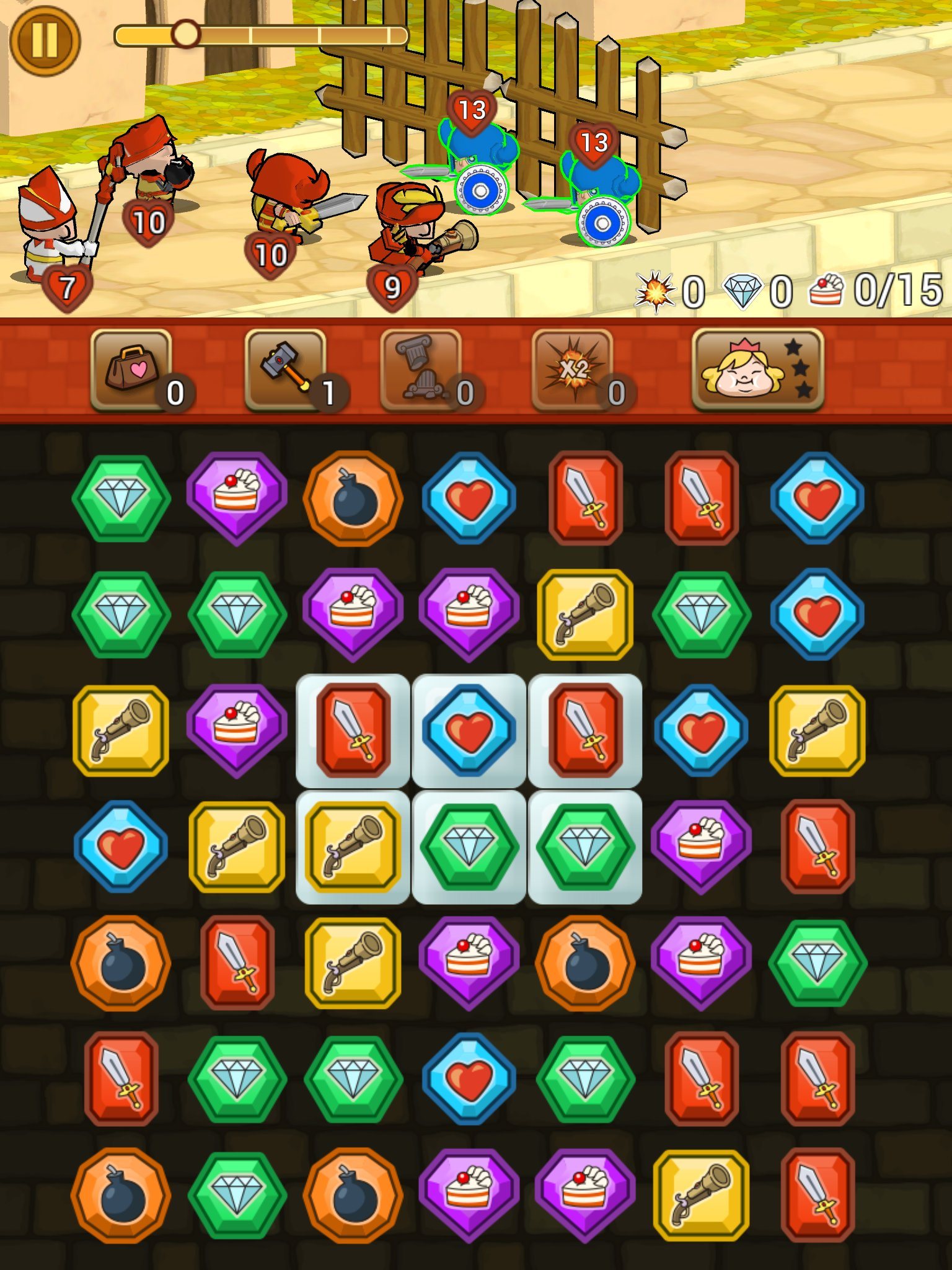 The game’s use of enemy formations throws an interesting wrinkle into which sort of attacks are worth using – if a powerful enemy up front needs to be taken out, it’s worth going for the red swords. If there are lots of enemies in the front row, go for the gun. If there are enemies in the middle row, go for the bombs, which also stun enemies from attacking on their turns. It’s a fresh alternative to elements beating one another like in other match-3 RPGs.

There is an energy system, but it recharges within a couple of hours. It’s also possible to buy out of it, but that requires spending $20-$25 for the coins to do so. Upgrades start to cost more gems down the road, and battles are of course a lot easier by purchasing the boosts. This is fairly standard free-to-play match-3 RPG stuff, of course.

Beyond the free game and the formations, there’s nothing too groundbreaking here. The production values feel a bit lesser than they should be for a Sony-published games, as the map is too flat, the gems could pop out a bit more, and the game gives too much space to the gem board and not enough to the battle on top.

Fat Princess: Piece of Cake is not a bad example of a match-3 RPG, it’s just a rote experience once you get past the fact that you get a free game for playing it long enough. And while it’s worth it for that, well-seasoned vets of the genre shouldn’t be surprised if their interest falls off shortly after.