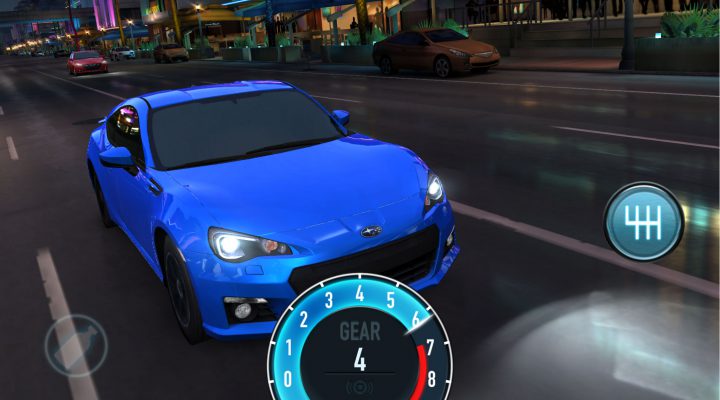 Three kinds of racing linked by a story that weaves through Fast & Furious history.

More action to go with the racing, just like the movies.

Very nice looking, as you'd expect from this series.

Takes a while to save up enough currency for new cars, which you get randomly from crates.

At this point, would anyone really be surprised if there’s a Fast 12 or Furious 13 a decade from now? Since the Fast & Furious film series shows no signs of running out of gas, Kabam decided to pump the brakes a bit on games based on single movies and came up with Fast & Furious: Legacy. Set in a “post-Furious 7 world,” it’s still got racing and filling a garage with cool cars in its heart, but with a story and some new gameplay twists too.

While Vin Diesel’s Dominic Toretto is presumably not killed off in the new movie, he’s also not in this game. Plenty of other characters from the movie are, though, including Tyrese Gibson’s Roman Pearce, Ludacris’ Tej Parker and even Bow Wow’s Twinkie (he wrote, knowing that the phrase “Bow Wow’s Twinkie” is only going to confuse people who haven’t seen the films). They’re your guides to the game’s Story Mode, which weaves its way between far-flung locations like Miami, Rio and Tokyo. 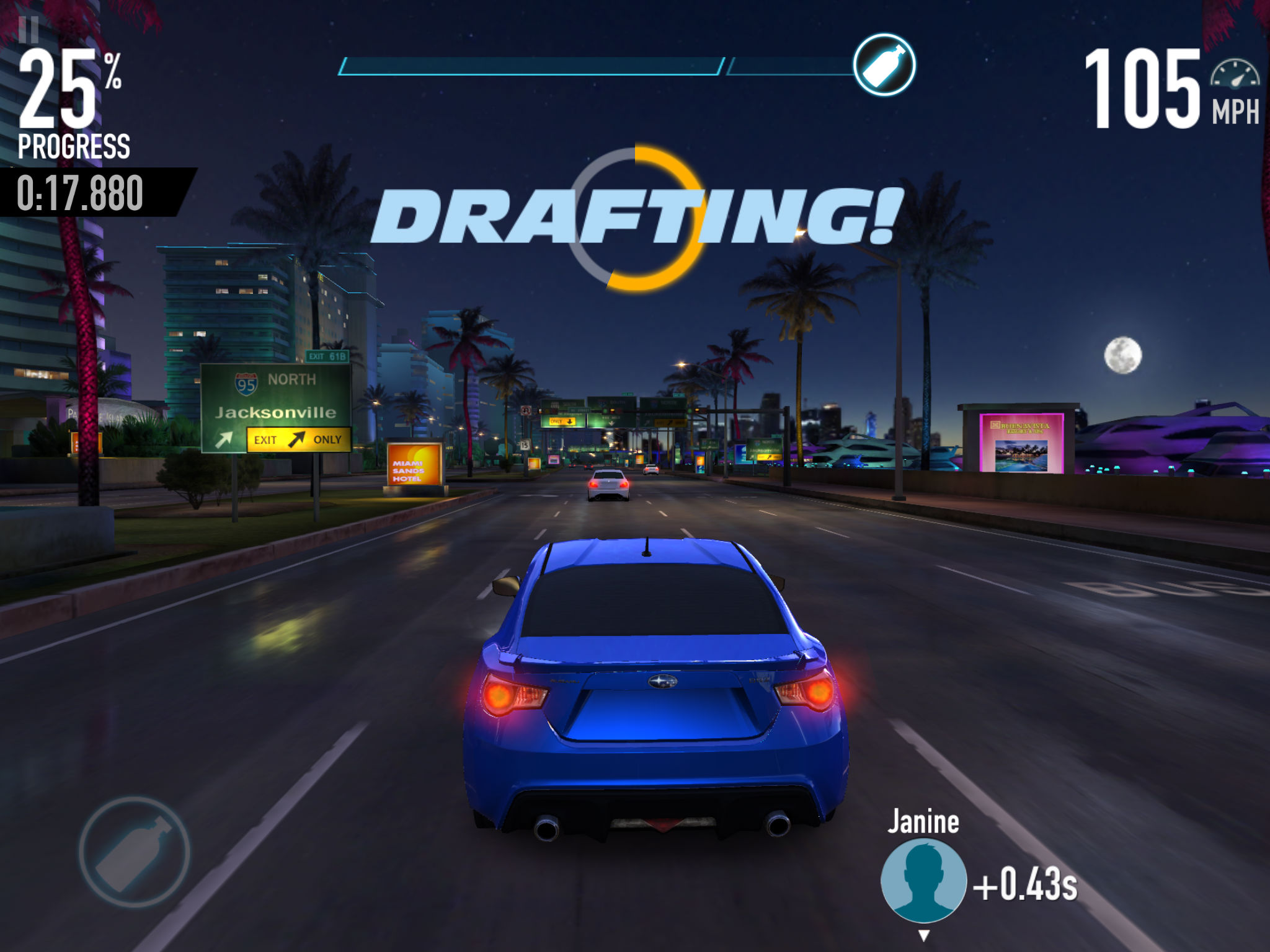 Progressing requires mastery of three different kinds of racing skills: drag racing, which simply requires good timing on your shifts, street racing, where you have to switch lanes while drafting off of other cars for more speed, and drifting, or as I like to call it, controlled crashing. Legacy does a nice job switching between the three racing types as you go, ostensibly for reasons related to the story.

In addition, just as the movies have amped up the action and gone away from being strictly focused on cars, there’s a bit more of that here. The street races have some crazy jumps — and they actually serve a purpose, since they refill your nitrous — plus you’ll occasionally end up getting chased by the cops and have to outwit them to complete the level. Other times, you’ll have to perform a takedown on a returning villain from one of the movies or one of his henchmen by catching them on the road and ramming them until they flip over. Consider it the good kind of road rage.

Since none of the racing is super complicated, the simple tap-based controls work well for drag and street racing. Drifting is a little trickier, as you have to drag your finger to lead your car in the direction you want it to turn, and the further you get off the center line, the sharper you’ll turn. Not ever having drifted in real life except for when black ice insisted I do so, I’m guessing it takes a little while to get down pat. 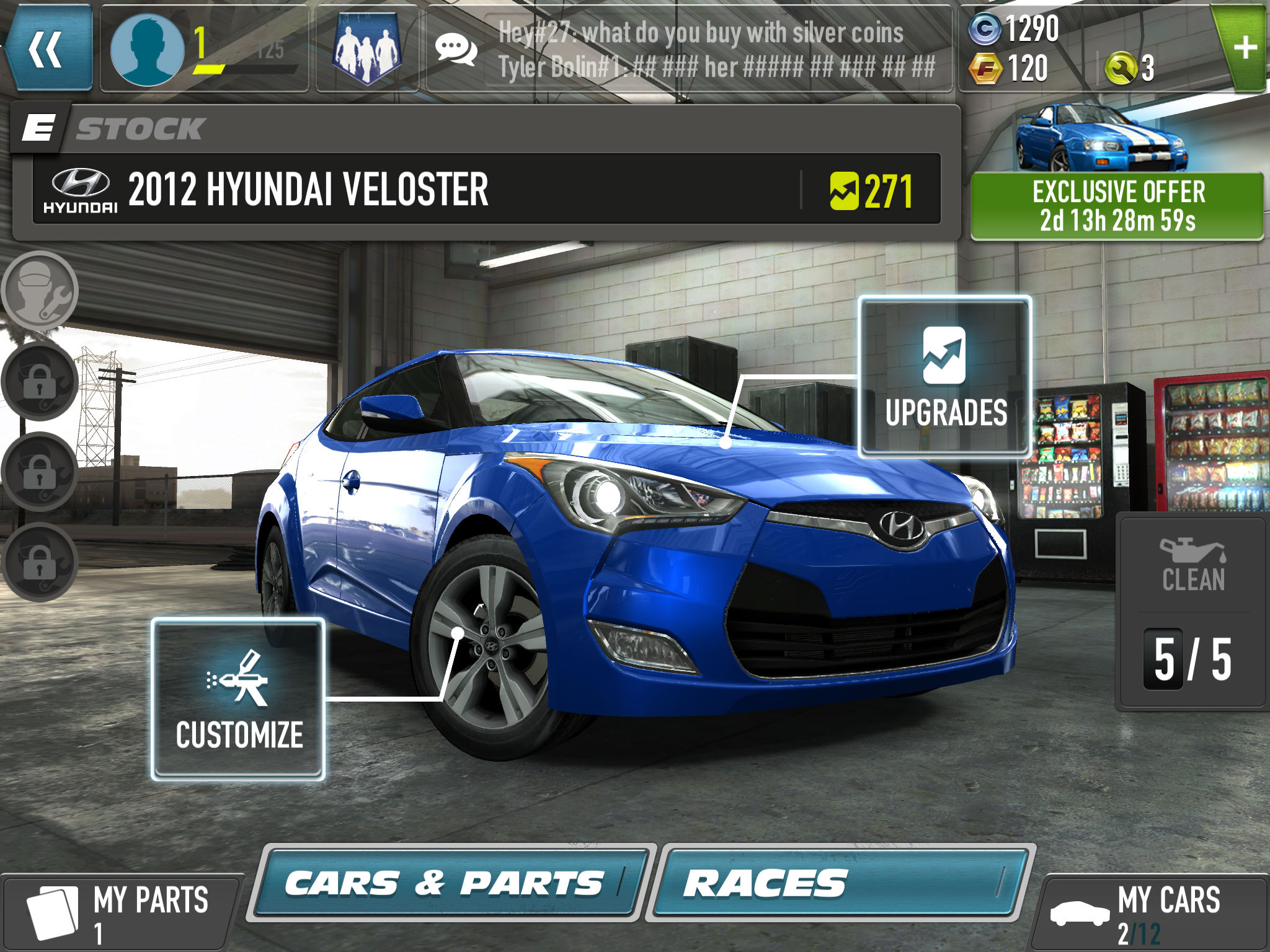 In-between races, you can hit the garage to perform both performance and cosmetic upgrades to your rides. The former are mandatory in order to keep progressing through more difficult races, while the latter not only give you bragging rights but also can gain you bonus experience and currency just for racing once you do enough of them. The upgrade system is a little complicated — you can power up different aspects of a car, but then need to collect parts to continue once they are maxed out — but this does let you keep even early game cars viable for quite a while.

Of course, you’re going to want some variety in your life after a while, and you can use the game’s premium currency to buy crates which contain random new cars. The game seems pretty generous about allowing you to earn gold just by racing, but you need a lot of it to buy the crates, so it kind of balances out. The other reason to have multiple cars in your garage is that you can only play five races until you need to get an oil change, which takes that car out of commission for several hours. You can simply switch to another car to keep playing, but only one car can have its oil changed at any given time, which really stinks. Even my local Jiffy Lube has more than one bay!

You can ask for help speeding up the oil change timer from other members of your Crew, which is what Legacy calls its groups of up to 20 players. That adds a social aspect if you’re looking for one, but it’s certainly not mandatory. 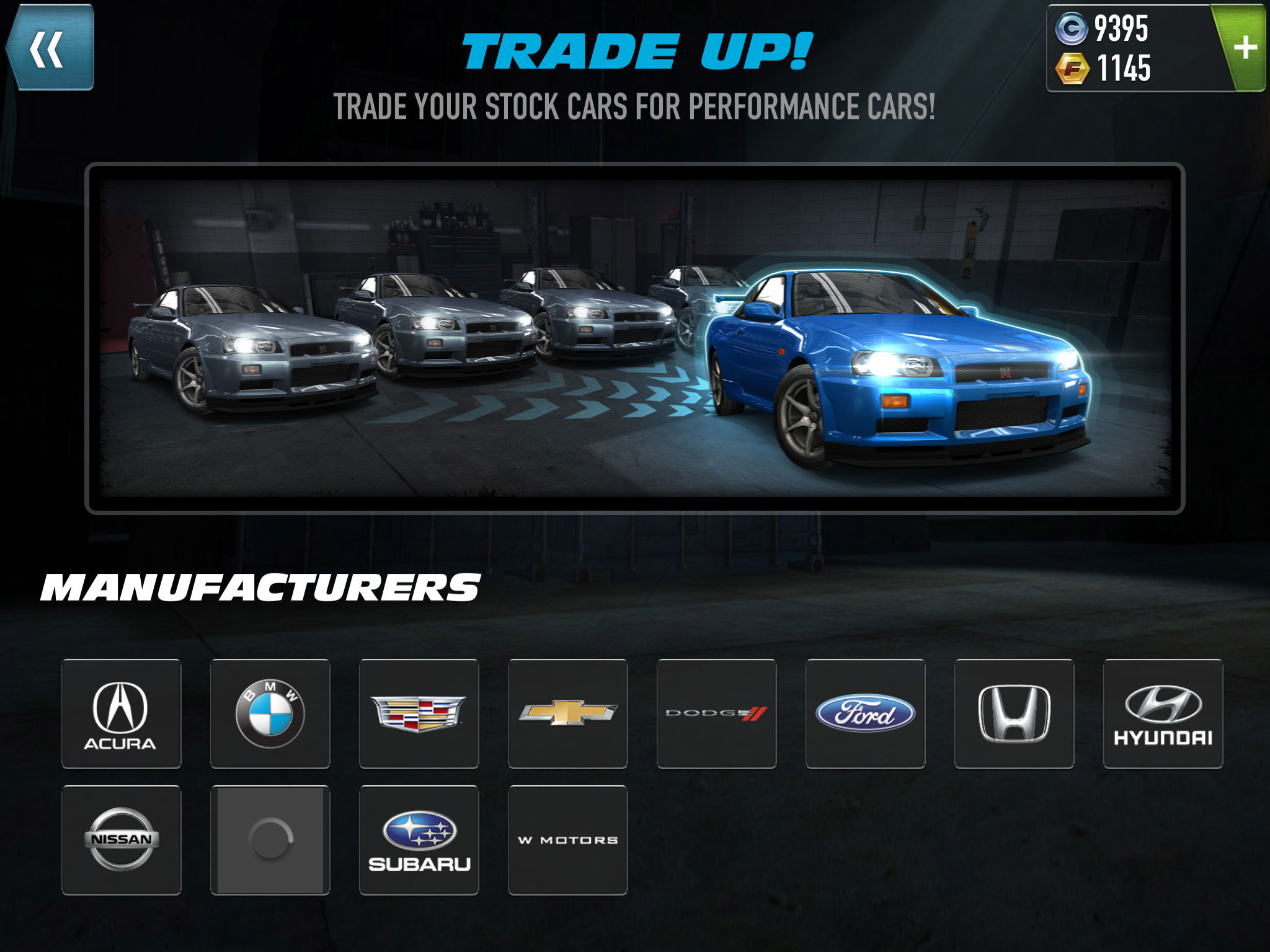 Kabam’s Fast & Furious games have alway looked really nice, and this one is no exception. Everything to the automobiles to the backgrounds looks like it came straight out of one of the movies, and the selection of licensed cars is pretty extensive, with more undoubtedly on the way. The music feels very appropriate as well, but a word of caution: you might want to play this with headphones around other people, because the engine noise during races is quite loud.

It’s always a little daunting to try to keep a successful series fresh without breaking what already worked, yet Kabam managed to pull it off with Fast & Furious: Legacy. Fans of both the games and movies should be pretty happy, and there sure seem to be plenty of both out there.