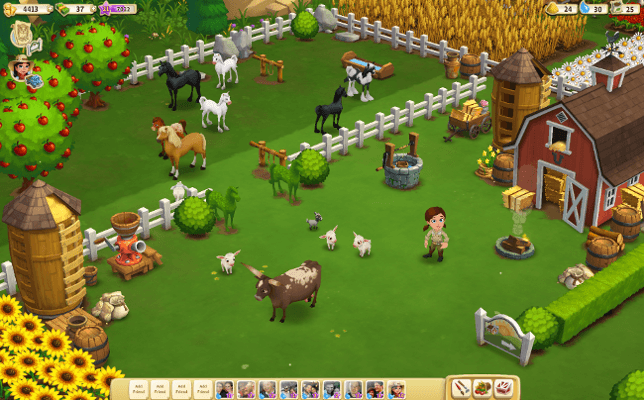 The requests section of your Facebook is quivering in fear

It’s not an exaggeration to say that if you didn’t play FarmVille, you knew someone who did. Probably more than one someone, because it was popular enough that it practically became synonymous with social gaming on Facebook. Now that the original is long in the tooth and Zynga isn’t the all-conquering force it once looked like it was becoming, FarmVille 2 was probably inevitable. It’s got a much glossier look and a more laid back vibe, but that still might not be enough to cause farm hysteria again.

The first thing you’ll notice when diving into FarmVille 2 for the first time is its extra dimension, as in three instead of two. Where the first game had the illusion of depth, this one has every object on the farm rendered in 3D, and the results are impressive. Yes, Zynga’s trademark art style may be old hat, but it’s never looked like this. Even the small details stand out, like the way the wind chime reacts with sound and motion when you mouse over it. 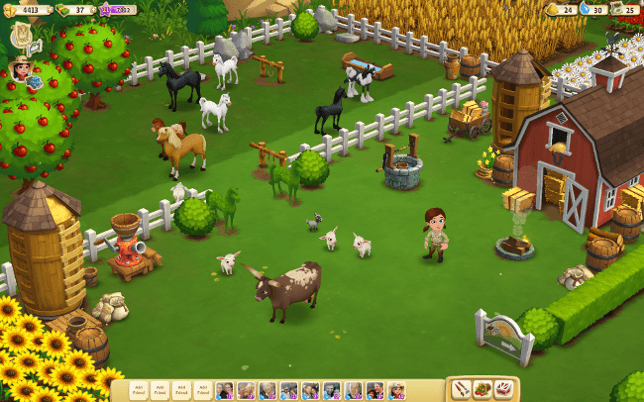 There’s been a change in focus to go with the upgrade in graphics. The basics are still the same – you’ll still be planting and harvesting crops, raising animals and the like – but there’s a conscious effort made to give you a reason for doing it. The game knows you (cue ominous music), calling you by name to fix up the old family farm, which has fallen into disrepair. Instead of simply building the biggest, gaudiest plot possible, you have a goal for all of those quests that pop up on the left side of the screen.

In fact, there seems to be less of a hyper-competitive bent to everything. There’s no tab for achievements and ribbons, and while there is still a crop mastery system, it’s introduced gradually instead of being thrust in your face. Animals seem to be emphasized more, and they can be raised to adulthood and attain blue ribbon status. They also produce valuable things like milk and eggs which can be sold for coins at your small, roadside stand or used to craft even more valuable goods once you unlock the kitchen.

That’s a small but important twist from the first FarmVille, where crops just magically gave you more coins when they were harvested. Here the choice is whether to see the crops immediately, save them for crafting purposes or use them to grind up for animal feed, which is an interesting dynamic. What isn’t as appealing is the use of water as an action-limiting resource. You can plant crops all day, but the plants (and trees) don’t even start their production cycles until they are watered. Water refills slowly over time, and there’s a well that gives you more every few hours, but this seems like the one place where devoted fans of the first game might gripe. 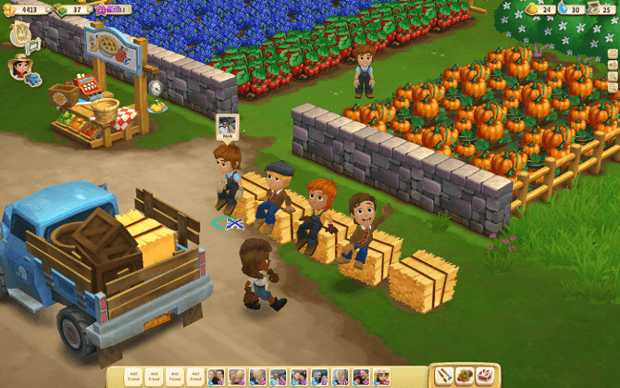 Another thing that might annoy some players is that you can’t expand your farm whenever you want. New plots of land are made available as you level up (but still have a price, naturally) instead of any time you have the proper amount of coins. This does suit FarmVille 2’s “bigger isn’t necessarily better” aesthetic, but it’s easy to see some people who might find it cramps their style.

Zynga remains as good as ever at emphasizing the social and monetization aspects of the game. Any time you are idle for too long, a window pops up to encourage you to invite your friends. Some things, like completing water troughs to increase your maximum animal population, are difficult to do without neighbors, though the ability to get help from strangers on Zynga.com mitigates this situation. Of course you could also spend some premium currency (called Farm Bucks this time out) to finish it faster, and the game conveniently doesn’t give you any more for leveling up. It goes without saying that the coolest animals and other goodies cost Farm Bucks too.

There’s more good than bad overall, and FarmVille 2 is simply a well done game in many ways. It’s silly to think it will be as big a smash as its predecessor, because the whole landscape of social and mobile gaming has changed. To borrow from a certain country-pop songstress, we are never, ever, ever going to see something like the first FarmVille again. But there’s enough brand equity and enough improvements to think that the sequel will hook plenty of people, so the art of virtual farming looks set to continue on for a while.