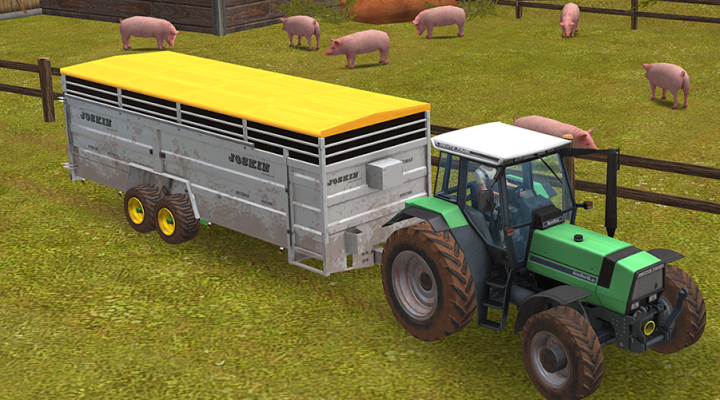 The familiar and oddly addictive cycle of growing and selling crops

All the cliffs and canyons sometimes make navigating the map annoying

What happened to the sprayers?

Not much reason to play this if you already have 16

To this day, I regret letting my curiosity get the best of me and checking out Farming Simulator. Not because the games are bad, but because they’re weirdly habit-forming. I’ve spent/wasted so many hours in the various releases over the years and several platforms — practically doing nothing except making money to grow crops to make more money to grow more crops. 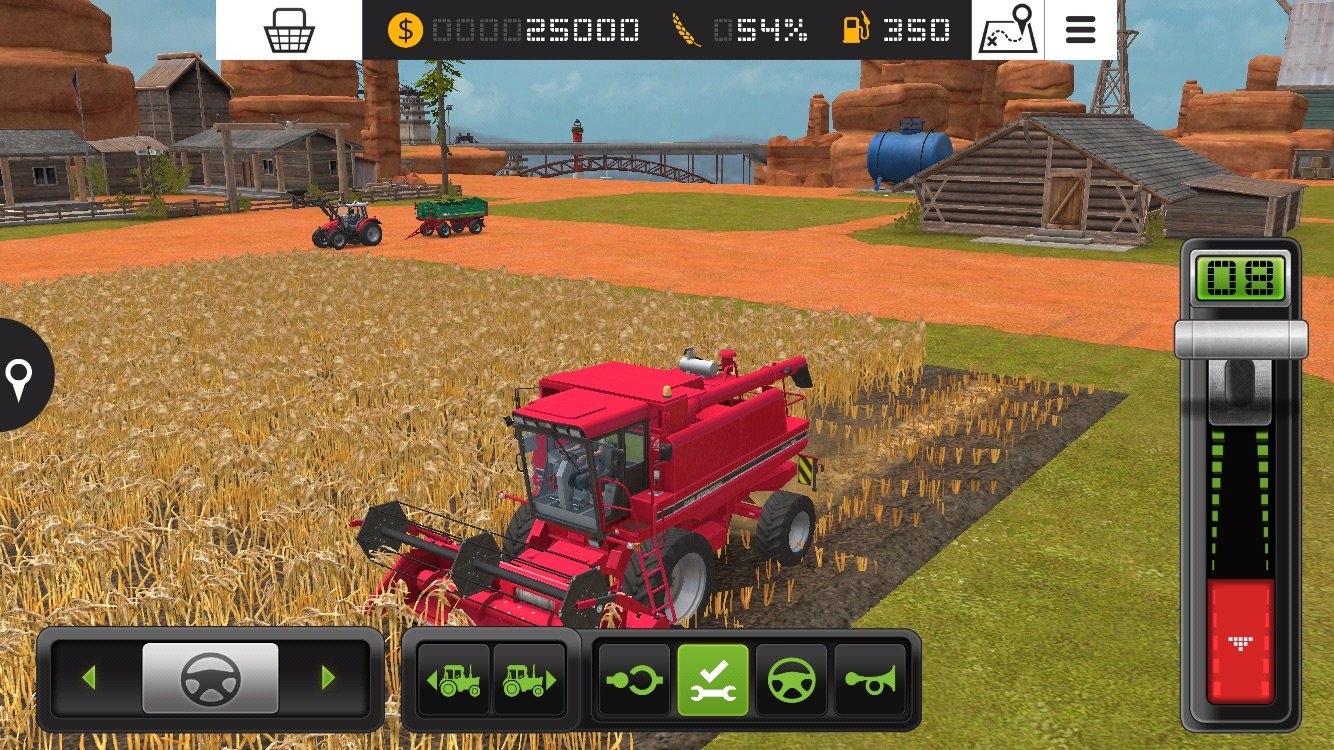 There’s no overarching story to worry about, so if Farming Simulator 18 is your first experience with mobile farming, that’s totally fine. If you’re already familiar with the series, especially on mobile, then you likely know what you’re in for. Which is to say you’re in for losing a staggering amount of hours to a game that’s basically just a cycle of making money to spend on more stuff to make more money to spend on more stuff. It’s that old familiar formula that I still enjoy quite a bit, despite the logical part of my brain telling me it makes no sense.

As for what’s new, you now can breed pigs and grow sunflowers. The farm is also in a new location from the previous mobile games (more on that later), and you can now buy tractors with pre-installed front loaders — great for moving hay bales or lumber. You even start the game with a front-loader tractor, which is pretty handy.

Although I have to admit, I’m disappointed that chemical sprayers are no longer in the game. I used to enjoy that added step to the crop growing process (plus watching the machinery unfold), and while it’s still possible to fertilize with manure, it just isn’t that same. That, and getting to the point where you can start dumping cow dung all over everything takes longer than saving up for a basic chemical sprayer did. 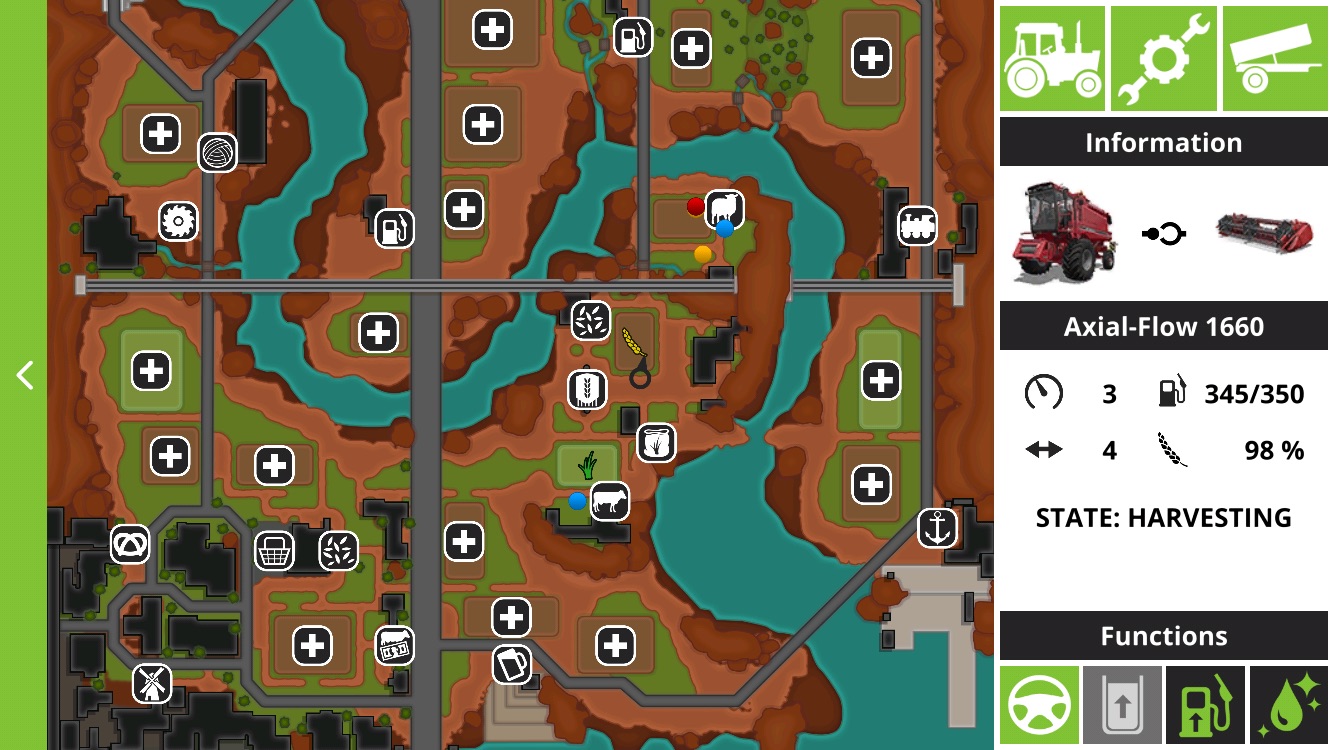 Back to my thoughts on the new map: I’m not a fan. I can absolutely appreciate the desire or need to change things up from game to game and offer new locations, but I kind of hate the spot we’re given in Farming Simulator 18. It’s a nice picturesque canyon area at first glance, but actually trying to navigate around it is a pain. I don’t like having to go out of my way in order to get to a given destination, and I find myself doing that way more often on this map than I did on the map in ’16. Heck, even the beginning area for the farm is bottlenecked thanks to a creek running through the middle of it.

The map is by far my biggest gripe, but Farming Simulator 18 also suffers a bit from being too similar to previous titles in the series. I get that these things come out every year (or every two years for the mobile versions), but it’s such a small step from the last one. It doesn’t really look much different, graphically. All the familiar stuff is there, which is good, but they’ve even removed a couple things (sprayers, for example). I’m not convinced it’d be worth moving to Farming Simulator 18 if you’ve already got a bunch of hours sunk into the earlier games. 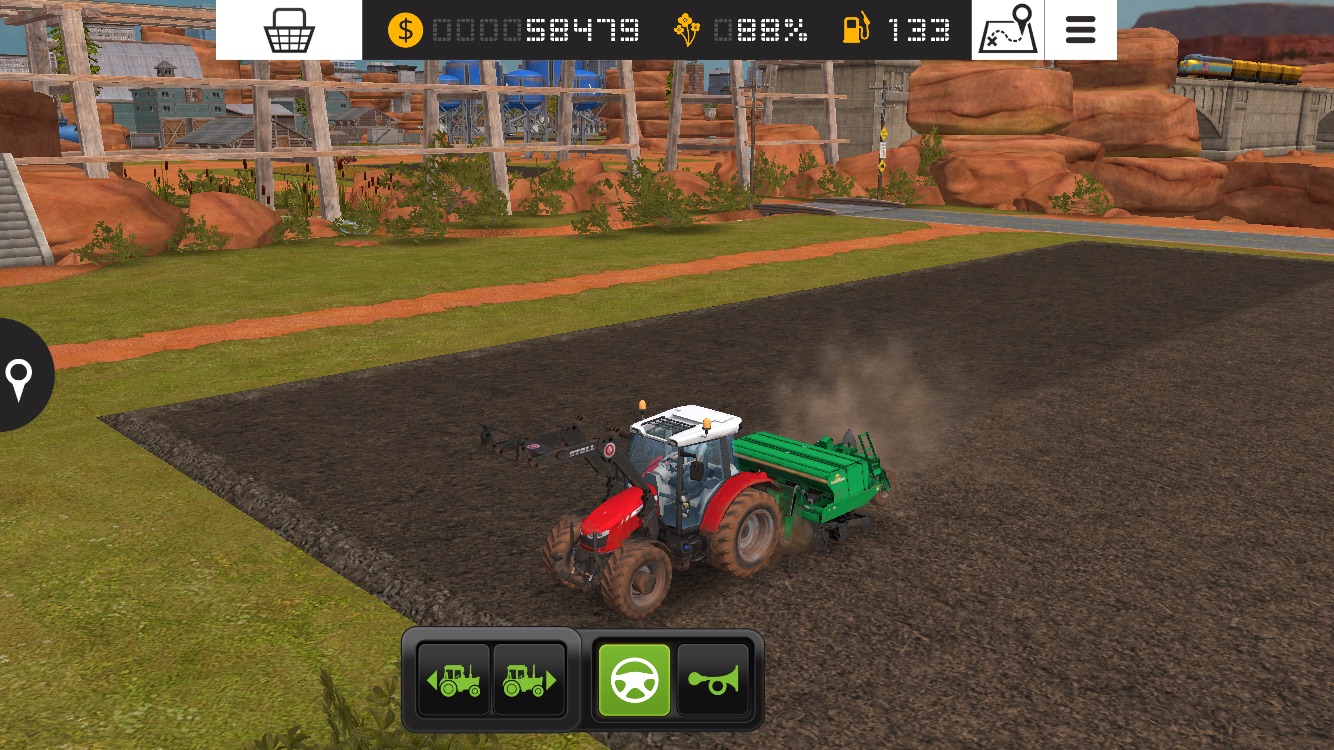 Farming Simulator 18 is a good game when looked at as a standalone release. It’s very mellow, but also oddly addicting. It’s satisfying to earn enough money to start upgrading to better equipment, then start earning more money faster. If you’ve never played a Farming Simulator before, it’s a perfectly good place to jump in. However, if you’ve already spent hours upon hours growing and selling crops in earlier iterations, you might not find this to be much of an improvement.