Home / Reviews / Farm Punks Review: What is the Point in this Bafflingly Insane Game?

Farm Punks Review: What is the Point in this Bafflingly Insane Game? 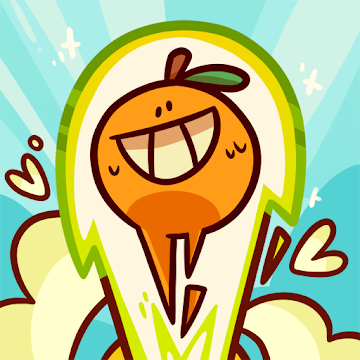 None of it makes sense

Farm Punks is such a strange concept that we can’t really grasp the train of thought behind it. Someone, somewhere, thought the idea of firing fruit out of a cannon and down a mountain, performing tricks along the way to maximise how much you can earn from selling them at the bottom, was a good idea for a video game.

What’s more surprising than its concept is the fact that Farm Punks isn’t even all that fun. In practice it makes as much sense as it did on paper, and we really think this piece of paper should just have been torn up and popped into the bin to save us all some time.

Here’s how it works: you own a farm and have to make it successful. To do that, you need cash, and you earn cash by firing fruit you produce out of a cannon. This triggers a minigame, in which you have to help guide a piece of fruit down a mountain, pulling off tricks to earn more cash.

You swipe to move in any direction and tap and hold to jump. The stunts you can pull off generally involve jumping off ramps, gaining huge air, and going really fast thanks to the variety of speed boosters and vehicles littered about.

The problem is, nothing you can actually do feels that impactful. Swiping to gain speed barely makes that much difference from not bothering, and jumping is truly pathetic. It’s more like a mild hop off the ground that doesn’t achieve anything.

Farm Punks Makes Little Sense on Paper and in Practice

This is perhaps more damning when you consider that you have to try and maintain as much air as possible to keep your fruit safe. The longer it stays on the ground, the more damage it takes. If your health bar reaches zero, the fruit drastically reduces in value.

So when you can’t seem to do much to maintain air unless there’s a ramp handy, you feel a bit cheated. Why is the jump so rubbish? Why do we feel so useless when there’s no ramp or speed boost nearby? Just why are we playing this strange game anyway?

Dotted around the mountainside are various stalls that you can sell the fruit at. This causes a judgement call: do you sell now or risk ruining the fruit by progressing a little further? This is a risk versus reward call, as you earn more cash the further you go down the mountain but won’t earn very much at all if the fruit gets damaged.

However you choose to progress, you’ll eventually earn cash that you can spend on upgrades. Here’s where another of Farm Punk’s many baffling decisions come into play: upgrades aren’t that much cheaper than purchasing a better tree outright.

To be clear, you can purchase upgrades for an existing tree, which allow you to grow more fruit simultaneously, increase the health and value of the fruit, and more. The problem is, usually for the cost of a couple of upgrades you can purchase a better tree with different fruit on it. If you do this, the other tree vanishes entirely and you lose all upgrades.

The Controls Lack Impact and the Upgrades Are Pointless

So why would you bother spending cash on upgrades if they just become redundant a few minutes later? In the end you just ignore them and purchase a new tree entirely. It makes no sense that your progress would just become redundant like that, but then this game doesn’t make much sense to begin with.

You’ll also earn cogs as you fling yourself down the mountainside, and you can spend these on various other upgrades. You can increase the fire power of your cannon, which increases your earnings, and upgrade your vehicles. Given that these are scarce on the mountain and don’t really do much, it’s another pointless upgrade.

If we have anything positive to say about Farm Punks, it’s that the general aesthetic is quite lovely. We like the cartoon, cel-shaded visuals and the wide variety of fruit characters to collect. It breathes a little extra life into this bafflingly bizarre game.

Overall, we just can’t recommend Farm Punks though. On paper it makes little sense and in practice even less. Every aspect of it is unsatisfying, from the lifeless controls to the pointless upgrades. Save your time and play literally anything else instead.