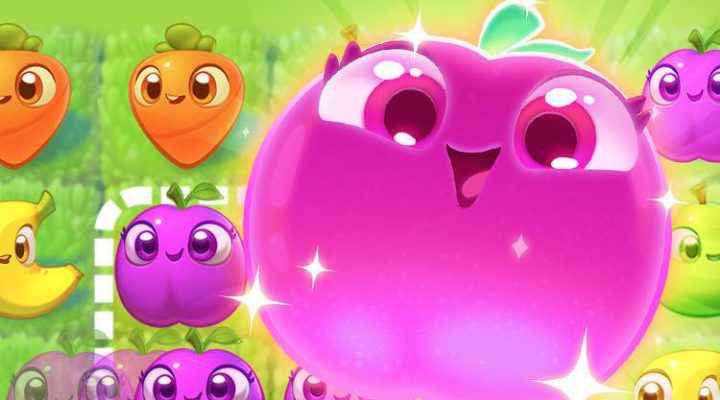 King, the company behind Candy Crush, knows how to make compelling Match-3 games. Sure, it’s easy to criticize and lament the lack of creativity at times, but you know what? Each new installment is still pretty enjoyable to play. Providing you like Match-3 games, of course.

That’s the case with Farm Heroes Super Saga. While it offers a few new extras to the well known format, it’s not exactly revolutionary. That means that it doesn’t stand a chance of converting naysayers, but it will appeal to those players who have got everything out of its predecessor, and are keen for more.

Such familiarity is immediately reflected in the early stages of Farm Heroes Super Saga. It all seems like something you’ve played before. A lot. Then Farm Heroes Super Saga’s key new mechanic emerges, and things turn trickier and more thought provoking. It turns out wind can play a huge role in how things unfold here. 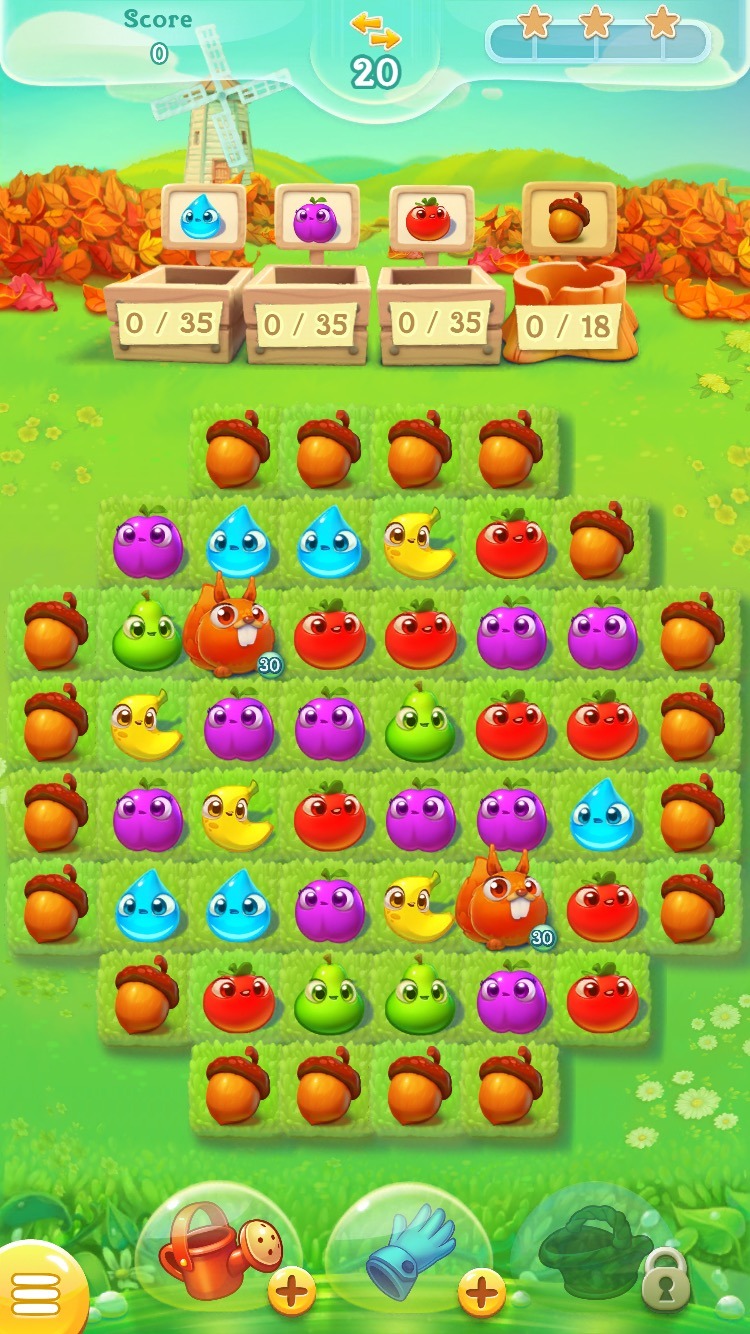 Perform a move via the usual ‘drag a crop across to the crop next to it’ method, and you suddenly notice how big a difference the wind makes. Once you create a brief gap, everything moves in the direction of the wind. That makes each move you make both highly productive and potentially calamitous.

You’ll have to think carefully and plan ahead, working out roughly how each move is going to play out. Once upon a time you might have been fine to match 3 crops in whatever direction you wanted, but suddenly just switching from left or right can make a big difference here. This takes some adjustment. You can’t just play this game on auto-pilot, making matches without really thinking. That’s a clear road to disaster.

Another tweak to the formula has it that if you form four crops together, you create a ‘mega’ crop, meaning more points in one crop, but also the need for an additional move to line things up just right. This is particularly advantageous when you’re aiming for three-starring each stage, but can be tricky to achieve.

There are boss battles too, as you attempt to fend off Rancid the Raccoon at regular points. This involves matching crops next to cans that he throws at you to disrupt the board. It also involves making appropriate matches elsewhere, giving you an additional reason to plan things out carefully.

Such design choices are also precisely what makes Farm Heroes Super Saga quite compelling and enjoyable. A fresh sense of strategy has come back to the Match-3 genre, and no longer do you feel quite as powerless or as dependent on in-app purchases as before. Of course there are still plenty of them available if you should choose, as well as that pesky energy system to slow you down.

This isn’t going to be a game you’ll be ploughing through particularly quickly, even if the 100 levels at launch doesn’t sound terribly impressive. Besides, you’ll probably never complete it given King’s propensity for adding more levels, but you’ll still enjoy playing what’s here more than usual. Unless, that is, you wanted an easy ride. For those who enjoy a mindless experience, this isn’t going to scratch that itch. Stick with something more banal. For those looking for more of a challenge though, this is a good example of refining rather than revolutionizing a familiar idea.