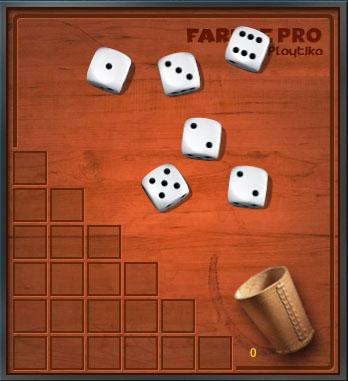 Farkle Pro is a great multiplayer dice game, but it wants you to pay to play

Farkle Pro is one of many Facebook apps that lets you play the slightly obscure dice game Farkle online. Playtika’s iteration is easy-to-use, runs well, and features robust matchmaking. It also explains the rules, which may be unfamiliar to many players. Farkle is somewhat similar to the classic Hasbro dice game Yahtzee, but the rules are a bit simpler and there’s a big emphasis on betting.

Farkle Pro uses poker chips for betting, and you begin with some bonus chips and can earn more by playing the training mode and trying to top your solitaire Farkle high score. Or you can simply buy them with Facebook Credits.

Farkle is a game played with six dice and a cup (again, similar to Yahtzee). After you roll, you take whichever dice give you points and roll the rest to see if you get more points. You can choose to end your round any time when you have enough scoring dice to get over 300 points for the round. If you roll dice and get no points from the roll, you Farkle. This makes the round end immediately and you get no points. If you Farkle three times in a row, you lose points. The tension of Farkle as a game is between trying to maximize your score and trying not to put yourself in a position where a roll of the dice is likely to result in a Farkle.

Scoring in Farkle is similar to Yahtzee scoring, with some important differences. The biggest being that you can score off of single die. Each one you roll is worth 100 points and each five worth 50 points. Three of a kind is worth the die value times 100, though three ones are worth 1000 points. Four or five of a kind rolls score as three of a kind rolls with bonuses for the extra dice. A six of a kind scores at two different three of a kind rolls. You also get special high point scores for rolling three pairs or for rolling six dice such that you get what Yahtzee would consider a large straight: a 1-2-3-4-5-6 outcome. 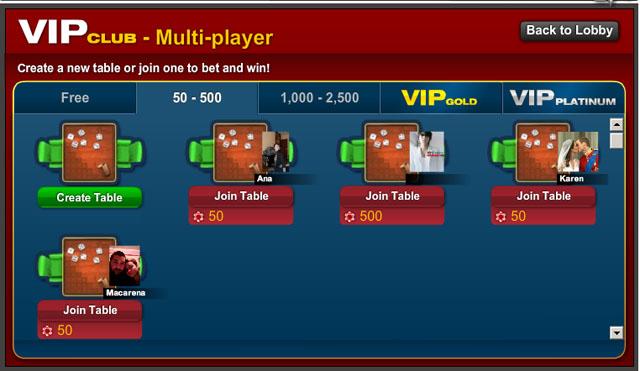 If you ever manage to score off of all six dice in a Farkle round, you get the option to enter a bonus round where you roll again. If you Farkle on the bonus roll you can still lose everything, but otherwise you can attempt to boost your score such that you’re earning thousands of points off of one round. A multiplayer game of Farkle is played to 10,000 points, which makes bonus rolls instrumental to winning this form of the game. Farkle solitaire rounds are only played to 10 rounds, but head-to-head bouts can last to 30 rounds or more depending on the luck and skill of the players involved.

There are no serious problems with Farkle Pro as a Facebook app, but some players may take issue with how aggressively Farkle Pro tries to get players to pay. As a free player, you can only play multiplayer Farkle once every four hours. By spending 50 Facebook Credits for VIP status, you can have unlimited access to multiplayer matches. While many multiplayer Facebook games try to restrict free player access to matches, most are a bit more generous with free player games per day than Farkle Pro.

If you feel like paying for unlimited access, though, Farkle Pro may be an ideal online Farkle game.