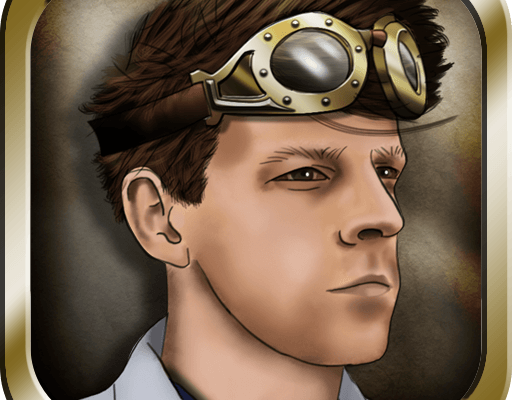 Is it really a parody if you’ve become what you’re parodying?

When you sit down and think about it, alot of the tropes we take for granted in video games are pretty ridiculous. Shopkeepers refuse to sell you anything until you accomplish some menial task for them, the King refuses an audience until you find some magical item, the guard won’t move out of your way to let you leave the area until you satisfy him, etc. We’ve been playing so long we just accept it. Well, Fara is here to not only make us do all those things, but let us know in the process how goofy that is.

Fara is a pretty standard action RPG. There’s no leveling, no loot, no super ambitious quest log. It’s top down style, utilizing either virtual joystick controls or a simpler point and click option to move yourself around and attack with. Want to walk somewhere? Tap it. Want to attack somewhere? Double tap it. Given the simplicity of the game mechanics, the game play actually fits quite nicely.

Fara is a comedic send-up of all the classic RPG’s we’ve been playing all our lives. You’re a mysterious stranger washed up on a mysterious beach with no clue how you’ve gotten there. Though naturally the people you’ll meet will have quests you can fullfill to gain their help in… whatever it is you’re trying to do.

What makes Fara work (for the most part) is that it’s totally self-aware and tells its story by pointing out those RPG tropes through the in-game dialogue. It’s actually really well done and quite often very funny. As the old man you first meet is taking the player through the tutorial of how to control the game, your character is confused, and has no idea what the old man means when referring to tapping or opening menus.

But there’s a problem with lampooning things that people tend to find annoying or plain just don’t like. You run the risk of being the exact thing you’re making fun of, and it turns out just as annoying as the original. It’s a very fine line that needs to be tread between poking fun through imitation and just being regular old imitation.

Take for instance your weird alien-ish companion that often fills you in on important story details. It’s clear it’s supposed to lampoon something like Navi from the Legend of Zelda games, which people like to point out is rather annoying. Well, they’re making fun of that here… but guess what? Even though it’s self-aware, it’s still annoying.

Fara tries to hit all the cliches, making sure to include sewer levels, boss battles, weird romances, etc. The problem is that, even though they’re doing it to be funny, those elements are still all there. So it’s really just a game of nothing but RPG cliches. Luckily the game only takes a few hours to get through, which really serves the game’s intentions and never feels like it drags on at all.

The level of writing does actually go a long way towards saving it, the conversations at times are genuinely funny. It’s all very tounge-in-cheek and VERY self aware. But at the end of the day it can never just get out in front of the very things it’s poking fun at, and just ends up getting mired in it. It’s fun, but it’s a limited kind of enjoyment. Once finished, you’ll have no reason to ever go back.