Fantasy War Tactics Review: Been There, Done That, Still Fun 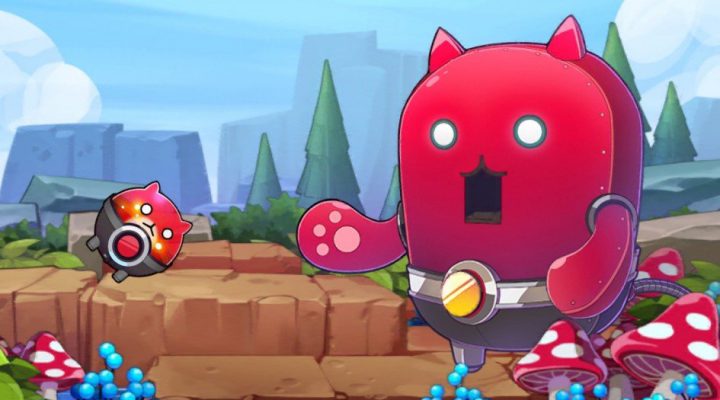 Very vibrant and colorful visuals with some cool anime-inspired designs

Plenty of strategies to play around with

Upgradeable characters makes it easy to stick with favorites

Some character designs are a bit too questionable

One simple but very important strategy element is missing

Can be a serious grind at times

Truth be told I was prepared to write off Fantasy War Tactics as a fairly by-the-numbers freemium RPG after looking at the screenshots. I mean it certainly looked nice and colorful, but pleasant visuals doesn’t automatically mean a game will be interesting. I’m glad I was wrong.

Fantasy War Tactics is actually even prettier in motion than it is in screenshots. All the characters are rendered in 3D and there are some pretty cool character and enemy designs to be found. I did end up rolling my eyes at some of the outfits the game puts on women (think stereotypical anime), but a lot of the bosses look great. And I definitely appreciate how each playable characters’ in-game model will change every time they’re “Reborn” (i.e. reach max level, then are bumped back to level 1 while keeping all their max level stats). 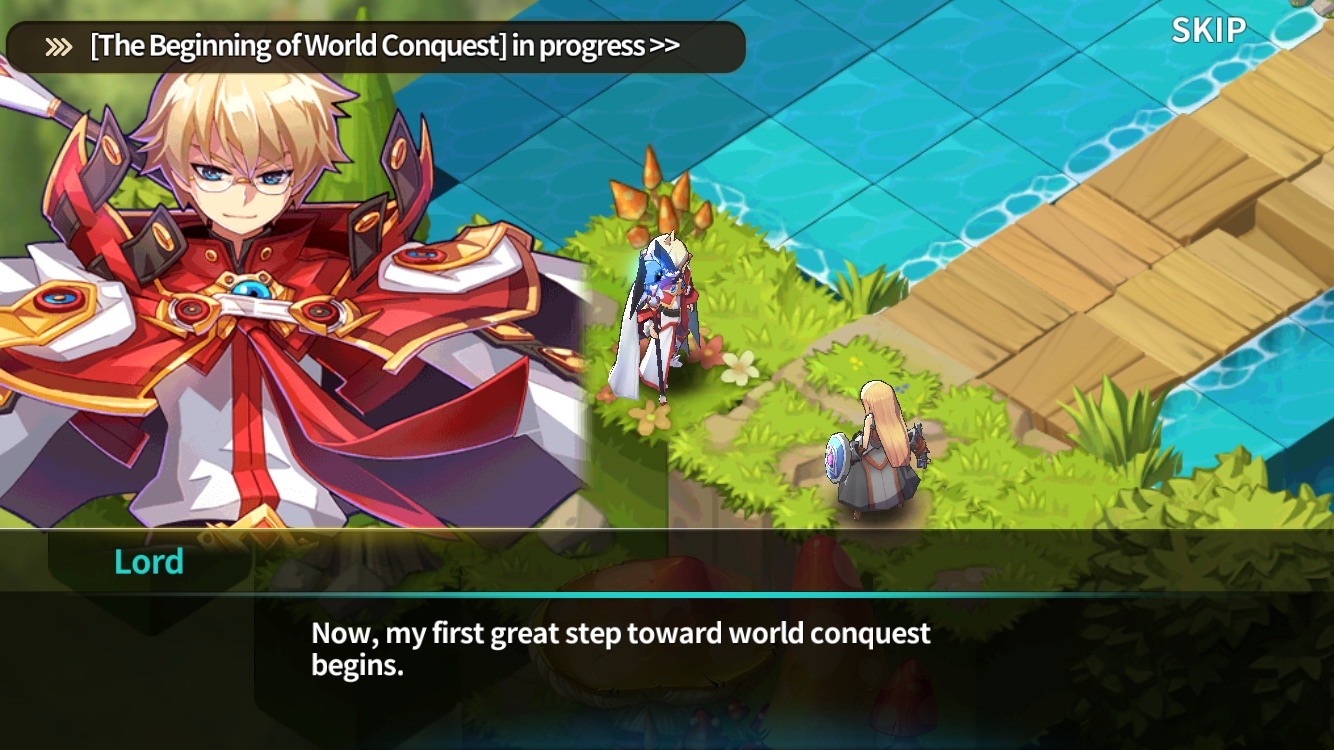 On the topic of characters, I have to admit I think it’s really refreshing to see that Fantasy War Tactics doesn’t punish players for having a favorite character. Sure some are inherently a little stronger than others, but it’s it’s not a massive discrepancy in most cases. At least not for quite a while. This means if you have a couple of soldiers you prefer to use for whatever reason, you can keep upgrading them in order to keep them relevant. The same thing applies to most weapons and armor as well.

It also feels like there’s always plenty of stuff to do in between fights. Unneeded equipment can be sold off for some extra money, useful gear can be upgraded and enhanced, characters can upgrade their skills, and there are lots of other little things like achievements to collect. Granted it’s not as thrilling as getting into a fight and using strategic troop movements to take down groups of enemies, but it’s plenty satisfying to get so many little goodies at such a consistent rate. 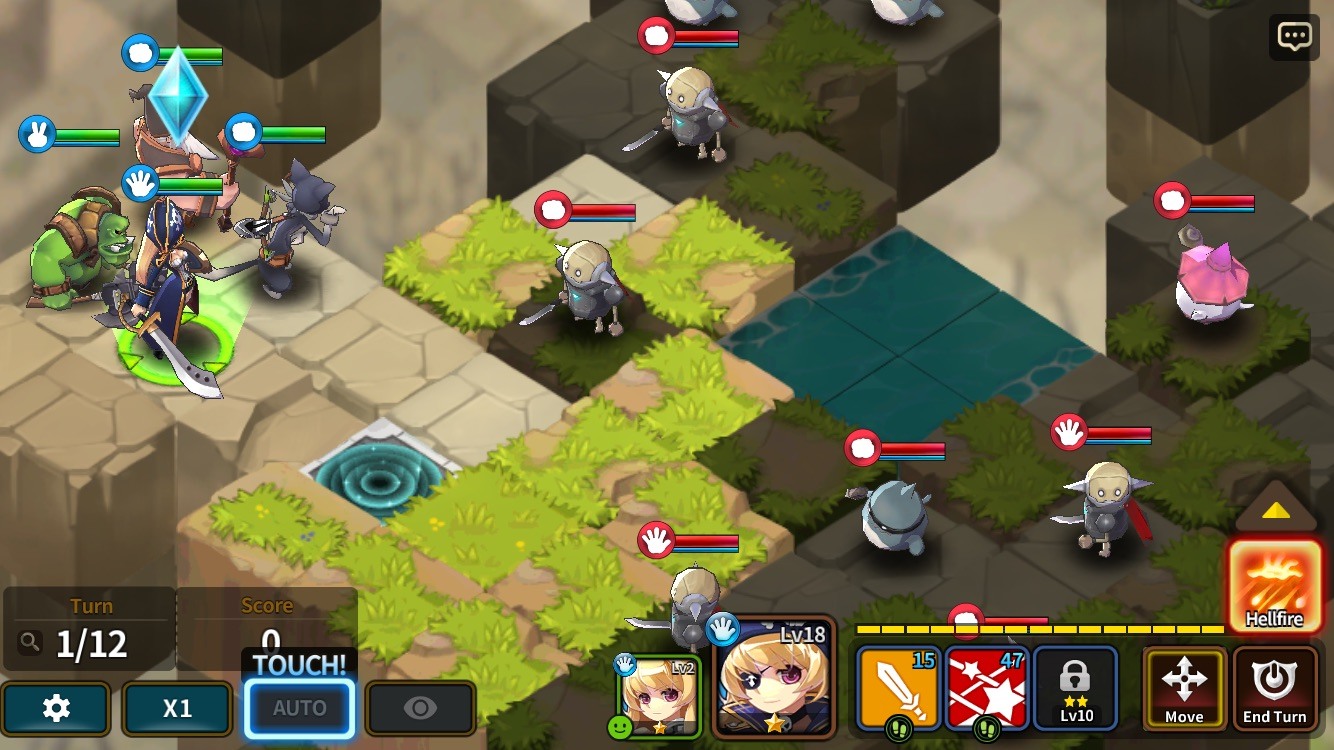 The actual gameplay is fairly standard strategy RPG stuff with the added benefit of friendly units being able to team up for added damage if they’re within range of the same target. It’s a simple mechanic but one that makes each battle feel just a little bit less standard. The only thing that sticks is you can’t jump back and forth between characters during your turn – you have to use them in the order that they’re placed into your team. I’m decidedly not a fan of this approach since it often means having to forego strategic advantages simply because I have to move the wrong person first. I wouldn’t call it a deal-breaker, but it is pretty annoying.

Unfortunately, as expected, things can become a pretty big grind as you start to advance. It all starts off well enough — and as I’ve mentioned, you constantly earn a bunch of little things –but then you’ll start to try and unlock new boss characters or hit a difficulty spike. At this point, you’ll find yourself constantly replaying levels in order to earn enough shards to actually unlock said boss character or just gain enough levels and gold so that you can upgrade your characters to make them as strong as they need to be. 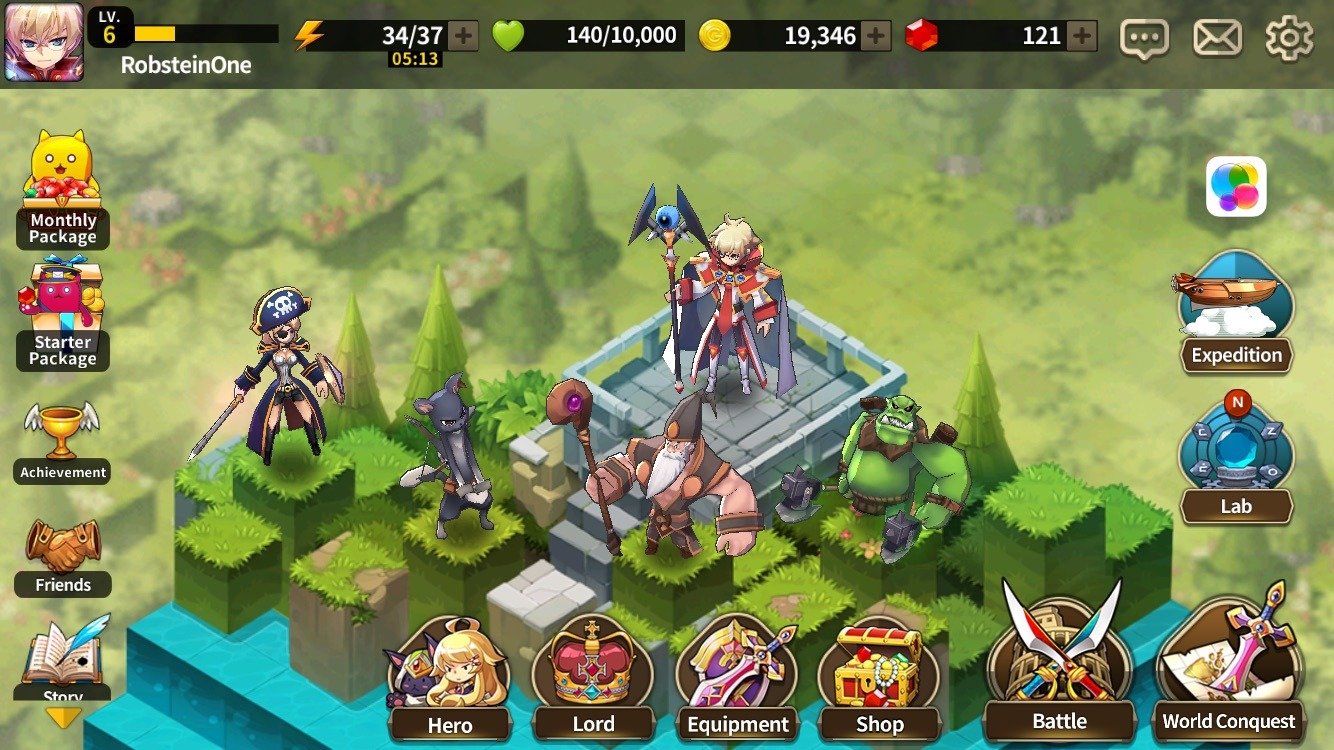 It’s not entirely unpleasant, and the option to hit “Auto” and let the game play itself helps when you don’t necessarily feel like going through the same battle for the dozenth time, but the grind is definitely noticeable.

Ultimately though, Fantasy War Tactics is a pretty darned entertaining strategy RPG. It doesn’t punish players too much with premium teases and in-app purchases, and there’s usually plenty to do even after you run out of the energy needed to fight stuff. It could really do with a character selection option, though.