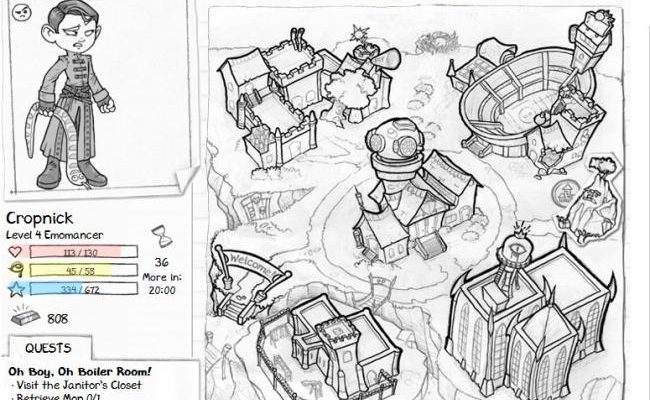 Fantasy University teaches the art of parody and quite funny

Fantasy University is like a social game version of Scary Movie with over the top parodies of your favorite science fiction and fantasy characters. It makes me miss the days of role playing games and complete lack of dating of my college years.

The game is a basic turn-based role playing game that revolves around quests, crafting items and gaining levels through experience. What makes this game amazingly special is its tongue-and-cheek take on the fantasy and science fiction genre.

The player takes the role of a student at ole F.U. (Yes, it’s a cheap joke that is utilized often.) The goal is to explore the university and surrounding grounds completing offbeat quests given by even more offbeat characters. For example, one character is a mix of Jack Sparrow, Edward Scissorhands and the Mad Hatter who is fighting against an aging cereal icon who is getting soggy in his old age. 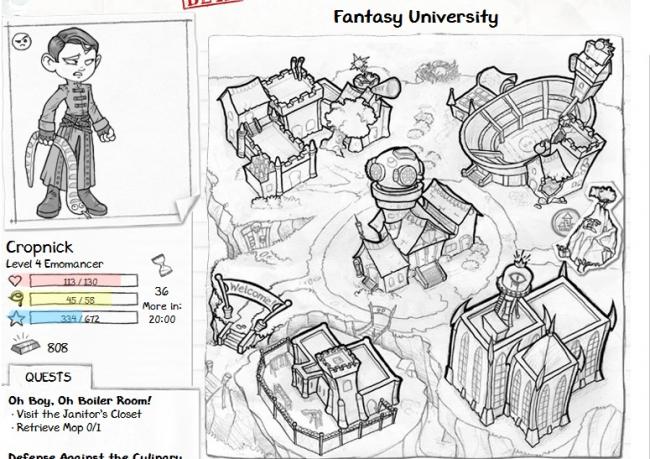 The captain has one true friend, Admiral Snackbar. Yes, Star Wars fans are groaning in their seats as we speak.

Another quest has you visiting the Mordorms to help Ron Wheezley fight off bed bugs. You can also find crafting items throughout your quests and fights to help upgrade your weapons and make them more powerful. The character also has special abilities such as summoning a ghoul friend in a boa. Believe it or not, she actually kicks some butt. You might want to buy her some roses.

There are several other areas to explore outside of the Mordorms that have their own sets of interesting character including the Slacklounge where you meet Jeff LeBruceli, but you can call him “Dude.” 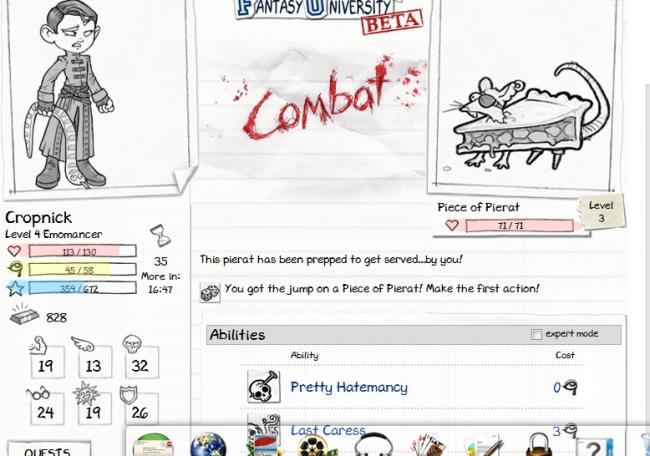 The humor in this game is off the charts. It’s that same humor that keeps you coming back for more and what makes this fun. If you are someone into hardcore role playing games, then you might want to skip this, but if you are simply into something lighthearted and a pleasure to play, then this is the game for you.

It doesn’t break any new ground and is actually a bit of a gaming throwback. The graphics are very simplistic and there are no moving animations or even color most of the time. The graphics are reminiscent of pencil drawings.

If anyone has played some of the old school games like Zork or some of the more popular MUDS of the 90’s (the developer, Simutronics, is responsible for two of the most popular text-based MUDs of all time, GemStone III and DragonRealms) then you have an idea how things work in Fantasy University. It’s very laidback and straightforward. Don’t worry about getting lost because everything is a cause and effect relationship. Each of the quests tend to lead into another. 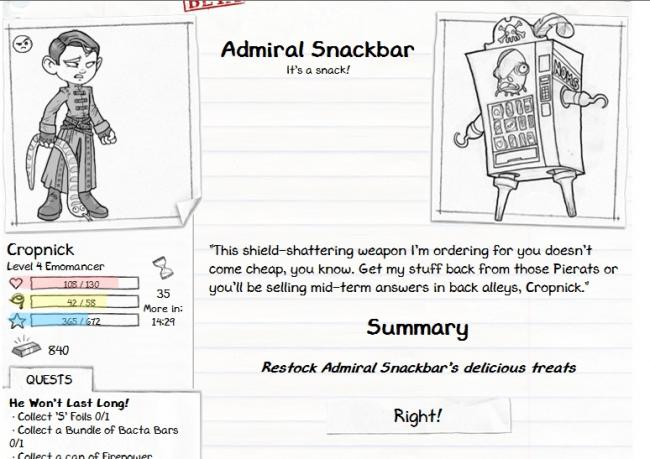 Overall, Fantasy University is a great game if you want a laugh, chuckle and experience the occasional groan. While the gameplay has been done before, you can still learn a lot about comedy from the teachers at Fantasy University.