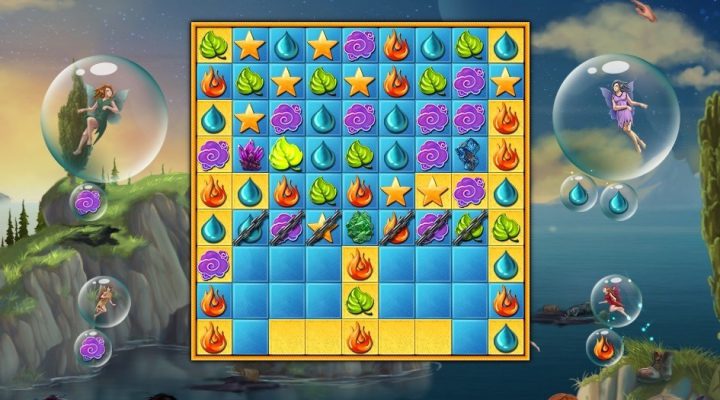 Solitaire is a nice change

It does eventually get samey

In so many stories, fairies have a bit of a rough ride. That’s certainly the case in Fantasy Quest 2 — a game that has you out to save many cute animals, as well as the fairies of King Feodor’s kingdom. You do this through a series of different Match-3 levels, as well as a few games of Solitaire. It might not be the most memorable of experiences, but it’s one that’s sure to appeal to casual gaming fans. It offers enough twists and turns to its gameplay to ensure that nothing feels too formulaic.

The only particularly formulaic strain comes from the storyline. It’s a reasonable tale with various scenes interspersed amongst the action, but don’t be surprised when you find yourself skipping ahead to get back to the matter at hand. Even if it does try its luck by offering a dash of humor here and there amongst what unfolds. 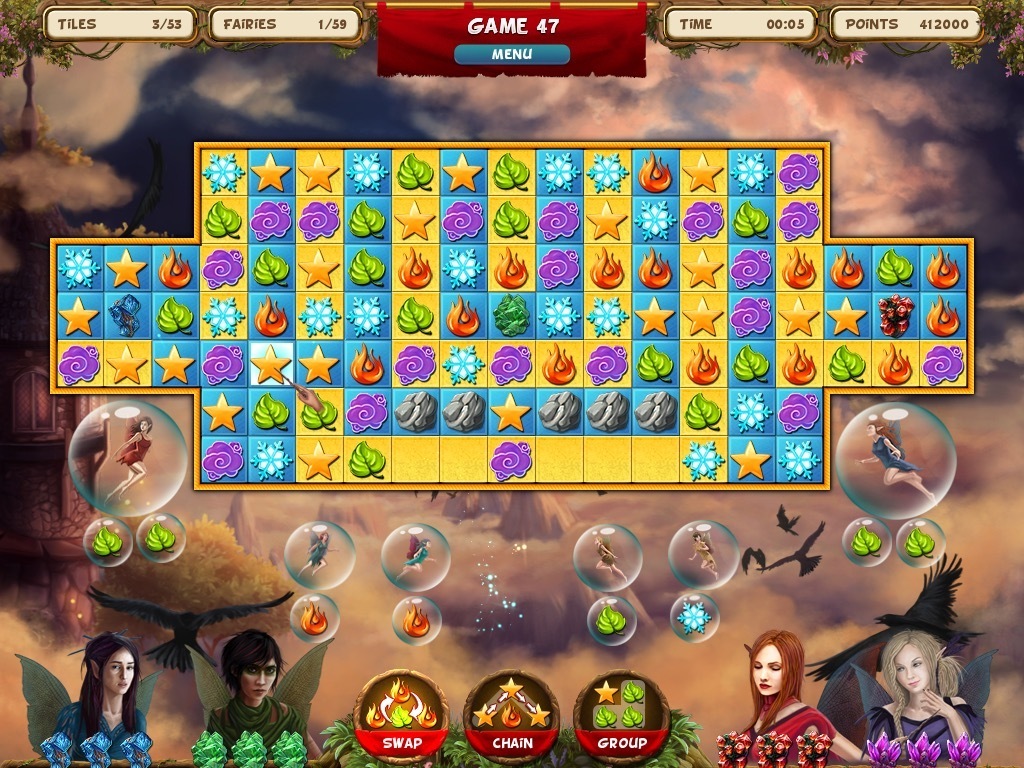 Fantasy Quest 2’s strength is in its variety. At first, it looks like it’s a typical Match-3 game, but you’re soon introduced to its different ways of doing things. Each level has you aiming for two different objectives. For one, you have to clear all the yellow tiles on the board. This is done by combining tiles on top of those shapes to turn them back to the typical blue color. Adding a more energetic note, you also have to appease the many fairies that hang around on the edge of the board. This is done by combining corresponding tiles to send them away. If you don’t appease them quickly enough, they use magic to scatter some more yellow tiles across the screen, slowing your efforts down.

It’s a simple enough concept but one that ensures you’re kept on your toes at all times. The key here is to try to maintain balance and always ensure that you’re clearing tiles frequently. At times it can feel almost overwhelming, but you soon keep on top of things. Fortunately, you’re assisted by more than just swapping tiles around.

Unlike other Match-3 games, Fantasy Quest 2 doesn’t just have you swapping adjacent tiles to form 3 or more matching tiles in a row. It offers two other modes. One mode — chain — has you able to create a path between tiles, even if they’re diagonally placed. As long as there are three or more of them vaguely near each other, it’ll work. The other mode — group — has you matching up three or more tiles, even if they’re formed in a square or Tetris style like shape. It takes some mental adjustment to remember that you’re able to do this, but it makes a huge difference in terms of how quickly you can complete stages.

The only downside is that you have to keep remembering to go to the bottom of the screen to swap modes. It’s not done for you automatically. I found myself sticking to clearing all of one type before switching modes to save myself the time of going back and forth. 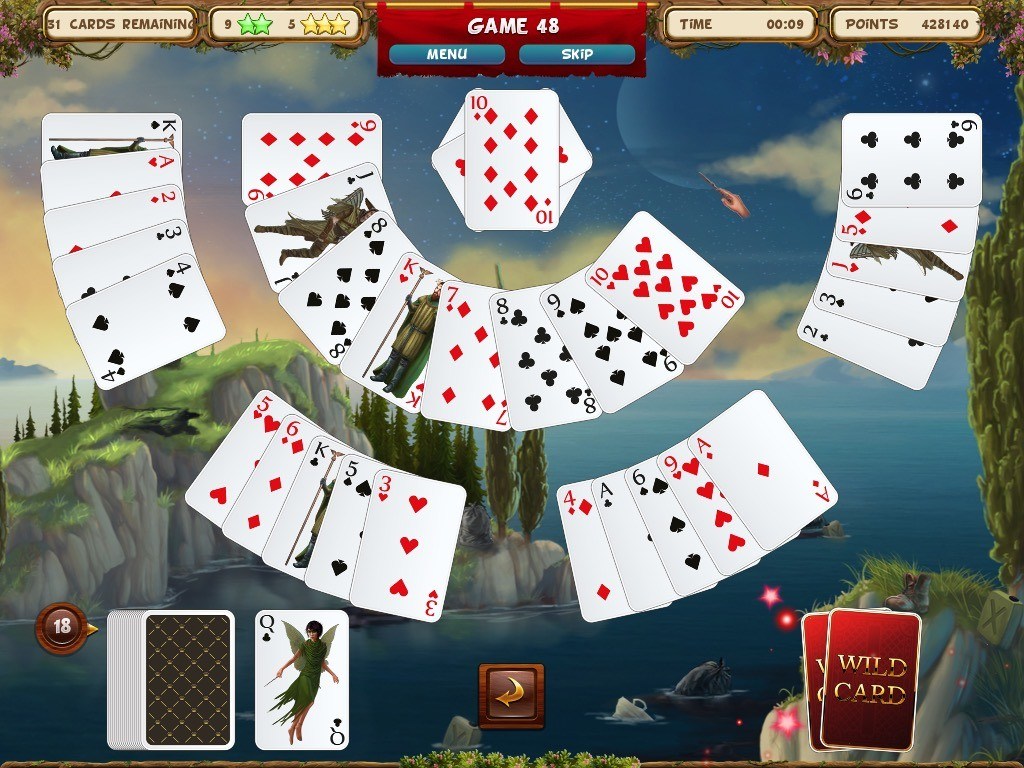 Besides the Match-3 segments, Fantasy Quest 2 also throws in some Solitaire stages. These are simply done, but they break things up reasonably well. It’s a simple matter of clearing the cards by placing a card of adjacent value on top of it, with the occasional offering of wild cards to help things along. Not that you need much help as, like the Match-3 games, you can’t lose at these.

Fantasy Quest 2 is all about the experience rather than offering you a challenge. Is that a good thing? It is when you want something to mindlessly play as a distraction. It’s oddly calming once you realize that there really isn’t a rush to do much here, although you’d be forgiven for eventually wanting more of a challenge. It’s a time waster rather than anything to boast about afterwards, but if that’s the sort of match-3 game you’re after, it ticks all the relevant boxes along the way.