Home / Reviews / Fantasy Mosaics 14 Review: One Square at a Time

Fantasy Mosaics 14 Review: One Square at a Time 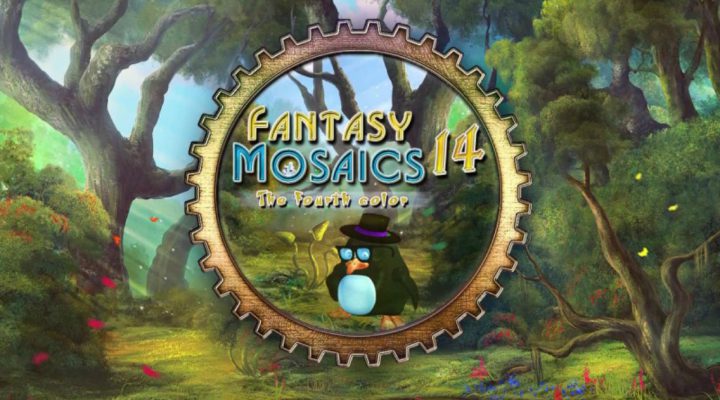 Tons of puzzles to work through.

Casual mode still penalizes the player too much.

Starting puzzles over after a ton of work can be very aggravating.

Have you ever played a picross game? You should. Picross puzzles, also known as “nonograms,” are logic puzzles that combine art and math. They’re highly appealing no matter which side of the brain your body favors, since you get to work with numbers while you slowly construct an image. There’s no better way to spend a lazy Sunday than with a picross puzzle or three, preferably combined with a pot of herbal tea.

The Fantasy Mosaics puzzle series conveniently offers reams of picross puzzles on PC and mobile. Though it’s a bit simple presentation-wise, and though it’s not quite as shiny or clever as some of Nintendo’s offerings in the genre (Picross 3D for the Nintendo DS is quite amazing), Fantasy Mosaics 14 has enough puzzles to keep you coming back for hours and hours. 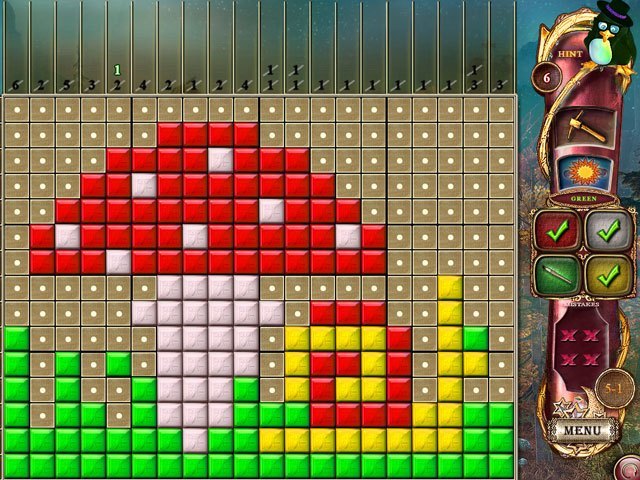 Picross-style puzzles look a little intimidating at first, but they’re easy enough to figure out with a few simple instructions (which Fantasy Mosaics 14 provides). Each “stage” presents you with a grid that has numbers lined up on its X and Y axis. The numbers identify how many squares you need to fill in each row and column. For instance, the numbers 1, 3, and 5 indicate you need to fill in one square, then three, then five, somewhere in that row or column — and there needs to be at least one square of space in between those three separate numbers.

Many picross games have a twist, and Fantasy Mosaics 14 is no exception. Each puzzle gives you four colors to work with, and each color operates within its own grid. When all four color puzzles are completed, the picture comes together. 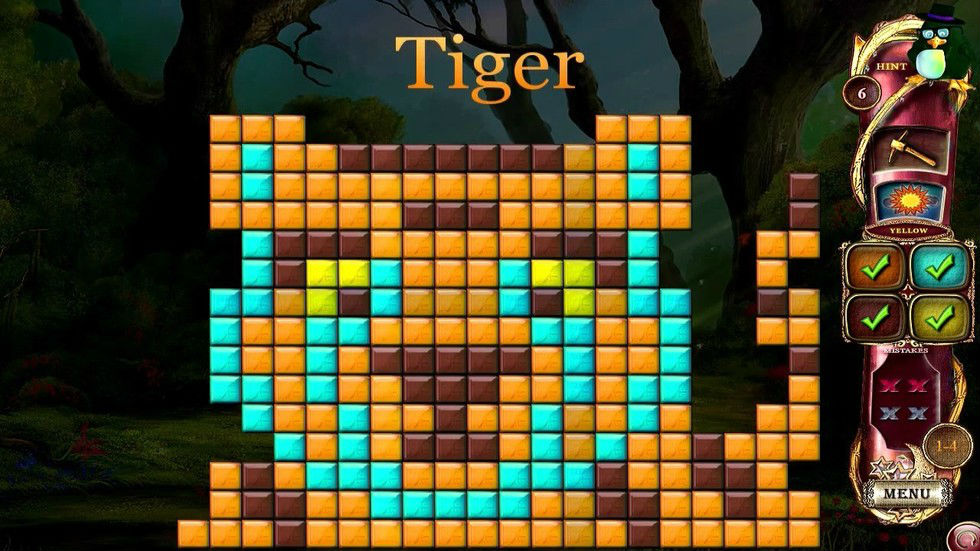 As a consequence, completing one puzzle in Fantasy Mosaics 14 can take some time — and that makes it all the more frustrating if you slip up and get sent back to start.

Thankfully you’ll uncover power-ups as you work, including extra lives. You can also power up a mining pick (which reveals one square), and a sunlight icon that fills out a large area of the puzzle, thus giving you a lot of “lit” territory to work off.

The power-ups are handy-dandy stuff, but it’d be preferable if the casual mode for Fantasy Mosaics 14 did away with all its scores and penalties. As things currently stand, the game’s casual mode checks off the corresponding number when you fill in the appropriate grid space, but that’s about it. You’re still penalized if you take too long to complete a puzzle, or if you miss too many times, or even if you use hints. Given how many puzzle games offer completely laid-back casual modes, it’s surprising Fantasy Mosaics 14 doesn’t do the same. 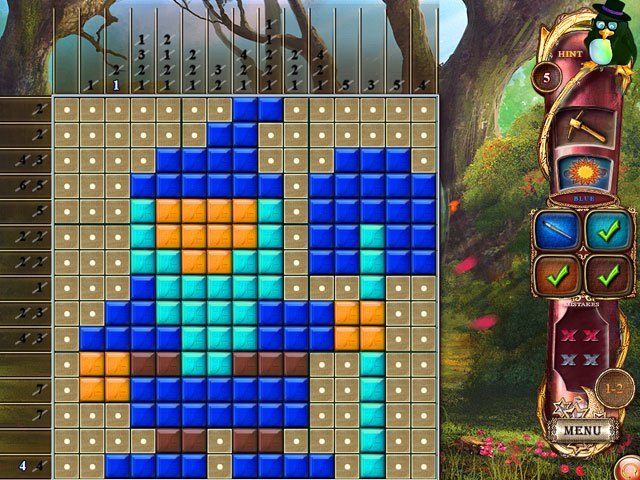 Fantasy Mosaics 14 will certainly prompt you to say “That’s it. I’m done,” when you mess up and lose all your progress on a puzzle. Still, you’re bound to turn it back on and try again.

That’s picross for you. If you haven’t gone a round with these neat little puzzles, now’s the time — and Fantasy Mosaics 14 isn’t a bad place to start.