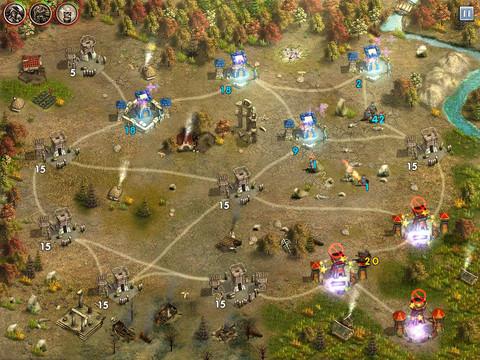 A good spin-off? There’s gnome two ways about it.

When a show or a movie gets popular, it’s always interesting to see the impact that popularity has on other mediums. Inspired interpretations, cheap knock offs… the list goes on, but the trend never fails: when something blows up, everyone does their best to capitalize. Of course, that isn’t always a bad thing.

The insane zombie obsession that took over in the 2000’s gave us Left 4 Dead and The Walking Dead, and the widespread acceptance of things like Lord of the Rings opened the door for Games of Thrones and Skyrim. With mobile in particular, capitalizing on this trend sometimes means little more than a fresh coat of paint over a previous product. The makers of Fantasy Conflict, a “not really sequel” to Modern Conflict, have themselves brought a well-liked game to a new realm. The question is: does it hold up amid the opportunism, or did the game lose some of its magic in a world of fantasy?

Firing up Fantasy Conflict drops you into the kingdom of Baldoria: a once-happy place that has been stuck in a state of war ever since a group of dastardly gnomes stole the all-important power crystals. These crystals control (of all things) the alarm clock for King Salodor, who has overslept. A tragedy if there ever was one, it is up to you to return the crystals and make those gnomes pay for costing the king valuable hours that he could have spent…being noble and benevolent? Let’s go with it!

Obviously the story of Fantasy Conflict is a silly one. Refreshingly, however, the gameplay is no joke. It’s a hybrid in a sense, mixing tower defense elements with RTS-style unit control. The game strips away the more complicated micromanaging that would likely feel out of place in a title like this and leaves the hefty majority of the strategy to things like timing and effective use of resources.

You’ll be presented with a map and given a group of soldiers to command. Across the map are castles of which you’ll want to take control. Of course, on the opposite side of the map are the gnomes. They, too, want control of the neutral territory. Using a a growing array of magic spells at your disposal, you will work to seize control of unclaimed castles, using them as bases of operations for your own expansion and attack. Doing things like spreading plague can be a lot of fun as you work to ruthlessly seize demilitarized keeps. 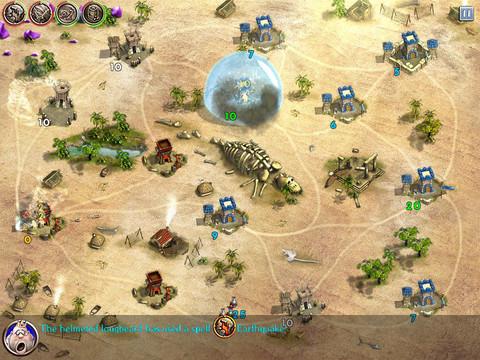 Everything that you’ll do in this game is accomplished with simplistic touch controls. Move units with a tap or a drag, hold on a castle to see upgrade options, and tap to use your powers. It’s extremely streamlined, which is handy in light of the fact that some matches get especially messy. They’ll require some split second decisions from you, and a sense of multitasking that makes the touch and gesture interface the perfect tool to man the fort amidst the chaos.

At times, Fantasy Conflict falls prey to the pitfalls of its tower defense roots, with erratic spikes in difficulty producing an odd sort of ebb and flow. Many of the first levels feel nearly insurmountable, and require plenty of experimentation to crack… a practice that only leads to a surprising denouement as much of the later levels provide seemingly less challenge. 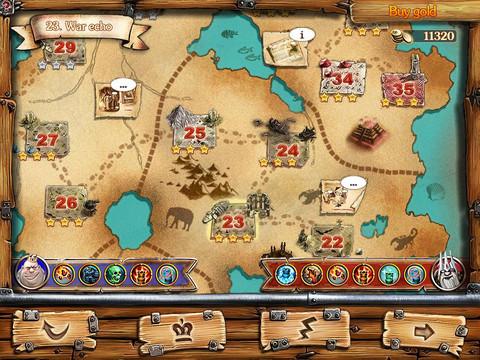 If you’ve played Modern Conflict, odds are good that you’ll enjoy Fantasy Conflict as well. The gameplay isn’t a total rehash in a new skin, but it rather it proves familiar enough to keep the appeal alive. While difficulty level spikes may turn some off, this game ultimately proves to be a great portable RTS-style experience that will keep players busy trying to topple those annoying gnomes. Because seriously…who likes a gnome?