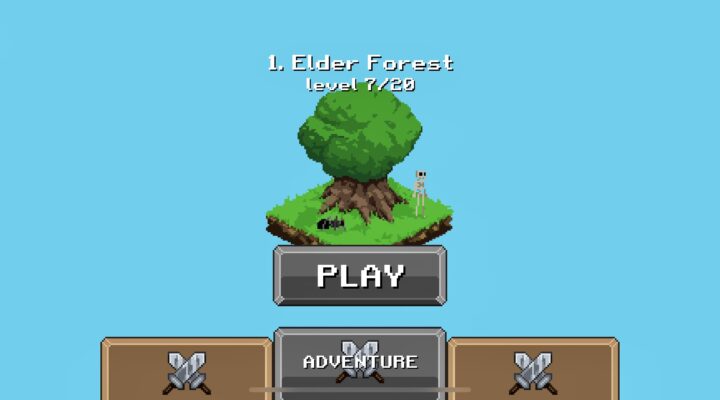 Fantasy Archer: Elven Bow has the potential to be one of those sharp-edged arcade games that you pick up and become spellbound by. It’s packed with action, it’s easy to play and it looks pretty awesome. But there are some major problems here that make it super difficult to recommend.

The game sees you controlling a bow-wielding elf. Skeletons and bugs are trying to kill you, and you need to fire arrows at them to halt their progress. You move with the left of the screen, and aim your bow with the right. You can tap to jump in the air, too – helpful for when insects skitter towards you.

The levels are short and sharp – you’ve got a health bar and a set number of enemies to kill. Your arrows take time to reload, unless you score a kill in which case they reload instantly. It makes for some pleasing, narrow slaughter, and you can’t help but smile when you hit a long-shot to kill a distant foe.

But then the problems appear, not so much creeping in as barging through the door with a sledgehammer and a roar. You have to watch a video before every level. Those levels last little more than a minute, and to get to the next one you’re forced to sit through a 30-plus-second unskippable advert.

You might die in a matter of seconds – the game steadily gets more challenging – but then it’s another advert before you can play again. It destroys the rhythm of the experience, and after a few goes you’re likely to delete the game altogether. We’re not against monetizing, but there are so many games that do it so much better than this.

It looks like there’s more to come from the game, in the shape of skills and equipment to augment your shooting, but unless it does something to change its insistence on ads, it’s unlikely anyone is going to be that bothered.