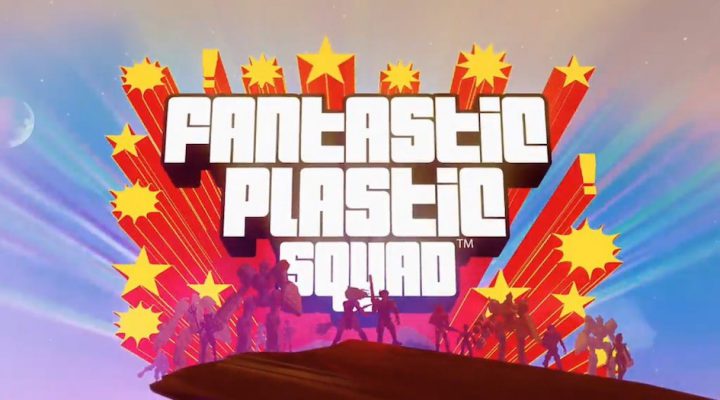 Looks quite nice across the board

Leaves you to figure out important menu stuff

Fantastic Plastic Squad is probably going to draw a fair number of people in thanks to its visuals. Seriously, it’s a great-looking game – the screenshots actually do it justice in this case. But while it’s bound to pull folks in, I’m afraid it might struggle to them interested for very long.

There’s a goofy story about how your former tutorial instructor accidentally turns himself into the antagonist and tries to take over the house, which is basically the known universe, because everyone in the game is an action figure. Naturally you have to stop him by completing different missions with various objectives, like rescuing friendly toy soldiers or fighting off waves of enemies. 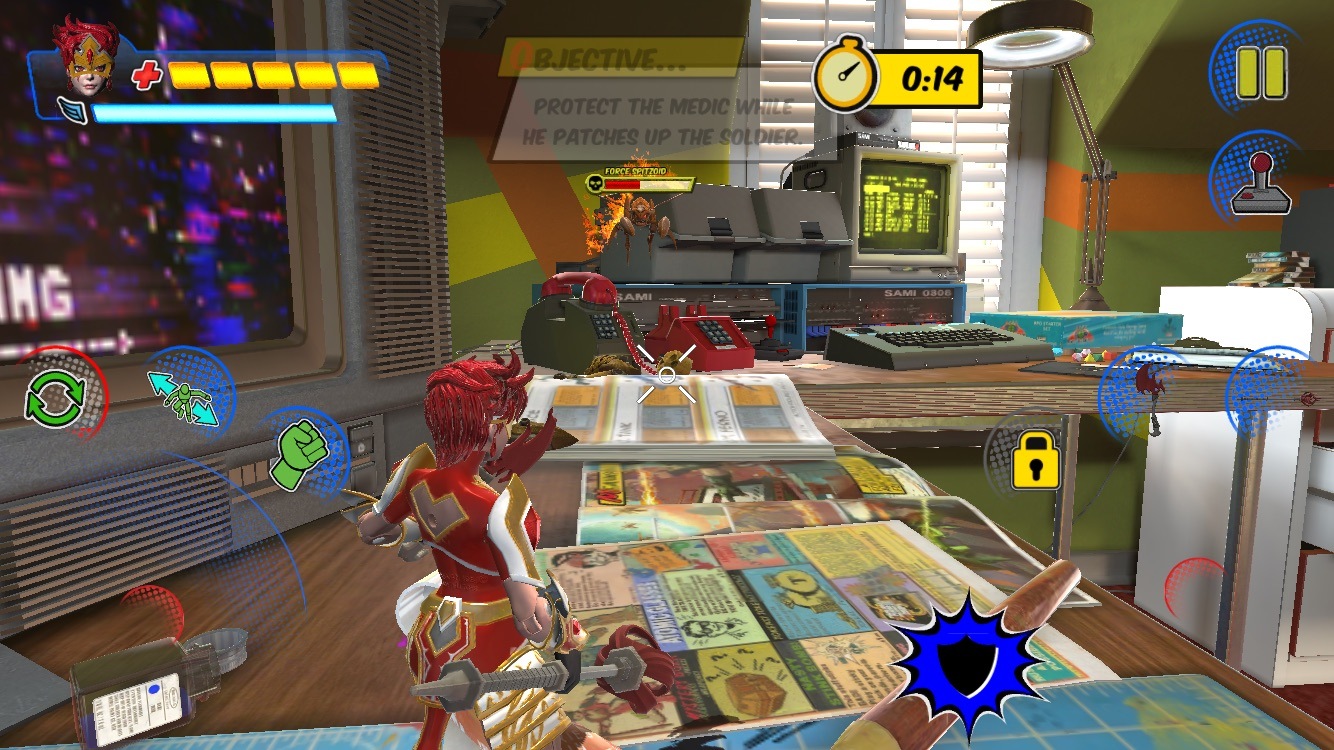 This becomes rather problematic after the first few levels because, despite the variety of mission goals, things get pretty repetitive. Most missions involve running to a certain point and standing in place for a few seconds while your character interacts with a thing, then running to another spot and waiting again. You get to blast enemies along the way of course, with either a manual control scheme that’s surprisingly clever (it auto-shoots when you move the crosshairs over an enemy and tapping the right virtual stick will jump) or a sort of auto-pilot mode that comes in handy for the easier missions. And it’s actually pretty clever how discarded action figure boxes function as badguy spawners.

Speaking of those badguy spawners, Fantastic Plastic Squad pulls off the theme of a world inhabited by toys incredibly well. The sense of scale in each level is spot on, with gigantic human-scale furniture and lots of toy playsets in key locations. The animations for the background characters are great, too. They don’t have knees or elbows, so the sort of stiffly waddle around in a way that makes sense (and it’s amusing to watch). Even so of the menu stuff like leveling-up your heroes makes use of the theme, with the selected character getting sealed up in one of those 80s-style figure carrying cases with a giant face on the front. 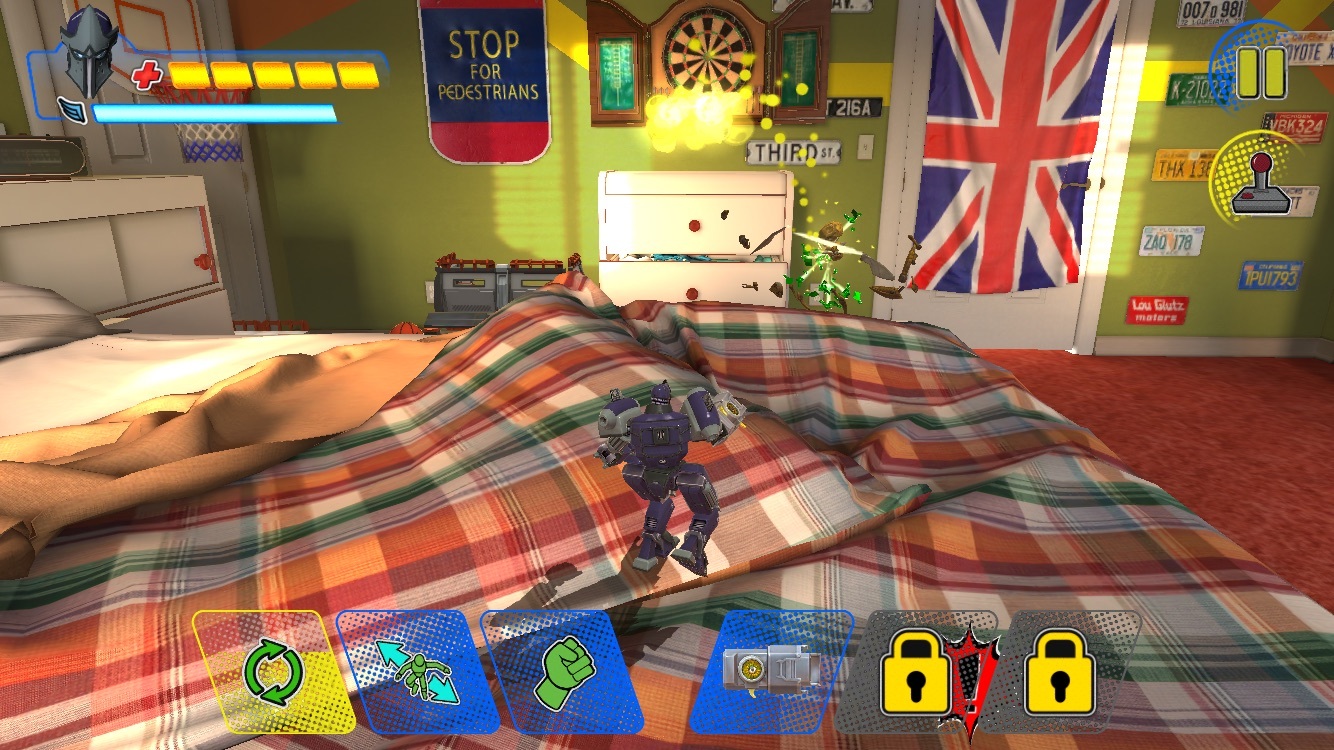 And speaking of those menus, while they’re functional for the most part, I have one major complaint: power cells. As with most freemium games, you have limited inventory space and can spend premium currency to increase how much you can store. Fine, whatever. But you’ll run out of space pretty quickly if you play more than a few levels at a time (or keep replaying levels to earn more medals), and the game won’t let you play any other missions until you make room. Seriously, if you’re full and try to play more a window pops up with the option to either use cells to level-up characters or to buy more space.

The kicker is that you actually can exchange power cells for plastic (i.e. money) in order to make room, but the game doesn’t share this kind of important information with you. You actually have to go into the general inventory menu and then tap on each power cell individually and sell it. 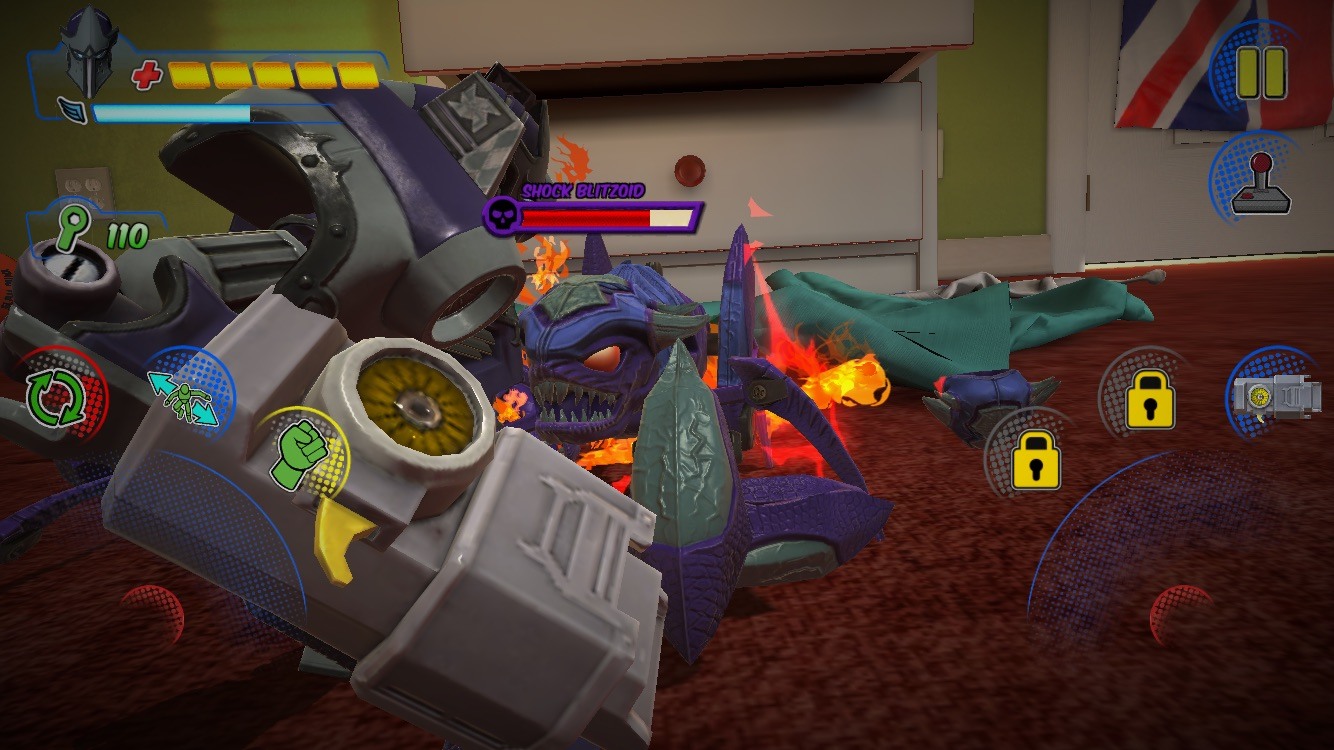 One last thing that really bugs me about Fantastic Plastic Squad is how terribly inconsiderate it is when it comes to players who don’t have unlimited data on their mobile plans. As you might expect, it downloads more stuff when you start it up for the first time. This always annoys me, but it’s not so bad when you plan for it and start the game up when you’re on a WiFi connection. The problem is that it’s going to download even more stuff later on. Finished the tutorial? Now you’ve got to download more stuff. Beat the first section of missions? More stuff. Personally, I hate that nonsense.

There’s no denying that Fantastic Plastic Squad is a great-looking game, and the whole “toy” thing is pulled off really, really well. But it does get pretty tedious, and a I seriously cannot stand how it keeps downloading more and more content. With a game like this, I’d be afraid to play without a WiFi connection.