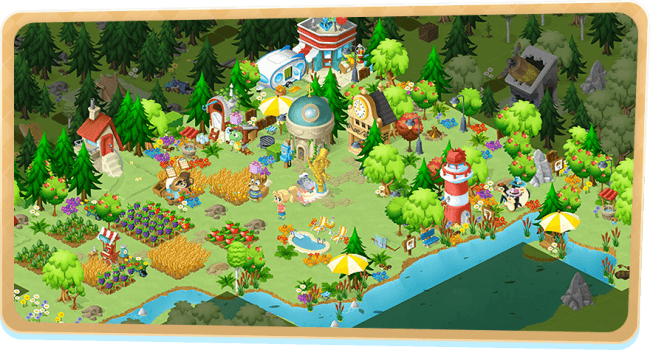 In the real world, if a human being were to inexplicably fall into a land of animals that quickly put him or her to work, that human would have a serious problem. But in the world of social gaming, that’s simply business as usual. Fantastic Forest by Wooga kicks off with a similar example of human servitude, an immediate warning that this social game offers little originality beyond its cute visuals.

The fun in Fantastic Forest begins when you, the player, tumble from the sky and land in a forest populated by animals. You quickly become friends with Rose, a skunk who shows you how to plant, gather, and sell food. Once you’re settled in, you learn that the mayor of the forest has gone missing. Rose enlists your help to find him, which primarily involves searching for clues, expanding the forest’s borders, and excavating the ruins of city hall.

Good luck getting anywhere in the investigation, though. Excavation and exploration in Fantastic Forest is dependent on having the correct items to do so, and most of those items are a hassle to acquire without coughing up some of the game’s premium currency. For instance, you need an item called “Plans in a Bottle” to restore city hall. You’re supposed to be able to fish the plans out of the river, but you can fish for ages without finding anything beyond goldfish and bluegills. You can technically ask a friend for the item, but what are the chances they found one while fishing?

Worse, items like fishing lures cost money, and soft currency is likewise a pill to acquire in Fantastic Forest (just like real life!). You can sell fruits and vegetables, but even the simplest veggie crops take ages to grow. Villagers might give you a little money for gathering wood and stones for them, but that’s chump change compared to how much it costs to get things done in the forest.

Fantastic Forest isn’t entirely bad news, though. The archaic energy system is gone; you can play for as long as you like without having to wait for a recharge (though there isn’t much to do beyond waiting around for your crops to germinate). You can change your gender on the fly by hopping into a magic hat. The graphics are nice and colorful, and the character designs are charming (especially Nippy, the crotchety, pipe-smoking turtle). 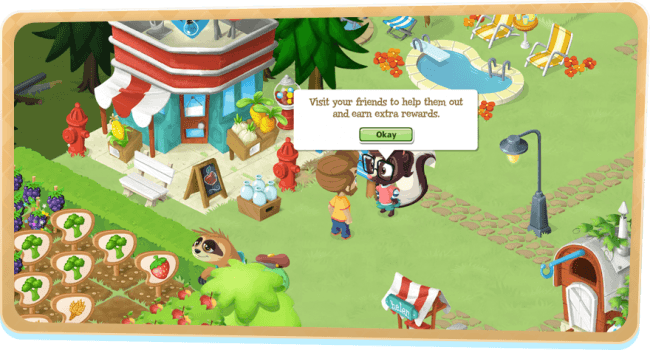 Despite its name, Fantastic Forest is a typical Facebook-based social gaming experience. It’s been done a million times before. Small kids may get a kick out of frolicking around the woods and talking to its cute critters, but only until they inevitably run up against a paywall or simply get tired of waiting around.

Fantastic Forest does have some good ideas, namely the abolition of an energy system and the ability to switch from boy to girl on a whim. Hopefully, future Wooga titles will continue to implement these features while improving on the overall gameplay experience.