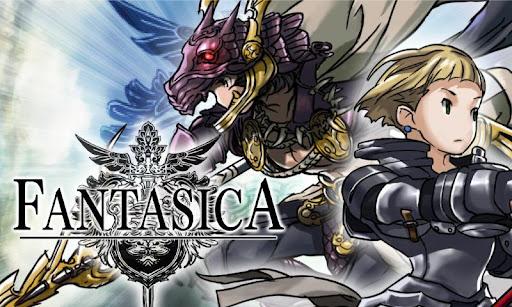 Fantasica, while interesting, is far from fantastica.

Fantastica is a collectible card battle game with a twist: Instead of a straight-up numbers game, units – which is to say, your cards –  must be deployed strategically in tower defense battles against enemies both on the ground and in the air. That extra layer of strategy gives it a depth that other games in the genre can’t match, even as it lags behind them in more conventional CCG features.

Above all else, collectible card battle games are all about collecting. Put together the best mix of cards you can, enhance and evolve them, stack them up to maximize their impact and then array them against the computer or other players to see whose numbers and strategies add up to a winner. If you’re not obsessively collecting cards and grinding to make them better, you’re not doing it right. Actual gameplay, in the conventional sense, tends to be awfully thin, to the point of near non-existence; winning or losing depends entirely upon the deck you can lay on the table.

Fantasica is a little different. It has many of the same elements, and even the same kind of gameplay in its “training” area, as most CCGs, requiring nothing more than tapping a button to move ahead to the next monster or treasure chest, which is defeated and claimed by default. But the quests and special event areas in this game take a little more thinking than that, as they require you to arrange your forces to defend against the attacks of enemy monsters in classic, albeit rather simple, tower defense action.

“Tower defense,” for those not familiar with the term, is a type of game in which you place stationary units along the path of attacking enemy units, with the goal of destroying them before they can reach their objective.Plants vs. Zombies is probably the best-known tower defense game on the market, although there are dozens and likely hundreds of others; while it sounds simple it can actually be very challenging.

With that said, Fantasica is very definitely parked on the “easy” side of the genre even at its upper limits. Enemy pathing is fairly straightforward and the number of units you can place to defend against them is very limited. It’s possible to add units to the field mid-battle if you have room and sufficient “unit points” remaining, but once your forces are set, there’s nothing to do but stand back and watch the action unfold. If even one enemy unit gets past, you lose and have to do it again, but there are no penalties aside from having to wait for the preset cool-down period to pass by. Even so, the mere presence of elements that require some actual thought and input from the player is noteworthy in a CCG battle game. 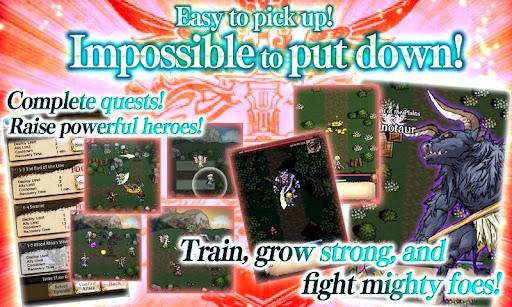 Units in Fantasica gain experience through use, so the more you use them in battle, the stronger and more effective they become. They’re ranked by melee, missile and magic attack values, which determines their usefulness in battle; a powerful melee fighter may be ferocious against land-based enemies, but will be helpless against those that fly. Speed is also a big factor, as a unit that delivers a tremendous punch isn’t much use if three enemies slip by while it’s winding up for a swing. You don’t have to be Hannibal to figure out that a good variety of units will be vital for success.

In most other ways, Fantasica is a fairly generic example of the genre. Gameplay is divided into three distinct elements: training, quests and, when available, special events like the currently-ongoing “Demon’s Tower,” which provides a much more difficult tower defense challenge with commensurately better rewards. Cards of varying rarities are collected during training missions, through daily freebies, with trades from other players and, since this is a free-to-play game, via real-money purchases. You can ally with players to fight the computer and launch attacks against your fellow humans if you feel like stirring up trouble. The cool-down periods mentioned earlier enforce breaks in the action and ensure a relatively slow level progression, unless you’re willing to pay real money for “Mobacoins,” which can be used to skip the cool-downs and also to buy more advanced card packs.

Unfortunately, while the gameplay is relatively deep, Fantasica is lacking in other areas. The most obvious, and surprising, weakness is the lack of visual appeal. One of the game’s biggest selling points is that it features “beautifully illustrated manga cards drawn by Final Fantasy Art Director Hideo Minaba,” yet the character art is dull and simplistic, and everything is set against a beige, parchment-like backdrop. Compared to other popular CCGs – and yes, I’m talking primarily about Rage of Bahamut – this just doesn’t hold up. 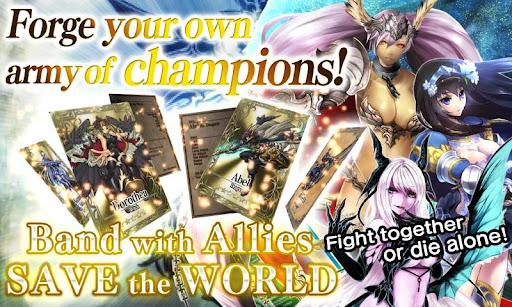 The interface is also a mess. A full quarter of the “My Page” home area is devoted to messages sent to or received from other players, so it’s empty if you’re not conversing with anyone, yet information about important events that happen in the game, like attacks or trade offers, scroll across the screen in a single line of tiny text in a completely separate area near the top of the screen. The buttons that access the various areas of the game, like the inbox or trade area, are located on a scrolling bar at the bottom of the screen that displays a maximum of four buttons at once (there are well over a dozen buttons in total) and since informational messages don’t include direct links to relevant areas, you’ll be doing a lot of scrolling to get where you need to be. And even figuring out where you need to be can be tricky at first; detailed information about your units, for instance, isn’t available through the “Units”screen but must be accessed via the “Album.”

The tower defense angle is cool, but it’s not quite enough to make up for Fantasica’s shortcomings in other areas. The clunky interface makes it difficult to get things done, and in spite of the Final Fantasy connection, it’s really not very much to look at. The added gameplay elements do give it a certain unique appeal, but as collectible card games go, there are better options out there.