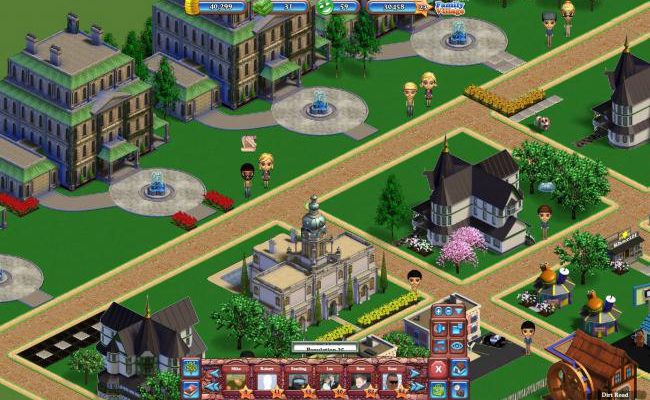 Family Village isn’t a great town-building social game, but it’s not bad, either. Invite your family. Do not interbreed.

Say what you will about Facebook social games, but one thing can’t be denied: They’re a decent way to communicate with distant relatives that otherwise stare blankly at your binge drinking album and wonder what’s become of their mother’s cousin’s second daughter. With Family Village, you can recruit said relatives, enter them in your family tree, make them part of your village, and take your relationship one step closer to real friendship.

Family Village is a social/town-building game with some interesting twists. Aside from assembling the usual roads, buildings, and houses, you must also nurture your “Heritage Tree” by adding family members (who double as residents). After several hours have lapsed, the game’s genealogy sleuth, Sally, will present you with family facts like birthday events, newspaper articles, and marriage records. It’s a fun idea, but don’t expect any mind-blowing revelations about being descended from Elrond of Rivendell or whatever. Family Village is a free game, and families usually pay hundreds of dollars to unfurl their genealogy. 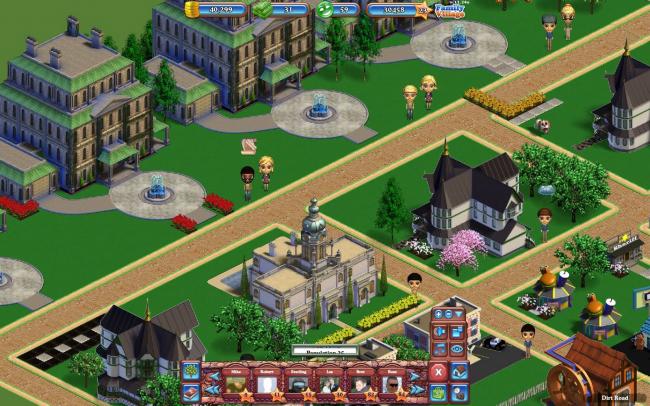 Aside from its family-exploration options, Family Village is a pretty basic town-building title. That’s not to say it’s bad. In fact, it’s quite solid. The game expects you to clear the land before you can build shelters and businesses, all of which takes energy. Luckily, you’re allotted a fair bit of energy and you can even make your own by converting the “Food” item when you get low. It’s a nice option to have when you need to swing your axe just one more time and don’t feel like waiting around.

Moving new residents into your village is fun, too. If you’re estranged from your family following a heated Thanksgiving argument that ended in a bloody pumpkin war, don’t despair. You can make up family members in lieu of importing them from Facebook. Say “hi” to your long-lost cousin Prince Apatosaurus, who was born from Zeus’s butt.

Family Village does have one major problem: It’s kind of hideous-looking. For a game that’s supposed to be about your family’s individuality, your character customization options are pathetic. Everybody looks like a knock-off Bratz doll, and they don’t even animate when they chop down trees or dig up soil. When you zoom in on your town, the pixelization is awful. 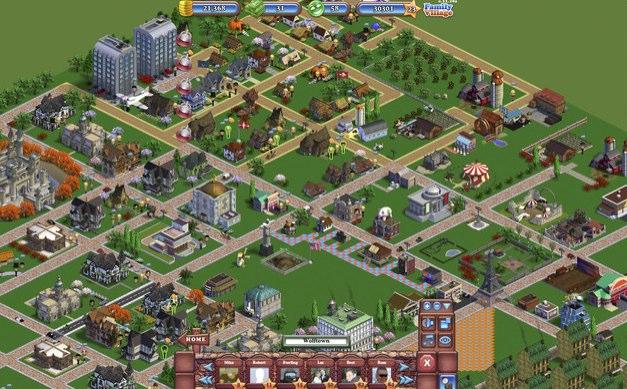 The game feels a bit cramped, too. You start on a very small, very crowded patch of land. You can expand, but you need to have a certain amount of friends/neighbors enlisted before you’re allowed to do so. In fact, registering friends is vital, period, as you need to visit friends to collect materials for buildings and whatnot. It can be frustrating, but to be completely fair, there’s no point in complaining about it given that Family Village is specifically a game about playing with your friends and family.

Family Village resides in an odd place. On one hand, the genealogy aspect is interesting, but under-realized and sluggish. On the other, it has some decent town-building features, but the game’s weak graphics mean that your town’s not going to be very pleasant to look at. Still, if your aunt sends you the inevitable invite for Family Village and you take it up in a fit of kindness, you might catch yourself having a good time.

The Trouble With Robots Review