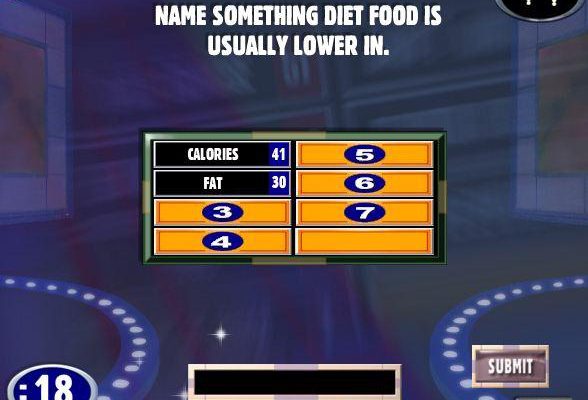 The team at iWin are no strangers to Family Feud. With a number of Feud titles under their belt ranging from Family Feud: Dream Home to Family Feud: Online Party, they were the perfect publisher to bring the Feud to Facebook for the first time. Not only does Family Feud retain the same polish and question quality as previous Feud titles, but it even includes some smart social aspects that are a perfect fit for the platform. But enough with the introductions — it’s time to play the Feud!

Fans of the show will be instantly familiar with the style of play offered in the Facebook adaptation. Players will go through a series of rounds where they’ll need to guess the most popular answers to a specific question. Players will type in their answers, and if their score is high enough they’ll move on to the “Fast Money” bonus round. None of this should be news to you. Family Feud has been on TV since 1976. If you don’t know the show by now, stop reading and go turn on the TV. You’ll be shouting out answers in no time, which will quickly be followed by a mad dash back to your PC so you can get your Feud on right here. 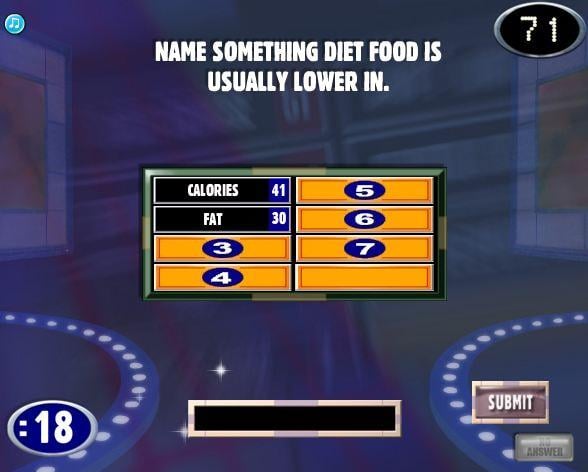 Since you won’t actually be competing against another family, the game has you competing against an average score in each round. If at the end of the game your score exceeds the average, you’ll get to move on to the Fast Money round which plays out exactly like its TV counterpart.

The game is so much fun that our only real complaint is that we wanted to play more of it. Each game lasts about five minutes and you’ll only be able to play twice before running out of free plays. You’ll earn more free plays as time goes on, but unless you’re willing to spend some real world money expect to squeeze in no more than two games a day. It’s an experience that’s over just as you feel you’re getting started, which is a real let down when you’re having so much fun.

We were also pleased to see the variety of questions available, and how smart the game was at interpreting our answers. Because the game is based on a text-entry system (you’ll be typing your own answers) it’s entirely possible that you’ll answer something that’s close to an answer on the board, but not an exact match. Family Feud constantly wowed us with its ability to recognize these answers. If the answer is “clothes” and you type “shirt,” it’ll register and you’ll get the points. 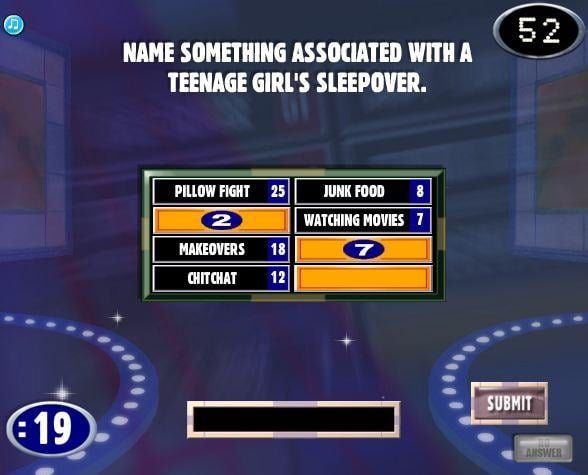 On the flipside, there were one or two isolated incidents where we had typed in the exact answer and it told us we were wrong, or we were remarkably close but still shut down. If I answered “scouts” and the correct answer is “boy scouts,” you’d think that would be a gimmee, but it wasn’t. But every now and then a situation like this would occur and we’d lose out on the score.

As you play you’ll earn “Feud Points” which can be spent on an assortment of prizes. It sounds neat, but it’s ultimately meaningless. Each prize is part of a collection, and each collection is part of a stage. Get every prize in every collection, and you’ll unlock a new stage with new prizes and collections. You’ll earn a free play at every new stage, but unlocking each stage will take so much time that it’s hardly an acceptable trade-off. Your lifetime Feud Points will also show on a leaderboard, pitting you against your friends in competition, albeit a friendly one.

The main social element in Family Feud comes in the final “Fast Money” round. As fans of the show will tell you, Fast Money is when one family member answers five questions and then another family member tries to answer the same questions. If the combined score of the two family members exceeds 200 points, they win big money. On Facebook, they win big Feud Points. And who plays your second family member? Whichever of your friends answers the call! 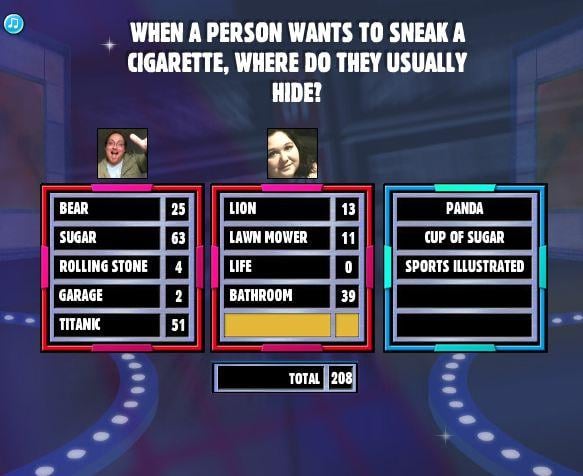 If you’re lucky enough to make it to the Fast Money round, you can post about it on your Facebook Wall and ask your friends to come and play as your partner. If they do you’ll be notified the next time you log in by checking the “Games with Friends” box on the homepage. That box will also highlight other friends who need their Fast Money rounds finished for them, giving you the chance to help them out and share in the wealth – even if you’ve used up your daily free games.

Family Feud is a great translation of the long-standing formula that any fan of the show will enjoy. What’s offered here remains remarkably faithful to its TV counterpart, and the social elements in Fast Money are a perfect fit for the Facebook platform. If you’ve ever found yourself shouting answers at the TV, consider this an absolute must-play. The survey says… this might just be the best trivia experience on Facebook yet.

The Mystery of the Crystal Portal: Beyond the Horizon Review