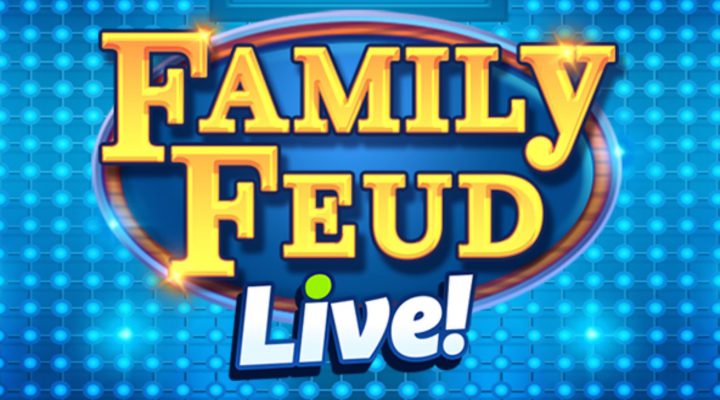 Enough variety in game modes to suit any amount of time availability.

Fast money mode can be a lot of fun, if sometimes racy.

Unclear how the wagering system works. No explanations.

Poor matching algorithm can leave you without a challenge.

When presented with the license, branding and basic premise of an internationally-recognised game show, there must be a considerable temptation to phone it in — and unfortunately, this seems to be the approach that was taken with Family Feud Live! That’s not going to stop the game from courting legions of players, though. Bringing a popular television show to mobile is an almost guaranteed recipe for mass market success.

But it’s hard to imagine that too many players will stick around for too long. While there are certainly worse game show games on the market, there are issues with Family Feud Live’s matching algorithm and Facebook integration (at least on Android) that seriously limit the fun.

There are three main game modes in Family Feud Live! – classic, tournament and fast money. For fans of the show, classic and fast money are pretty straightforward. In classic mode, you’re given a prompt and tasked with naming the five most common responses. Classic mode lasts three rounds (single points, double points, triple points) with the winner being the person to accumulate the most points across all three rounds. Tournament mode is a twist on classic mode that requires you to beat three different opponents in succession.

Fast money, by contrast, gives you only one shot to guess the most popular answer to each prompt. It is, as the name suggests, the fastest of the game modes – five prompts, five guesses, most points wins. It’s also probably the most fun.

Yet, when it comes to Family Feud Live!, even the joy provided by winning five fast money games in a row might not be enough to compensate for the game’s weaknesses.

The most significant of these is the game’s matching algorithm. When compared with other casual/social games, there doesn’t seem to be much sophistication to who you’re matched up with. It’s possible to go a hundred games without facing a real challenge, hit twenty tough opponents in a row, then win another fifty games without breaking a sweat. This makes it difficult to believe that there’s been any effort put into matching players by ability.

When tested on Android, there also seemed to be a major problem with Facebook integration. Two of the main reasons why people give games access to Facebook data are the ability to share scores and in-game assets across multiple devices and the ability to keep in-game assets (purchases in particular) tied to a game account that won’t disappear even if the install of the game does. Family Feud Live! also offers free tickets and a more fully developed game to those who integrate the game with their Facebook account. However, when trying to get the game to connect to Facebook on a Samsung Galaxy S6, the game would crash.

This integration issue wasn’t a one-off. It happened dozens of times over the course of a weekend. If someone facing this issue is limited to a single device, it’s hard to imagine they’ll stay engaged in guest mode long enough for the issue to be fixed.

For those who are just looking to kill time and don’t face Facebook integration issues, Family Feud Live! might be a good enough distraction to stick around for a couple weeks. However, it’s unlikely that this is going to be enough for the game to make its targets. Again, while there are worse casual games out there, Family Feud Live! just doesn’t live up to its potential.

Echoes of the Past: Wolf Healer Review – Best. Bracelet. Ever.