Fallen: The Flowers of Evil Review 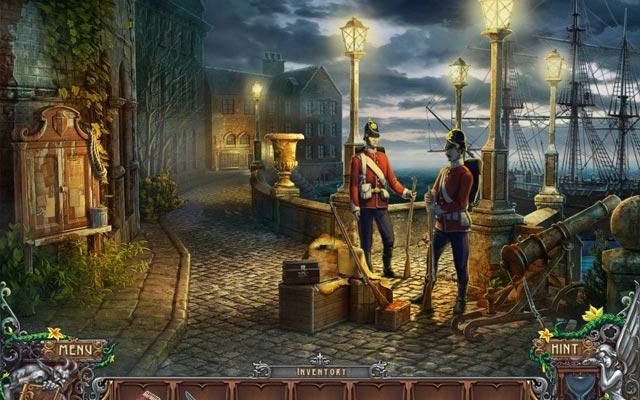 Fallen: The Flowers of Disappointment

Fallen: The Flowers of Evil starts with a simple vampire story, as a scared village has fallen victim to a beast of the night that leaves two recognizable marks on its victims’ necks. As a seasoned doctor, you’ll need to investigate these rumors of vampires and save a young girl’s life before she too is lost.

Fallen: The Flowers of Evil has an interesting, albeit clichéd storyline that’s brought to life via nice voice-acting and the occasional piece of newspaper or journal paper scattered around the environment. Early on, you’ll receive a map that allows for fast travel to any previously visited scene, which is helpful due to the massive amount of backtracking otherwise required. That being said, the map takes a while to open, and there are no action markers telling you where you should go next. 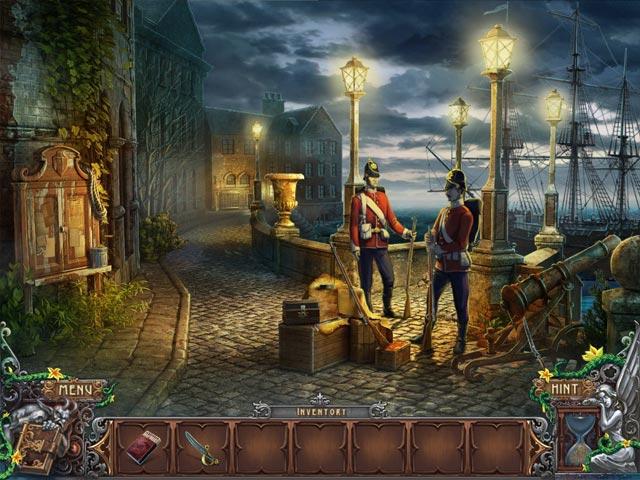 As a standard hidden object game, Fallen: The Flowers of Evil will see you traveling through a series of dark, mostly abandoned environments as you collect keys and handles to open locked chests, doors or drawers, collect medallions and buttons to open locked gates, or simply collect tools that can sometimes be used in multiple locations before they disappear (a pair of tweezers can be used to pick up both a chess piece and a wick, for instance). These are all tasks that hidden object fans will be incredibly familiar with, but you’re given so much to do at once that it can be far too easy to forget which specific collectible you needed in bulk to open one of five or more locked doors you may have in front of you at any one moment in time.

The hidden object scenes themselves are ugly, with dull, pixelated graphics, but the cutscenes and actual in-game environments do look a bit better. Each scene can be completed by finding items on standard text lists, or by playing a game of “Breakout” as you move a paddle at the bottom of the screen to bounce a ball that breaks blocks at the top. While it’s great to see two options for completing hidden object scenes, the Breakout option is incredibly time consuming, and switching back and forth between the modes resets the hint recharge timer if you decide to simply finish the stage by “hinting” out the last object. 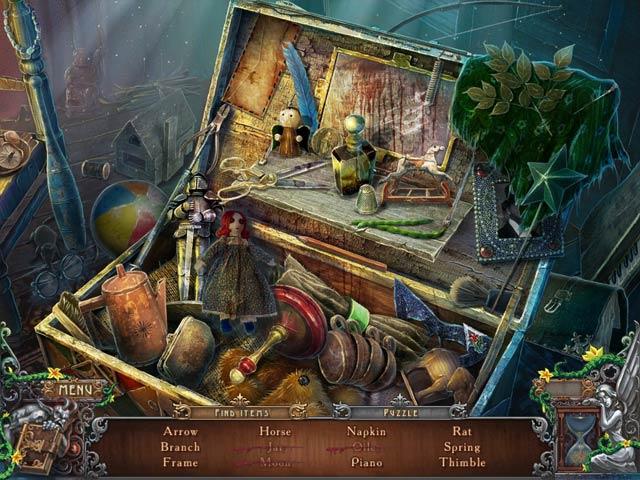 The hint meter recharges slowly out in the open world and within puzzles, which come in the most basic of varieties. You may need to swap tile locations in one puzzle or find matches underneath tiles in another. None of them are overly difficult, but some of the tile-sliding variety can take a while to complete simply due to them having so many individual pieces.

Some of the biggest issues within Fallen: The Flowers of Evil are the aforementioned hidden object scenes. Even if they weren’t ugly, they are simply poorly designed. They reactivate multiple times throughout your time with the game, but there’s no rhyme or reason for why one scene reactivates in an area that you’ve visited long, long ago, instead of a scene that you’re closer to. Furthermore, the items that you’ve already found reappear in each scene, which is just sloppy. 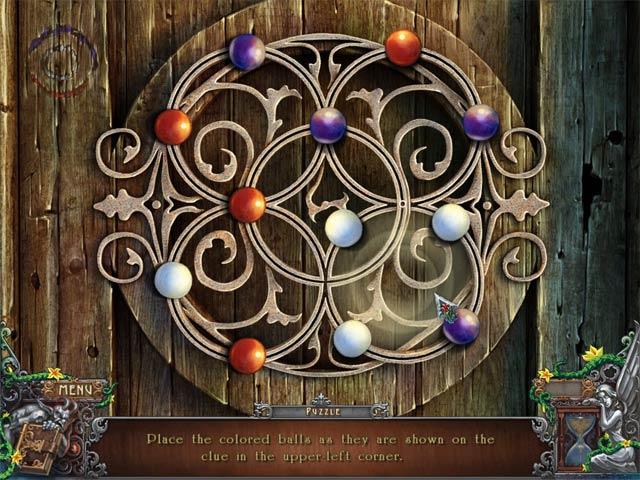 All told, Fallen: The Flowers of Evil comes with only a few redeeming qualities. The storyline becomes more interesting as you go along, with the introduction of new characters and magical flowers, and the cutscenes are animated nicely. Otherwise, you’re looking at a slow-moving experience, with a map that could be much more helpful, very little puzzle originality and graphics that are inconsistent at best. At its very core, Fallen: The Flowers of Evil functions for those looking for a challenging game, but it definitely isn’t impressive in anything it does.