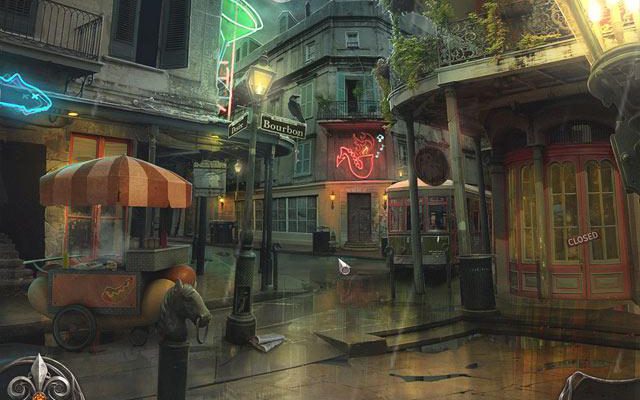 Fallen Shadows tries too hard to be dark and serious, only to become laughable and unplayable in the process.

Putting it simply, Fallen Shadows has a decent premise from the outset, but quickly becomes an overcomplicated mess. You’re the granddaughter of an elderly man who has gone missing. It’s six months after Hurricane Katrina devastated New Orleans, and you take it upon yourself to travel to your former home to solve your grandfather’s disappearance. From there, the story adds in voodoo, jazz music, old photography, beggars, street vendors and more. While Fallen Shadows seems to try and capture the spirit of Nola, it tries far too hard and fails in every way.

While the graphics here make Fallen Shadows out to be another typical gloomy, dramatic affair, and at times do contain some nice artwork, you can never really take the time to enjoy them for all of the technical and gameplay issues that run rampant throughout the entirety of the game. While linear, this hidden object game offers you little help as to what you’re actually supposed to do next. You’re presented with one stationary scene after another, and must move your mouse around the screen until it changes shape or color to know that you can interact with something. 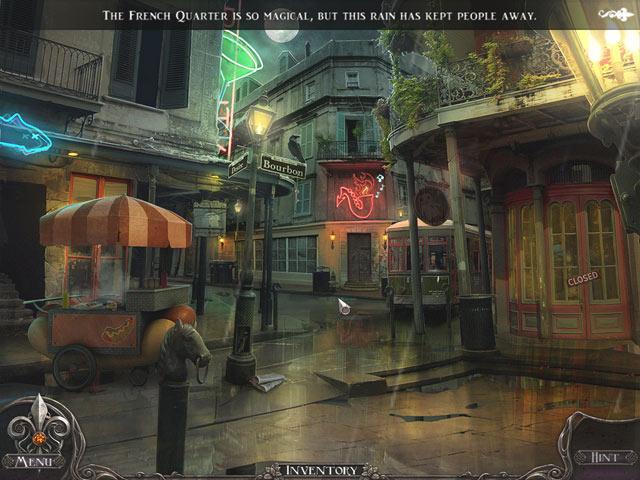 Only after you have “lucked” your way into finding all of the “clues” currently present on a screen will any hidden object scenes make themselves known. Sometimes, these scenes are created right in the cluttered backdrop you’re already looking at, while others require you to zoom in on suitcases, desks, and other expected locations. While the mechanic of finding items on a list is fine, the vast majority of the items here are so small, or so poorly named, that each scene becomes more frustrating than the last, especially as they become more frequent the longer that you play the game. For example, a “Relaxing Buddha” turned out to really be an ordinary looking statue, about an eighth of an inch wide, lying on its side at the back of a scene. That actual Buddha you see on the left side of the screen? Not what you’re looking for.

Between each scene and chapter in the game are cryptic poems or bits of dialogue from the main character that do little to explain the storyline, as our heroine creates explanations for things around her on her own, and simply states them as fact without actually allowing us to make sense of it all. After finding a small golden bone, for example, we’re told that this must be the key to continuing, and so we begin our search for more golden bones. But why are the golden bones significant? Why did I just steal from a voodoo shop? Why am I still playing this game? 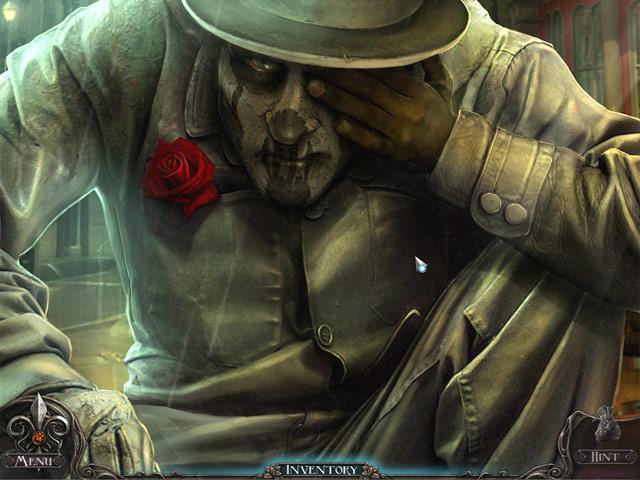 From a purely technical standpoint, things fare no better. For one, after completing a hidden object scene, you have to cancel yourself out of the screen manually – the game won’t close it for you. While that may become acceptable after you acclimate, the flashing artifacts (large transparent outlines that appear in the corners) and white pixel lines that are forever present during cutscenes or even during general gameplay are entirely distracting and do little to help the game’s cause. Even the game’s pop-up dialogue menus deserve a negative mention, as the text is blurry and somewhat difficult to read.

Unfortunately, there isn’t much to like about Fallen Shadows. While more quality testing (or, by the state of things, any quality testing) would have helped the technical issues, there’s still no excuse for objects being so small that you’ll need to wait for the hint button to recharge upwards of five or six times to finish a single scene. Screenshots may make this game look good, but remember – you should never judge a book by its cover.