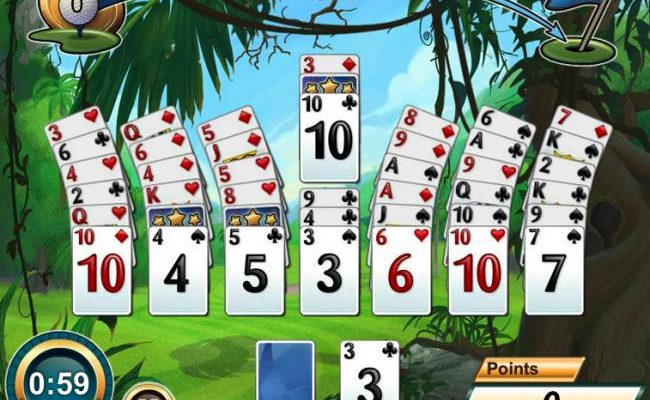 Fairway Fever is simple to explain: it’s solitaire mixed with the Bejeweled Blitz formula. You have to match as many cards as possible with a one minute time limit. And there’s a golf theme, for some reason. It may sound incredibly basic and derivative, but that doesn’t stop it from being a good amount of mindless fun.

Fairway Fever doesn’t utilize the more common klondike version of solitaire, but instead features a variation in which the cards are divided into seven rows with a pile at the bottom. A single card is flipped over from the pile and you’ll be matching cards based on that. So if you have a six, for example, you can remove either a seven or a five from the pile and then you continue to eliminate cards based on the last one eliminated. So, in this example, you could go six, five, four, three, four, etc. The color doesn’t matter and once you run out moves you simply flip over a card and start again. The goal is to eliminate all of the cards in the seven rows. 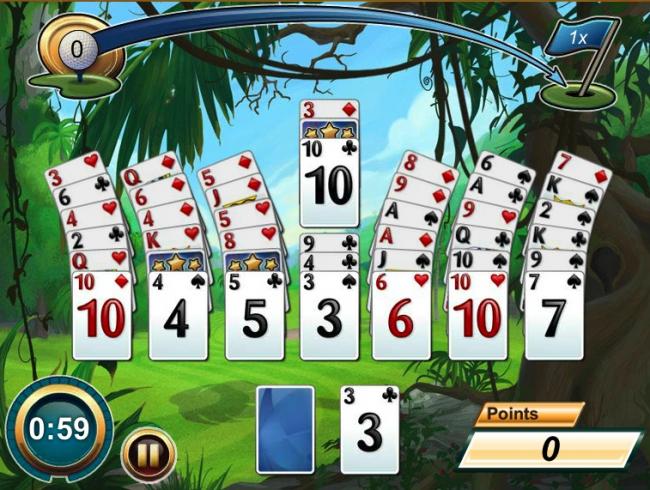 Where as solitaire is typically a relaxing game, the sort of thing you play while whittling away the hours at the cottage, Fairway Fever is much more intense. As with the “Blitz” line of games the experience is boiled down to one minute sessions, and eliminating all of the cards is such a short span can be nerve wracking. Success relies on quick thinking, as you don’t have the time to carefully plot out your moves ahead of time. But, as with most of these sorts of games, there are power-ups to make things a bit easier, giving you bonuses like extra time or eliminating random cards from the rows.

The game also has, for whatever reason, a golf theme, which extends not only to its visual style, but also to the scoring. In addition to simply getting the highest score, which you can then compare with friends via online leaderboards, there’s also a longest drive, which refers to the largest number of cards you’re able to eliminate before having to flip over a new card. 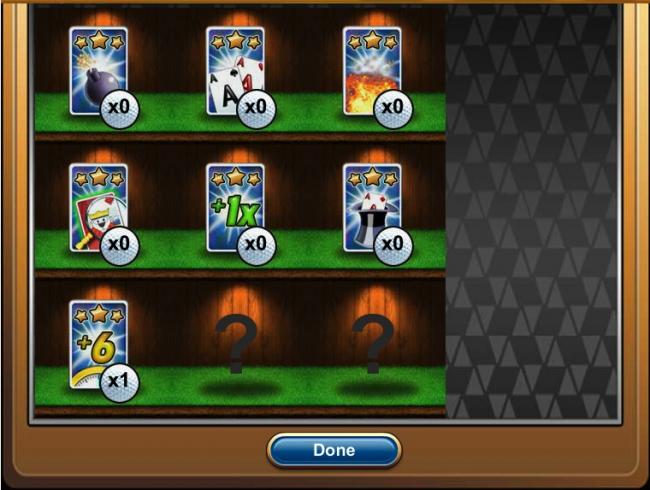 In theory Fairway Fever probably shouldn’t work, merging the ubiquitous solitaire with the nearly done to death “Blitz” formula. And yet it’s still a lot of fun. It’s easy to lose yourself in a regular game of solitaire, losing track of time as you enter that zen state, but Fairway Fever forces you to look at the game in a different way, making things more fast paced and better suited to shorter play sessions. Plus, there’s no limit on how many times you can play in any given session, making it great for longer sessions as well.