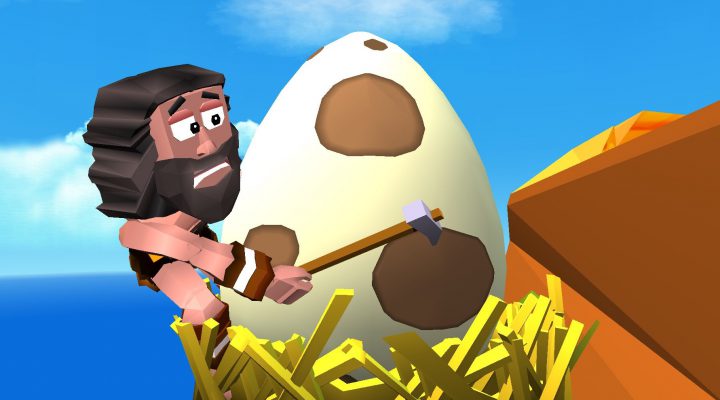 Can be slow going getting the hang of the game and its dangers.

Faily Tumbler is the third Faily-themed game to emerge from Australian studio Spunge Games. Rather than repeating the exact same formula that turned Faily Brakes and Faily Rider into surprise hits, Spunge has decided to shake things up a little this time around — and the results are pretty awesome.

Rather than moving the story of Phil Faily and his atrocious luck with vehicles forward, Faily Tumbler looks back. WAY back. Taking the notion of a prequel to the extreme, Faily Tumbler introduces us to Phil Faily’s caveman ancestor. We’re as surprised as you are that the Faily family line survived. It’s definitely proof of miracles. Millennia before the invention of cars and motorbikes, caveman Faily makes the ill-advised decision to scale a volcano in search of eggs, triggering an eruption he then needs to escape as he tumbles his way back down the volcano.

In terms of gameplay, for those who have played Faily Brakes or Faily Rider, Faily Tumbler hands over control where the earlier games takes it away in a sort of crash mode turned lucid dream. There are no vehicles to protect you here – it’s just your defenseless caveman body flying down the hill — but you have some control over your direction and you’re able to tuck yourself into a (time limited) tumble that’ll let you catch air and gain speed. 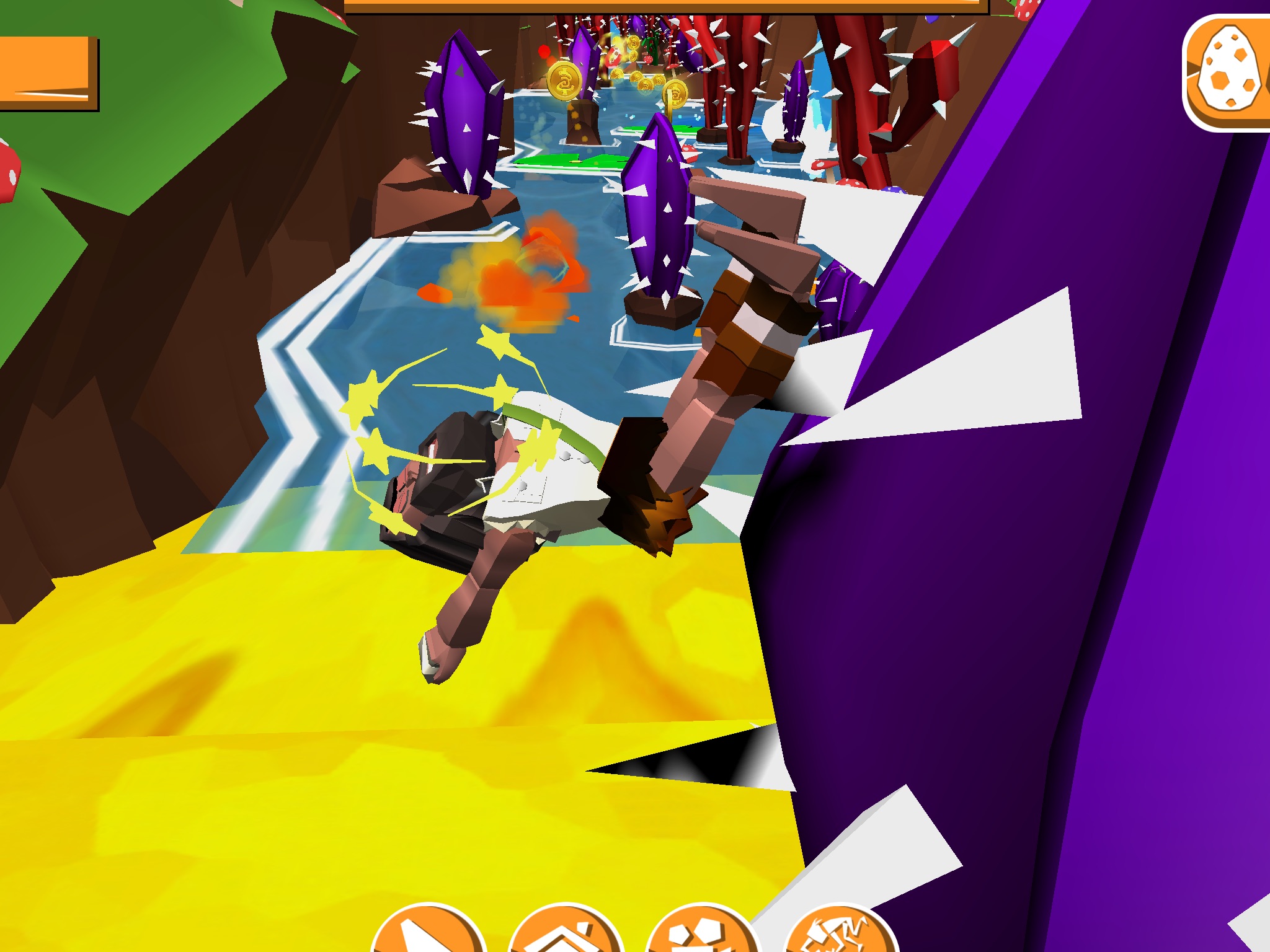 For those who somehow missed the early Faily craze, Faily Tumbler captures the feeling of being young and reckless, flinging yourself down a hillside with no consideration of the potential for broken limbs and banged heads. It’s exciting. It’s dangerous. It’s freedom and joy combined and distilled into the format of an endless runner.

The controls are simple to understand, but deliberately imprecise. Having some – but not total – control over your movements is where the challenge in Faily Tumbler comes from. Press to the right to move caveman Faily to the right. Press to the left to move him in the opposite direction. Hold both sides of the screen to tumble. Though the length of your tumbles are limited by the little tumble energy meter, they are crucial to your success in the game. Guide yourself well and you’ll be able to pick up gliders and other special objects that’ll prolong your trip. 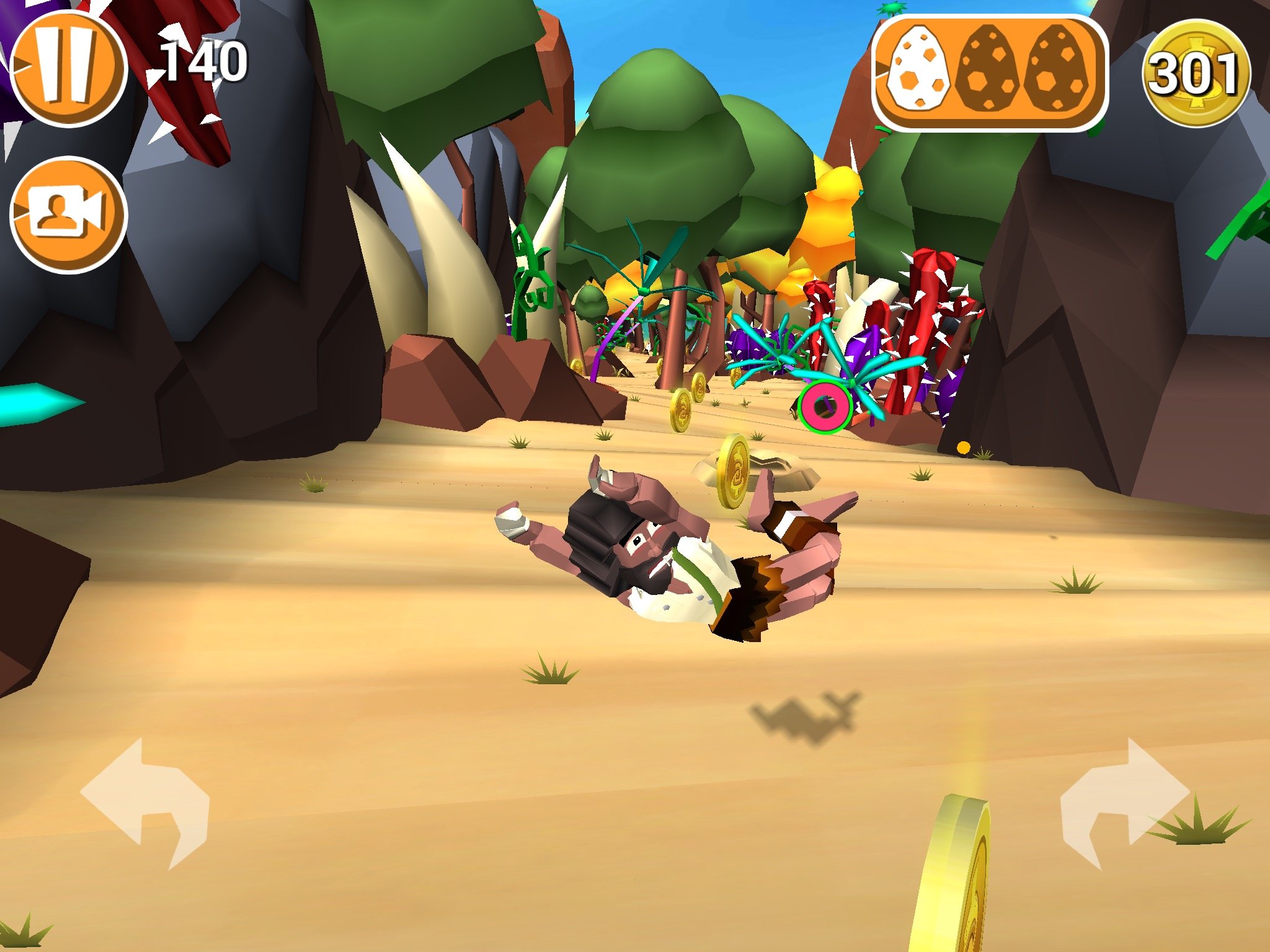 As simple as the controls are, it can take a little bit to really get the hang of Faily Tumbler and make it past the 1000 meter mark for the first time. But it’s unlikely you’ll be able to put it down before you do. With each run feeling a little different from the last, it’s hard to get complacent and even harder to stop coming back for more.

Faily Tumblr doesn’t just play well, it looks great too. With bright, cheerful 3D graphics, it’s easy to totally forget that the basic premise of the game is to guide a lovable dummy of a caveman through his untimely Pompeii-style demise. 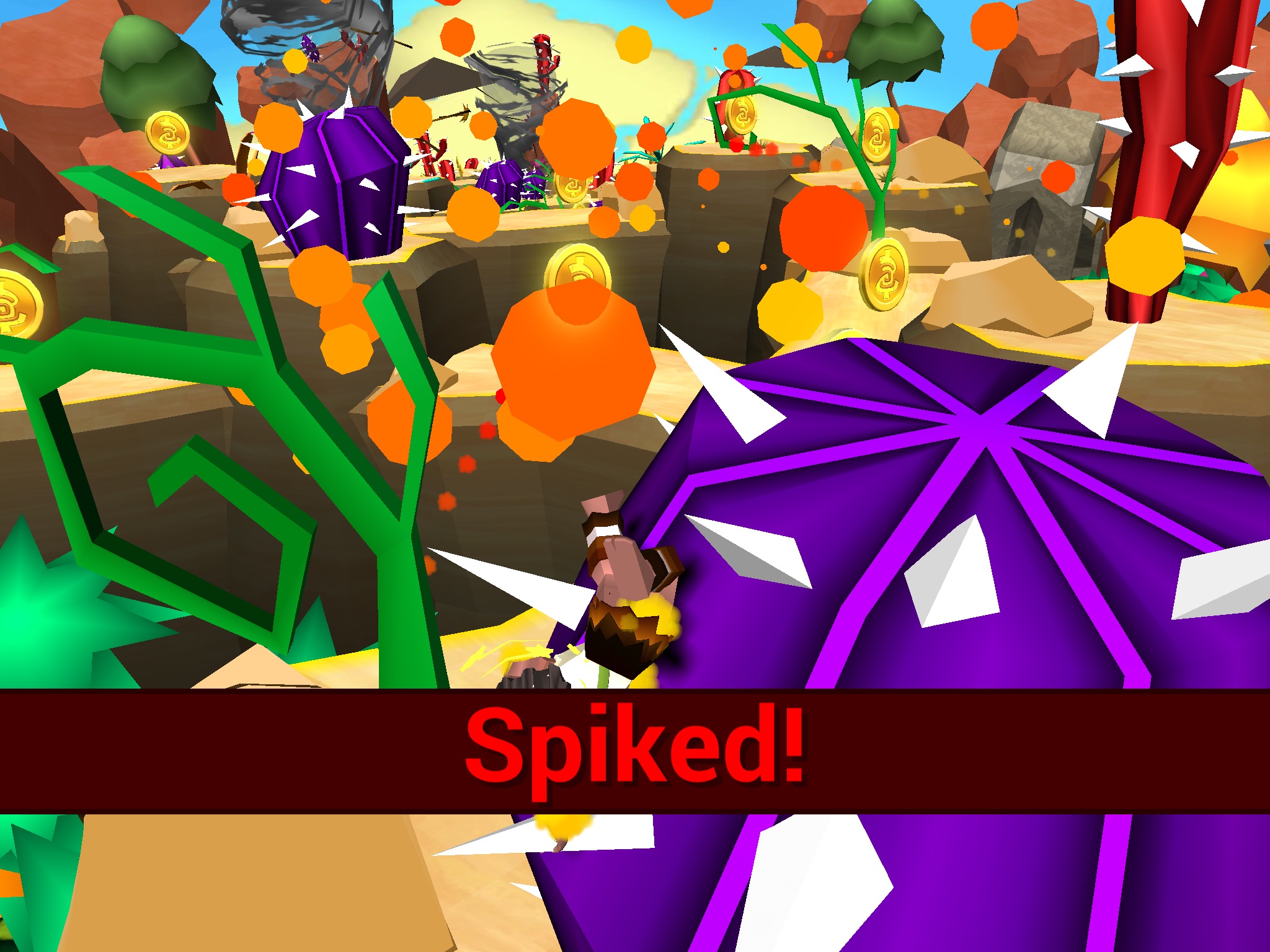 The basic graphical style is carried over from the earlier Faily games (with some improvements). If you switch the loincloth out for skinny jeans, caveman Faily could easily be mistaken for Phil Faily’s hipster son.

At the same time, one of the strengths of Faily Tumbler is the extent of the game’s character customization options. This will likely appeal to the game’s younger players in particular. With new characters, outfits and upgrades to unlock, there’s a lot that can be done to personalize your Faily Tumbler experience. A lot of customization can be done with in-game currency collected in-run and through reward eggs alone. If you’re looking for new characters though, this is where in-app purchases are necessary. 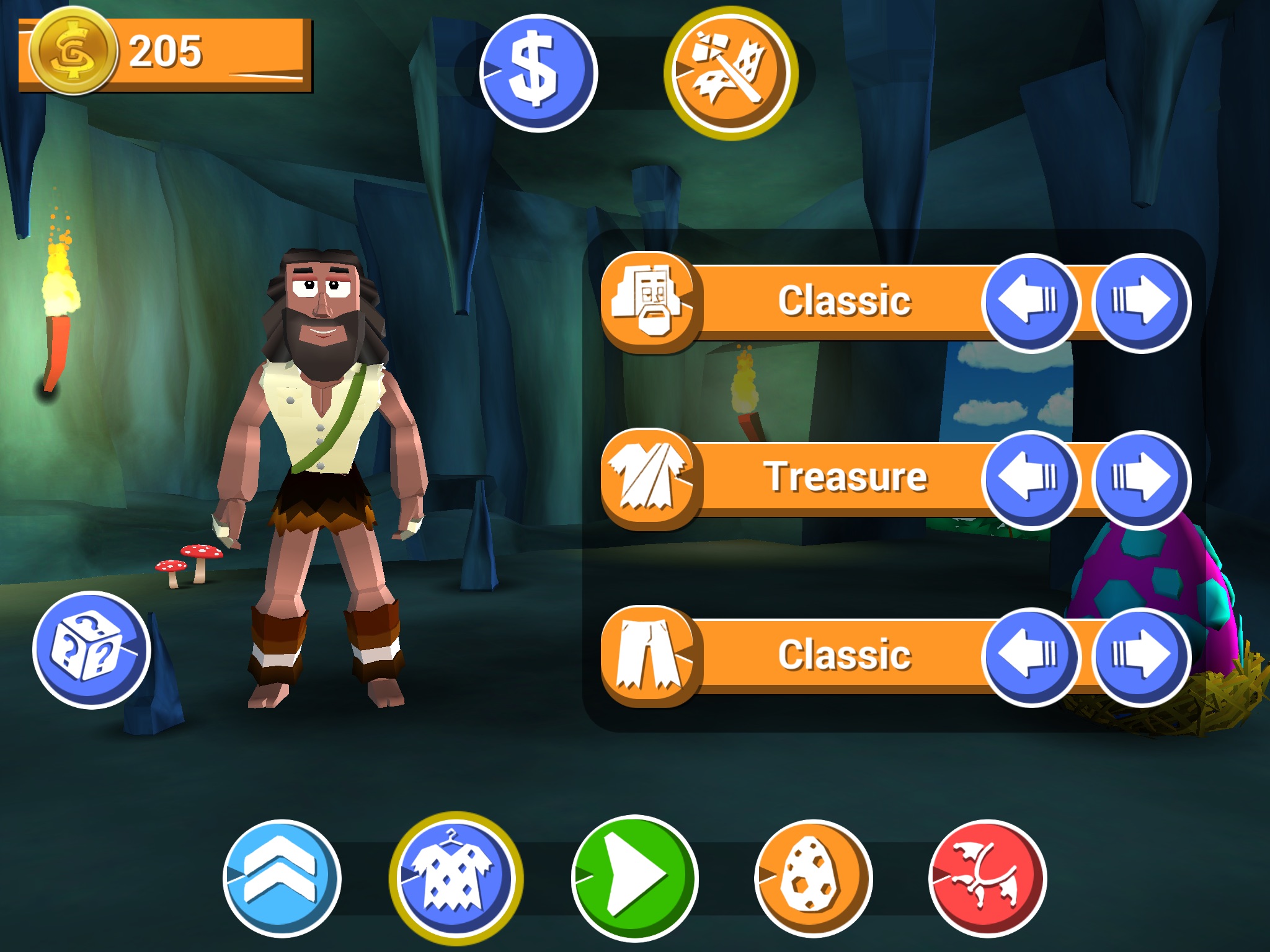 Much to our delight, Faily Tumbler isn’t just a third take on the exact same experience. It’s similar enough that fans will be delighted by what’s on offer, but fresh enough to ensure they won’t start to tire of the Faily family’s frequent fumbles.