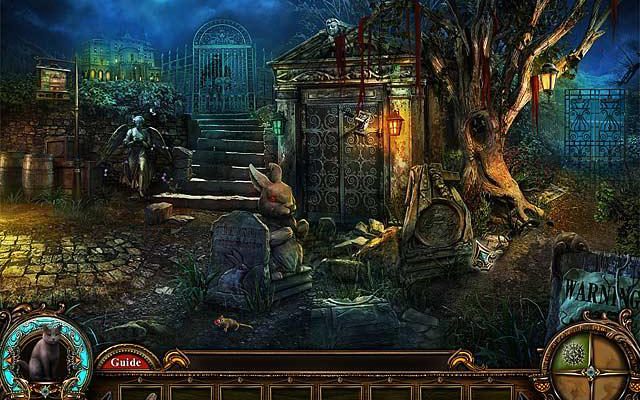 Blue Tea Games is known for making strong hidden object adventures, and that’s what makes Fabled Legends: The Dark Piper so disappointing. From its ho-hum story concept to its shop-worn gameplay, The Dark Piper marches staidly along, offering little in the way of wonder, mystery, innovation or suspense. With little for veteran gamers to latch onto, The Dark Piper becomes an exercise in mediocrity meant for either the utterly inexperienced or the painfully undiscerning.

The Dark Piper begins in the village of Hamelin, in the middle of the annual Pied Piper festival. At the height of its levity, the celebration is interrupted by what seems like a ghost from the past—the mysterious, and for some reason, vengeful—Pied Piper. The town and its inhabitants are nearly destroyed by a horde of red-eyed plague rats, and their flute-wielding master then vanishes into the shadows. Five days later, the reigning Duke calls you, the “Fabled Inspector” to come to the town, find this malevolent masked man and stop him before he unleashes the plague on all of Europe. 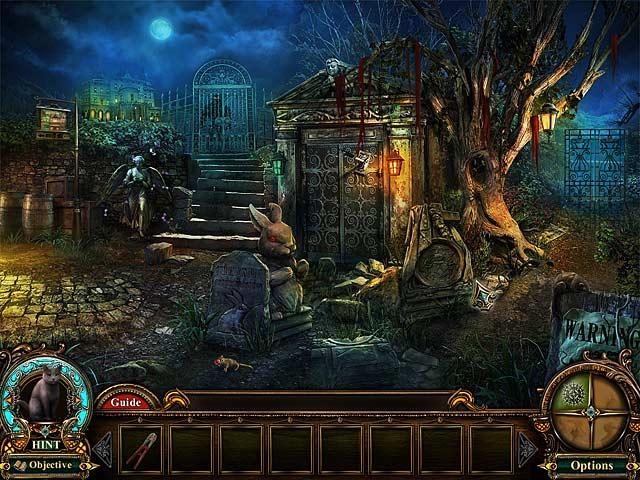 Being a hidden object game veteran, this predictable story setup had me sighing. If there’s one thing that’s been used in hidden object games one (or ten) too many times, it’s the mysterious masked villain. Countless games in this genre have relied on the elusive baddie who’s always just out of reach, but who pops in every now and again to cackle evilly and issue meaningless threats. Please developers, I beg you; spend the ten minutes it takes to come up with a villain that doesn’t bore the pants off us or we’re going to stop playing your games.

I wish I could say that the rest of the game was more creative than its bad guy but honestly, I can’t.

The one thing Blue Tea deserves credit for is its beautiful environments. The Dark Piper has a generous number of really nice locations, but they’re unfortunately the setting for some fairly uninteresting interactivity. Veteran gamers will definitely feel they’ve played this game before, from collecting morphing objects to trudging through the monotonous, hidden object-heavy gameplay. Granted, a few of the puzzles are good-looking, and the “grail” aspect of the game that lets you repeatedly use magical items to accomplish your objectives is mildly entertaining. In the end though, it’s just not enough. 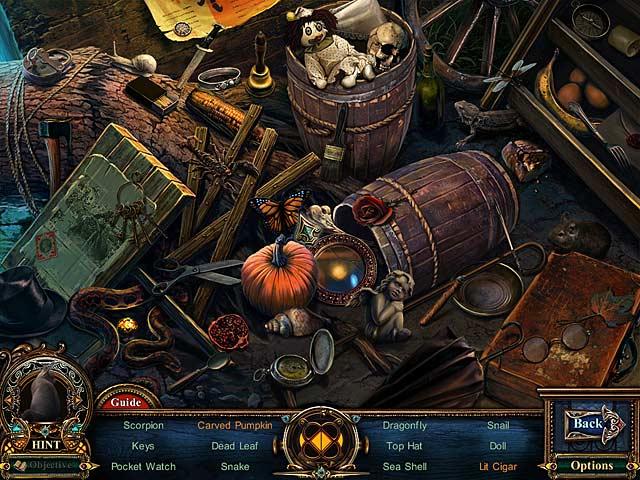 Relying heavily on finding keys for locked doors and locked boxes, the game as a whole feels repetitive, lazily put together ,and painfully old school. Worse yet, it’s designed in a way that forces you to revisit the same locations over and over and over again, and the so-called objective map does little to mitigate that. The map isn’t as helpful as it could be, since it indicates your objectives, but not the sub-objectives you need to complete to accomplish them. This means far more backtracking than should be necessary, and many a gamer is likely to find him/herself hitting the Hint button repeatedly just to move things along.

Fabled Legends: The Dark Piper has launched as a collector’s edition, but collectors are bound to be as disappointed in the extras as they are in the main game. The bonus chapter is nothing short of bizarre and appears to have little narrative connection to the main storyline. Blue Tea attempts to create a cohesive fiction from random Greek-mythological ideas, but the approach utterly fails. And while the bonus chapter does offer a few new locations to explore, gameplay-speaking, things here are as uninspired as in the main game. Wallpapers, movies, music, concept art and a few of the game’s puzzles make up the ho-hum remainder of the game’s collector’s edition extras.

No matter how you look at it, Fabled Legends: The Dark Piper must be chalked up as one of Blue Tea Games’ few failures. I suppose if you’ve never played a hidden object game you could get some enjoyment out of it, but due to its cliché villain, monotonous gameplay, excessive back-tracking and slapped-together bonus chapter, it just isn’t something a veteran hidden object gamer should spend their money on.