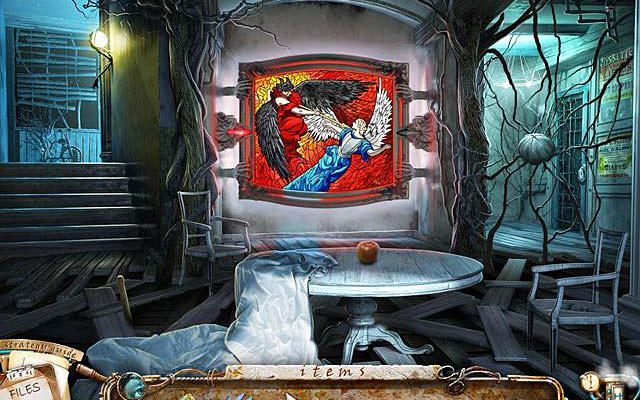 A young girl with unusual paranormal powers finds herself having to use them to escape from a sinister facility.

In the over-crowded world of the hidden object game, there are hidden object games (meh) and then there are Hidden Object Games (wahoo!). Though on the surface, games in the genre might seem easy to make—just toss a load of random things together so people can sort through them—the difference between a great hidden object game and a so-so one comes down to clever design, skillful story construction and loving attention to detail. Lucky for us, the people at Vogat Games are experts at making the former variety and F.A.C.E.S. is a stellar example.

The game takes place in a fairly familiar (for hidden object adventures) setting: a creepy asylum. In this frightening facility, sadistic scientists experiment on people with extraordinary talents, psychically crippling them or using their talents for unseemly ends. The young heroine in F.A.C.E.S. is lured to the asylum by fear of her incredible ability to transport herself to other locations via photograph, and by false advertisements promising to help people like her. Once there, she realizes her terrible mistake as hospital staff lock her in a room and only let her out to perform various burglaries for them. She also realizes that within the asylum’s twisted system, her days are numbered. Desperate to get out, she’s unexpectedly assisted by a mysterious apparition that encourages her to use her powers to escape. 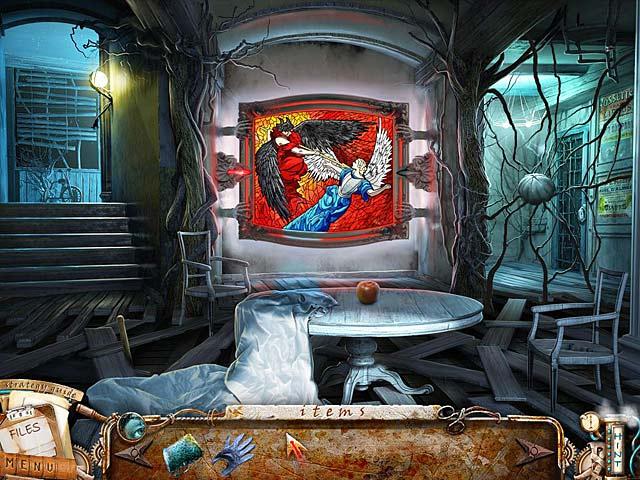 As mentioned before, the asylum is well-trod territory for hidden object games but few games take such spectacular advantage of the setting. From the first five minutes to the last, F.A.C.E.S. is an incredibly beautiful and atmospheric game. As you move among five equally creepy floors full of locked doors and ominous warnings, you’re treated to some of the most carefully-crafted environments and hidden object scenes you’ll ever see. As you progress through the game and unlock more custom environments, your mind will be officially blown when you consider the sheer effort it must have taken to create them. This commitment to visual excellence persists throughout the game and into the Bonus Chapter which offers up even more completely new locations chock-full of beautifully conceived and executed details.

A lesser game might have tried to let great graphics do all the heavy lifting but F.A.C.E.S. pays equal attention to its puzzles and plotline. That’s not to say that every puzzle in the game is something you’ve never seen before, but it does mean that Vogat’s gone to great lengths to customize each puzzle to fit the game’s clinical context. While most of the puzzles are solved by either common sense or a few minutes of trial and error, there are enough genuine head-scratchers to keep the experts happy. If you’re something of a hidden object novice though, and the more difficult puzzles get the best of you, don’t worry—a handy Skip button and built in strategy guide are there to keep you moving. 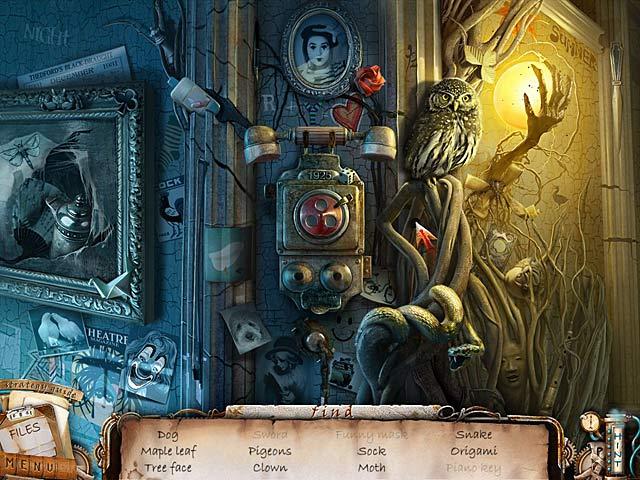 And rest assured, you will want to keep moving because F.A.C.E.S.‘ story’s a real doozy. Although the game contains no voiceover and relies solely on text to carry the dialog, it’s still great at imparting a sense of suspense and danger through the use of medical records and casually sadistic notes left lying around by hospital staff. It also offers an ending more well thought out than that of many other hidden object adventures, an ending both satisfying (well, if the real ending found at the end of the Bonus Chapter is taken into account) and open-ended enough to leave room for a sequel.

Aside from great art, story and puzzle design, F.A.C.E.S. also does a great job of conveying atmosphere through sound. The game’s music, characterized by a combination of piano and electronic elements, is alternately melancholy and urgent and both are augmented by the periodic addition of eerie, childlike laughter and terrifying screams.

Here’s where normally I would say something negative about the game but honestly, aside from its employment of a somewhat overused setting, there’s really nothing negative to say about F.A.C.E.S. In beauty, skillful design and sheer entertainment value, it’s the antithesis of the lazily or hastily-made hidden object game. Every inch and every minute of it exhibits a level of care and craftsmanship found only in the top five-to-ten percentile of hidden object games, making it worth several of its mediocre cohorts. If you’re a fan of the hidden object adventure, don’t miss this game. You’ll kick yourself if you do.