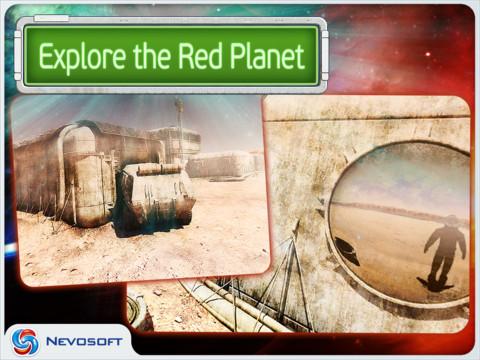 Being alone in the throes of space has never been more enticing!

I’ll be honest, before I started playing Expedition Mars, I didn’t know anything about the game other than its title, and the fact that it was coming from the same people behind the intriguing point-and-click adventure Hypnosis. But in a way, I feel like this lack of information actually allowed me to enjoy this engrossing point-and-click adventure all the more, as Expedition Mars turns out to be a game that’s all about discovery, and making those discoveries completely on your own.

After a simple introduction of still pictures and accompanying text, players are thrown in the middle of a harrowing adventure with literally no easy way out. You play as an astronaut en route to Mars, when something goes wrong and you become the sole survivor of your small spaceship crew. The game is incredibly immersive and atmospheric, and the entire time I was playing, I couldn’t stop imagining what it might be like to be a lone astronaut floating through space and looking for signs of life on Mars. The visuals, while full of muddy brown and gray textures, are very well imagined, and your ability to rotate the camera 360 degrees in any direction works wonders towards the exploration aspects of the game. The majority of gameplay is focused on finding items throughout the environments and using them to progress and ultimately find a way back to Earth. You’ll come across a few puzzles along the way, and these are all wonderfully placed and provide just the right amount of challenge.

One initial area for concern is that the entire time you are exploring on Mars (which makes up the biggest portion of the game), you are constantly running out of air. I didn’t think I would like this at first, as the last thing I want in a point-and-click adventure game is to be put on a timer and rushed through every step of my exploration. It was almost as if the game would punish you for not being good at the puzzles or taking too long to find something, which could only then be remedied by paying real money for more air. However, it certainly makes sense in the context of the story, and it really does put you in the shoes of an astronaut, in having to constantly be in check of your own air supply. Thankfully, you’ll come across a bonus oxygen tank or two throughout your travels, and there’s even a special mini-game outside of the space station which refills your oxygen tank to maximum capacity every time you complete it.

Expedition Mars is an incredibly short game, and experienced point-and-click adventurers will be able to complete the initial chapter in only an hour or two. Now normally, this would immediately be chocked up as a con, but I actually feel like the game goes on for just the right amount of time: anything past that would simply be stretching it for more length, which could certainly be a turn-off for some. And after all, the majority of the game does take place on Mars, which isn’t exactly known for its sprawling number of locations. The game does a nice job with its adventuring puzzles and logical solutions, and while you’ll undoubtedly run into a few road blocks here and there, as a whole it’s definitely nowhere near the toughest point-and-click adventure in the world (or on Mars, for that matter).

But if you do get really stuck, you can always fall back on the integrated hint system. The hint system in Expedition Mars isn’t the greatest I’ve ever seen, and will only work if you happen to be in a room where there’s still something left to find or complete. Half the time, I wasted my use of the hint button because it would just direct me towards a puzzle I was already aware of, or an obstacle that I still needed to find the correct item in order to bypass. If you use up all your hints, you can choose to cash in one of your oxygen tanks for three more hints, but I wouldn’t really recommend that. Like the air supply, there is also a similar mini-game which allows you to refill your hint meter upon its completion for an unlimited number of times. But if you’re really sick of manually refilling your resources, you can always buy more of each with in-app purchases, though they are in no way mandatory to complete the full game. 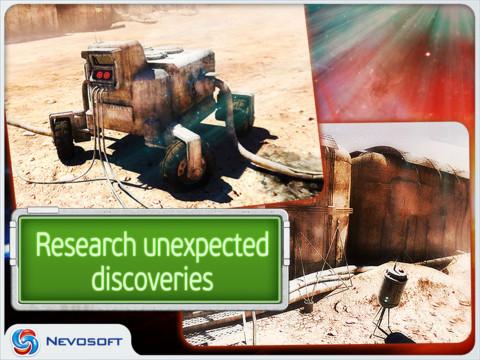 On paper, there are a number of reasons why someone like me wouldn’t be so keen on a game like Expedition Mars: its extremely short length, internal air timer, and flaky hint system are some of the biggest ones that come to mind. But for some reason, everything just seemed to perfectly fit in its place once I actually started playing, and I wound up appreciating the adventure for exactly what it was, and enjoying every second. If anything, this game will really make you think about life and the universe beyond, and it’s really hard to fault an experience too much when it’s able to evoke such an emotion out of you in such a short time. I’ll also never take breathing for granted again!