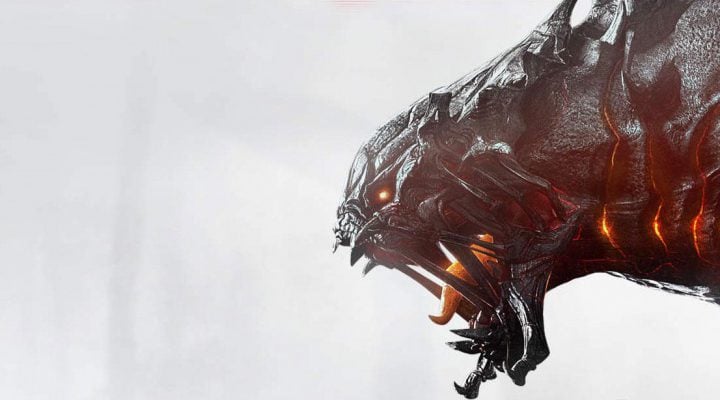 Gives you a peek at the Evolve universe.

Links up with main Evolve game to offer rewards.

Levels tend to slog on.

Game can be frustratingly difficult.

No? Maybe it’s still a bit early. While you’re waiting for the game’s release, why not try its companion app, Evolve: Hunters Quest? It’s admittedly slow and unnecessarily difficult at times, but it’s still an okay way to familiarize yourself with Turtle Rock’s weird new world and its inhabitants (both civilized and monstrous). 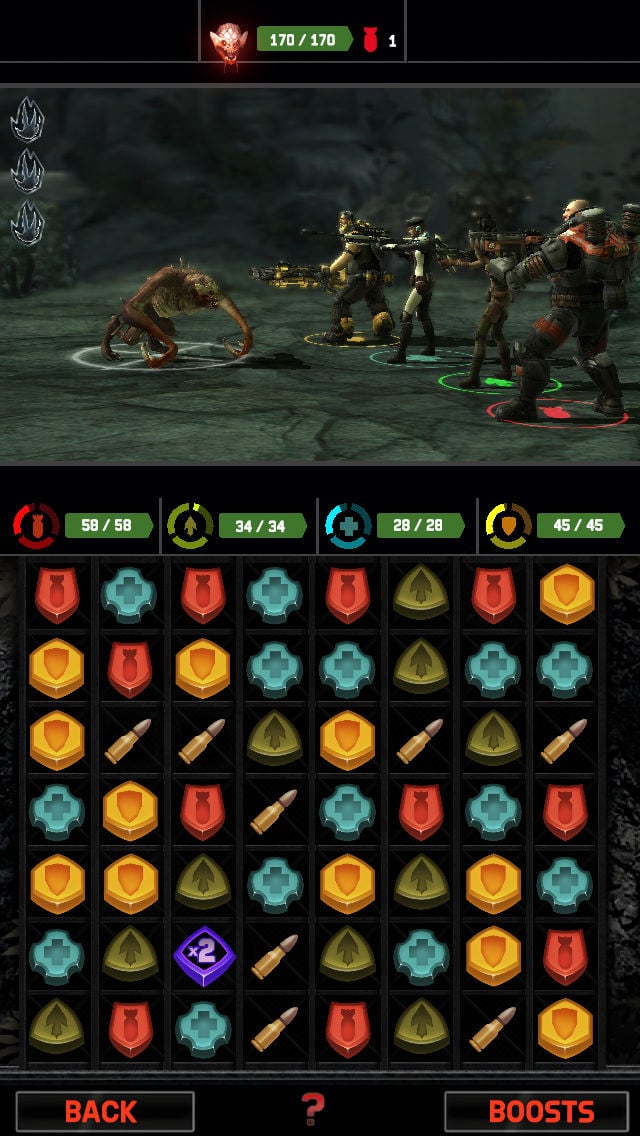 Evolve: Hunters Quest is a match-three puzzle game in the vein of GungHo’s super-hit, Puzzle & Dragons. Your team, which takes up the top half of the screen, consists of four hunters with a talent for wrangling hostile alien life. On the bottom of the screen is the game board, which is filled with colored gems. Each hunter subscribes to a different color, and when you make a match of three or more gems, the corresponding hunter springs into action.

Three-gem matches launch a regular attack against the game’s wildlife (with the exception of the medic, who attacks and heals at least one party member when three or more blue crosses are mated). Bigger matches – ones that line up more than three gems – hit harder, and sometimes trigger secondary effects like invisibility, shielding, or mass healing. Since enemies attack after you make a certain number of moves, bigger attacks are obviously better.

Successful matches also charge up special skills that can give you an edge during a tough battle. Warning: This game has a lot of tough battles.

Though the basic mechanics driving Evolve: Hunters Quest have been seen over and over in previous games, it pulls a couple of tricks from its scaly hide. As you play, the game board fills up with bullets and monster markers. Matching three bullets lets you launch a full team attack on the bad guys. On the flipside, matching up too many monster markers causes your foes to attack out of turn.

The monster markers are probably the most irritating thing about Evolve: Hunters Quest. Enemies approach you in waves, and the further you get into an assault, the more the screen fills up with monster markers. By the time the fourth or fifth wave rolls around, it becomes nearly impossible to make any matches besides piddling three-gem attacks. Fights drag on and become irritatingly difficult.

What’s more, making these matches sometimes trigger gem avalanches that inundate you with monster marker match-ups. You’re helpless to do anything except brace yourself and take the punishment. 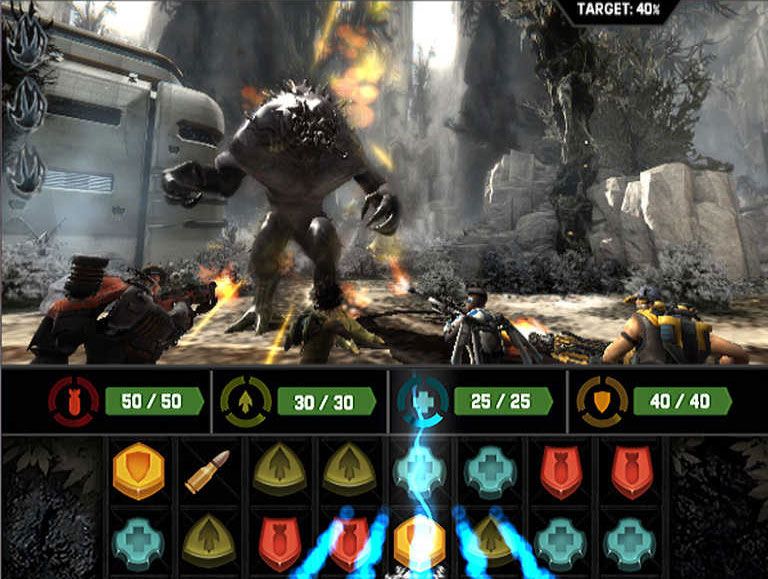 As a consequence, Evolve: Hunters Quest is slower and more frustrating than it ought to be. Listening to the hunters repeat the same sound bites over and over doesn’t endear you to the task at hand, either.

It’s still fun to peck at for a couple of hours – I think all match-three games carry an inborn appeal, kind of like a race bonus in a Dungeons & Dragons game – but there are better picks in the genre, including the original Puzzle & Dragons.

But if you’re foaming at the mouth for Evolve’s release and you want to study every bit of game lore currently available, or you’ve pre-ordered and want to get a headstart on earning Mastery Points to upgrade your characters in the main game (an admittedly cool bonus to playing Hunters Quest), you might want to gear up and join the hunters, even if it’s just for a short while.

Sons of Anarchy: The Prospect Episode 1 Review – A Rough Ride