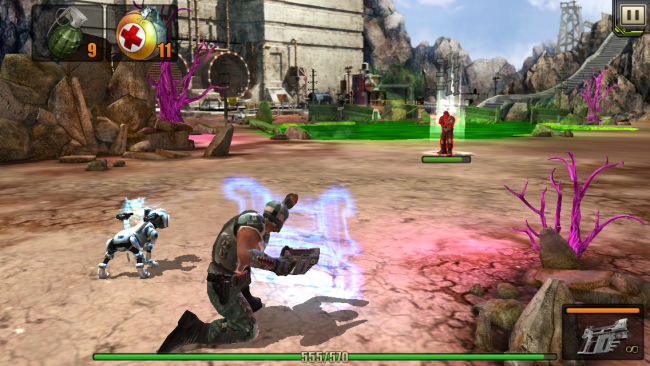 Variety is the spice of life

In my time spent sampling the many, many freemium flavors on the App Store I feel like I’ve gotten familiar with just about everything that’s out there. And yet here I find myself somewhat smitten with Evolution: Battle for Utopia – a game that doesn’t so much reinvent the wheel as it tries to be a whole bunch of different wheels all at once. The weird thing is it actually kind of works.

While on a mission to colonize the planet Utopia, the Commander and his crew are shot down while landing and their escape pods scatter them across the land. A land filled with all sorts of very large and aggressive animals, nomadic scavengers, and plenty of other nasty hazards. The Commander will have to fight his way through hordes of enemies in order to reunite his crew, begin terraforming the planet, and start restoring order. And that’s all within the first thirty minutes or so.

Once this fairly robust tutorial is complete, you’ll be able to strike out on your own – completing missions as they become available, fending off swarms of indigenous life forms, exploring new territories, and combating other players. However, Evolution isn’t simply one thing or the other. You’ll be constructing and maintaining a base of operations while slowly unveiling new territories to conquer and seeing lots of action as you battle anything that looks at you funny. It’s a pretty diverse set of gameplay mechanics – base building, map exploration, arcade-style combat, etc – that go a long way towards diversifying your own experience with it. 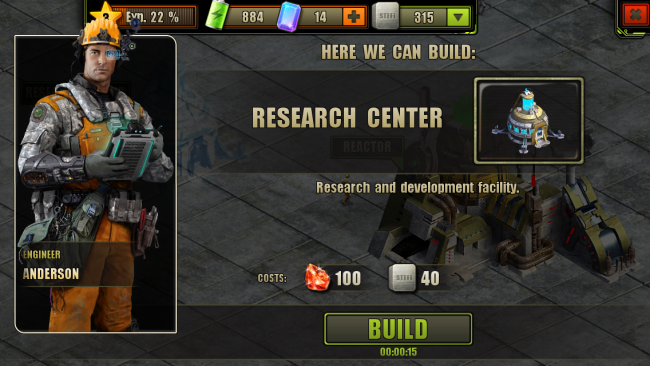 This diversity is one of Evolution‘s biggest strengths. Well, that and the fact that it’s pretty nice to look at. Okay, it’s really nice to look at. But honestly, what’s kept my interest has been the sheer amount of different things to do. Sure it’s all stuff I’ve done before in some form or another, but never in this sort of a combination. Normally I just load up something else while I wait for a building to finish upgrading or for research to be completed, but here I can take my robot dog (everybody gets a robot dog!) out and start killing giant spiders or hunting armor-plated snake/millipede things. And there’s no energy timer to get in the way! Various building and research-related actions still take time, of course, but the only thing holding you back from continually battling enemies is how good you are at avoiding damage. And even then, the Commander’s health recharges fairly rapidly.

There are also quite a few mini-games to mess around with. Hacking involves either remembering a numerical sequence and typing it out on a randomized keypad or trying to connect colored nodes on a grid without crossing any lines. The latter example is actually my least favorite, as I’ve had issues on several occasions with a finger accidentally slipping just outside of the grid’s tap-detection range, forcing me to go back and try again while (hopefully) not also accidentally breaking a line somewhere along the way or running out of time. I’ve lost a few Data Disks because of the control/time limit combo, and I have to say it’s not particularly fun. Story puzzles, on the other hand, are more like playing Tangrams with pictures. They’re also quite a bit more relaxing as there’s no time limit to complete them, unlike the hacking games. 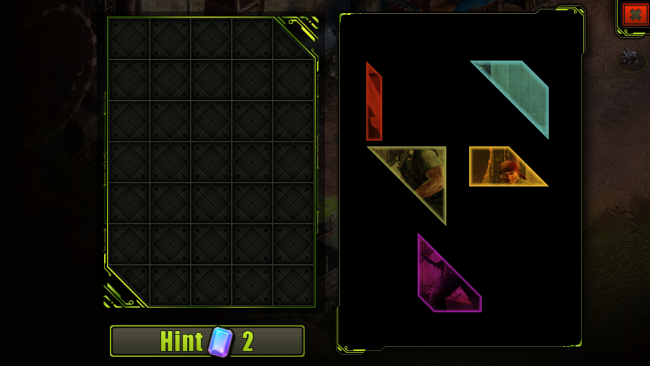 It’s not all about shooting mutant space spiders or putting together very angular puzzles, though. While it can be downright liberating to not have to sit and wait for hours before I can do anything in Evolution, I do still have to wait for some actions. Oddly though, my having to wait has less to do with how long a task takes to complete and more with how long it takes to earn the resources I need. At first they all just keep rolling right on in, sure, but once the honeymoon tutorial period is over, you’ll be scraping every nook and cranny for some extra Iron, Fuel, or whatever else you might need. Most of these resources can be collected from refineries of various types, but they take a while to fill up and have a somewhat disappointing cap on what they can hold. So saving up that way can take a really, really long time. Completing special missions as they become available (and they do refresh fairly often) helps quite a bit, but the rewards still feel paltry compared to what’s needed.

Oh, but you can spend premium currency to get more of anything you need, naturally. The game never misses an opportunity to remind you of that. Ever. 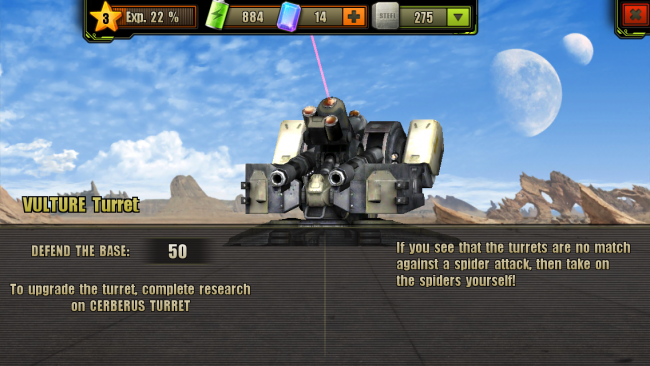 Then there are the random attacks on your base. Every so often (actually it feels more like all the time) a large number of the local fauna will swarm your base. Automated sentry guns do a decent job of fending them off, but it’s not all that difficult for one or two of the little nasties to slip through your defenses. And once they do they’ll most likely incapacitate a building or two, which you’ll then have to spend time and resources to fix if you intend to keep using it. It comes back to variety, and I’m glad Evolution has so much of it, but having to rush back to base so often gets real irritating real fast.

I can’t help but find the game’s diversity to be endearing, but it’s also something of a weakness. Not all of these actions are up to snuff, and unfortunately the ones that are the weakest (namely hacking and base defense) are also the one’s you can’t really avoid. Even so, there’s quite a lot on offer here and most of it is pretty entertaining.