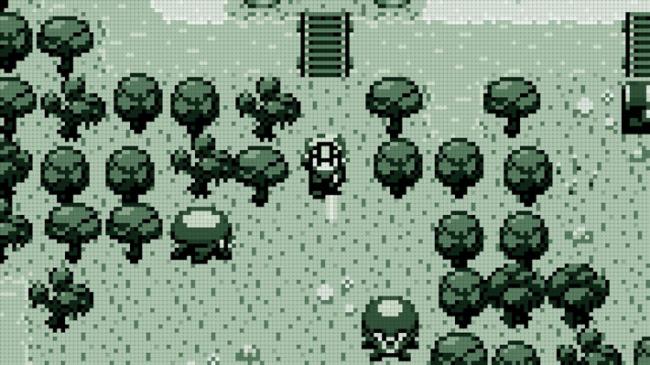 A brief history of video games, as told through The Legend of Zelda and Final Fantasy.

Gamer nostalgia: a force to be reckoned with.  It’s encouraged ports, remakes, and replays of an untold number of games we simply refuse to forget.  It’s brought pixelated graphics back into mainstream acceptance over a decade after they became dated.  And now gamer nostalgia has become its own gameplay mechanic, thanks to Evoland.

Evoland is built around a simple yet genius concept: progressing through the game requires progressing through the evolutions of the adventure-RPG genre itself.  You’ll begin in a black and white Game Boy-era, soundless forest, able to only move right.  Doing so will take you to a treasure chest which unlocks the ability to move left.  To your left is a chest that allows you to move two-dimensionally and exit to the next screen, where further enhancements await.

Finding and experiencing these enhancements one-by-one is the both the focus and fun of Evoland, so I’d prefer not to spoil many of them here.  In short, the changes you’ll uncover range from basic technical advancements like “You got 256 colors display” to genre in-jokes like “Forced Choice” when you’re asked to help a character in need and are unable to select “no.”  Each mechanic unlock is accompanied by a one-line comment which lovingly pokes fun at the genre, like the fact that “Enter Houses” will allow you to now “freely invade people’s privacy!”

Between and alongside these evolutions, though, there is a story (once you unlock it) ushering you to new locations and enemies to fight.  The main battle system is directly inspired by The Legend of Zelda, with same-screen sword-slashing disposal of monsters that freely roam forests and dungeons, and heart containers tracking your available health.  The overworld map, though, utilizes turn-based RPG battles from a side view reminiscent of Final Fantasy.  Your character will gain experience, level up, and use items and magic that don’t appear in the action-adventure portions.  Thus these two battle systems are used in parallel: you’ll jump between them frequently, but your RPG level has no affect on your adventure skills and vice versa.

While you’ll primarily follow the trail of evolutionary progression, there are dungeons which require you to backtrack, or “time travel,” from the modern 3D world to the earlier 2D system in order to solve puzzles and open paths.  Another dungeon introduces an entirely updated and extremely popular form of action-adventure gameplay that I won’t detail specifically, as it’s a brilliant surprise.  These moments are a welcome challenge outside of the fairly linear areas you’ll be traversing otherwise.  While this linearity is somewhat required to ensure players unlock all of the game mechanics distributed throughout the world, it still results in less engaging downtime when you’re between upgrades and plodding through a relatively simple dungeon.

This is especially true in the latter half of the game, as Evoland is particularly front-loaded.  The first third is filled with essential unlocks that drastically alter your gameplay experience.  Once you unlock 3D Mode, however—early, after the first boss fight—the upgrades are more subtle and appear less frequently.  This should be expected considering the game itself jokes that you’ll have to wait for 4D for the next significant enhancement, but I would have preferred the initial upgrades to be doled out slower, allowing for more time in the “retro” worlds and a more evenly spaced progression. 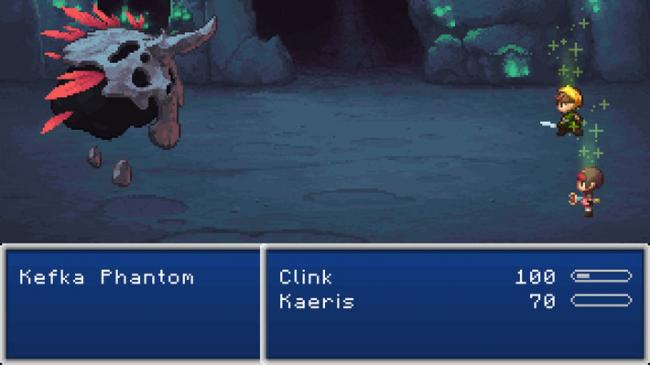 Luckily, although the mechanical upgrades are heavily weighted toward the early game, the humor and charm are evenly spread throughout.  The two primary influences for Evoland‘s battle systems are also its parody focus, from the spikey-blonde, green-tuniced hero named “Clink” to the fact that pot-smashing is a specific unlock.  Almost every detail is a reference to a past game, from the sound effects and music to the way you have to kill the final boss.  Some are overt—Chobokos—and some are subtle—”How to Save the World with Heroes Crystal by H. Sakaguchi” hidden on a bookshelf—but all are bound to delight fans of the Zelda and Final Fantasy series, as well as others that receive nods throughout.  There’s even—and this alone may be reason enough to play Evoland—an admirable Triple Triad replica called Double Twin that can be played with cards found hidden throughout the world.

While these nods are pure delight to ravenous fans of the series being referenced, they are also the game’s cost of admission.  Gamers who are wondering, “What’s Triple Triad?  Why is he named ‘Clink?’,” will not absorb the complete Evoland experience.  Its most rewarding moments come from seeing your own gaming history reflected in its lovingly crafted progression.  If the few references I’ve mentioned here are at all meaningful to you—and they are paltry compared to the plethora of “o-ho!” moments Evoland gifts to fans—then don’t miss this one, lest your past gamer self haunt you forever alongside Kefka’s ghost.