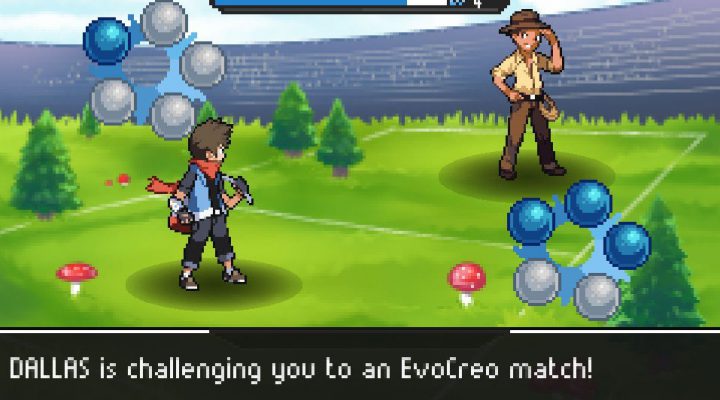 A big adventure that offers lots of content for a low price.

A bit too close to Pokemon in some respects.

Overworld sprite is clunky, which makes movement in some terrain awkward.

There are innumerable Pokémon clones on the App Store, and all of them want to be the very best. Obviously, a small independent mobile game team doesn’t have the time, budget, or programming muscle necessary to create an experience that matches up to what Nintendo and The Pokémon Company wind up producing every couple of years – but that doesn’t mean these mobile-based monster-collectors aren’t engaging in their own way.

Ilmfinity’s EvoCreo is another game about stuffing wild monsters into your pocket, then taking them out to defend your honor whenever necessary (like if some jerk says something about your  mom). It’s similar to Pokémon of course – a little too similar in some regards. Its overworld sprites in particular are familiar enough to be eyebrow-raising. 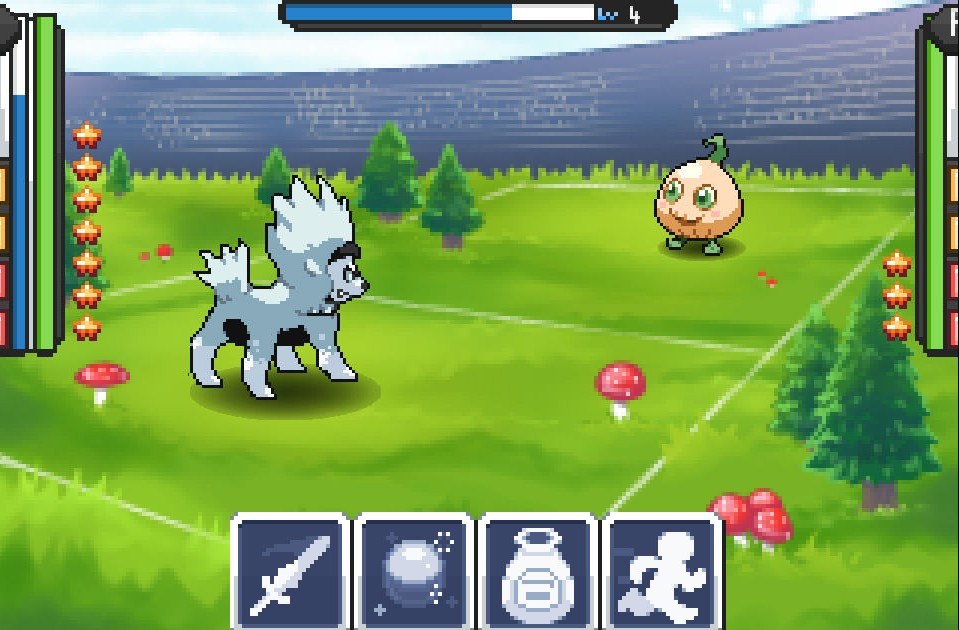 EvoCreo takes place in a world populated by humans and their Creo companions. Creo are mystical animals that can be used for work, security, and companionship. You know the drill by now. There’s also a group of scumbuckets, Shadow Hive, that kidnaps Creo for their own mysterious (but surely nefarious) purposes.

What’s it all mean in the end? It means it’s time to unleash your own beasts!

After receiving a starter Creo of your own, you go up against wild Creo (which can be found in tall grass, or sometimes just visibly wandering around), as well as Creo that belong to other trainers. Creo’s elemental strengths and weaknesses should be adhered to if you want to succeed in battle, though it’s interesting to note the somewhat rare normal-type Creo is a blank slate that can use many elements, and evolves according to how you use said elements in battle. That’s one thing EvoCreo does to differentiate itself from Pokémon.

The use of energy meters in battle is another key difference. There aren’t any Pokémon-style power points in use here. Instead, each move utilizes a charge meter, which fills up quickly or slowly according to the power of the move.

Incidentally, many Creo learn a simple recovery move when you first begin training them. This takes a lot of repetition out of training since the move makes it less necessary to travel back and forth between the wilderness and the healing resources in town.

Despite this very commendable design decision, EvoCreo still has a small problem with tedium, especially when travelling through crowded woodsey areas. Your character’s sprite looks small, but it’s seemingly surrounded by an invisible layer of additional pixels that make it difficult to squeeze through tight areas. You might think you can pass easily between two trees, only to find yourself stonewalled. 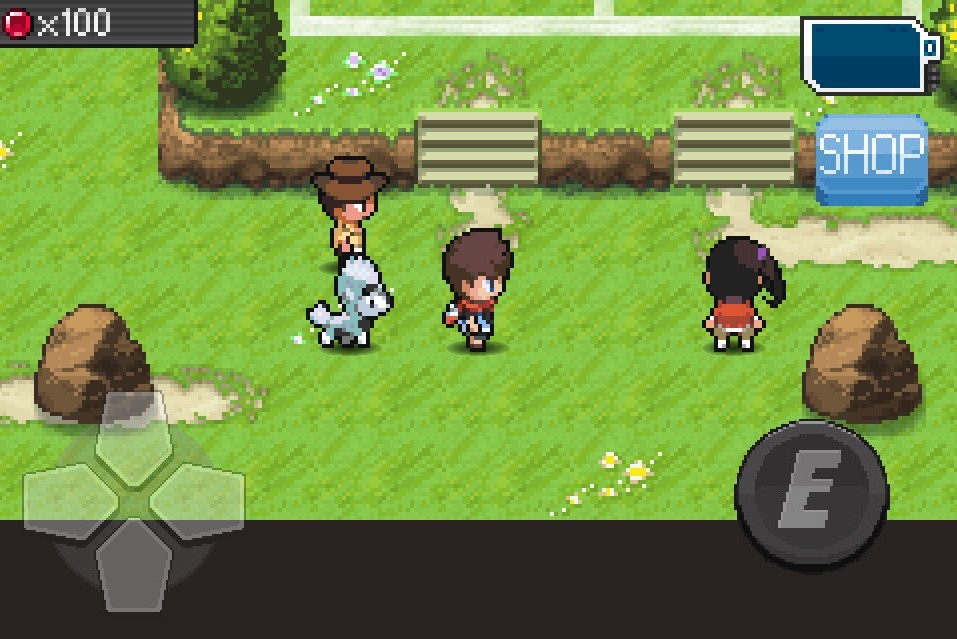 Also, Creo’s abilities become stronger according to whether they favor physical or special attacks in battle. This level of micromanagement might make some players happy (particularly fans of Final Fantasy II’s controversial method of levelling up), but it made me feel a bit paranoid about whether or not my Creo would be balanced enough to take on future challenges.

Thankfully, EvoCreo’s mostly concerned about serving up a decent Pokémon-style adventure, which it does well. If you’re the type of person that’s gotta catch ’em all as far as PokéClones are concerned, EvoCreo is a good one to grab.