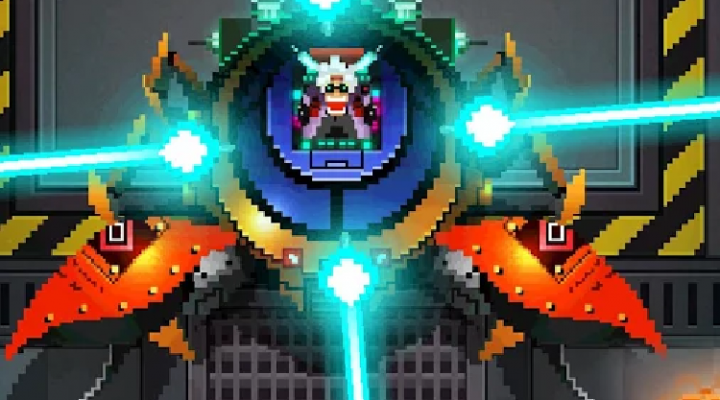 Test your speed and endurance against the coolest 8-bit bosses around.

Smooth sailing even on older devices.

Kuabee's original soundtrack makes the game worth a try even if you're not an action or sci-fi fan.

While the cut scenes are strong, the storyline isn't quite rich enough to sink your teeth into.

Like an old-school console game, it's not clear why you should stay engaged when you complete the current levels.

It’s only the first week of February, but it already feels as though there have been more ‘must play’ pixel art games released this year than in all of 2016. For gamers, this abundance of choice is both exciting and exhausting. For developers, however, it’s a real challenge to stand out in a highly crowded market. Into this tempest comes Evil Factory, the latest offering by Nexon M. And fortunately, Evil Factory more than lives up to the hype.

Normally, an Evil Factory would be the last place anyone would want to stop and stay for a while, but in this game you’re not anyone. You’re Leo, a cocksure young hero-in-training.

Recruited by the mysterious International Alliance, you’re needed to help defeat the Kraken group. The Kraken group is a scientifically-advanced evil organisation hell-bent on global domination. Although you’re sent on your mission with just a brief tutorial, an endless supply of explosives and a single-use flamethrower, you aren’t scared. Even the largest and angriest of the Kraken’s creations can’t intimidate Leo.

One of the greatest strengths of Evil Factory is that instead of facing level upon level of shooting galleries or cannon fire before finally reaching anything resembling a boss, all of the Kraken creatures are remarkably boss like. The joy of beating something so much larger and supposedly stronger than you never gets old. 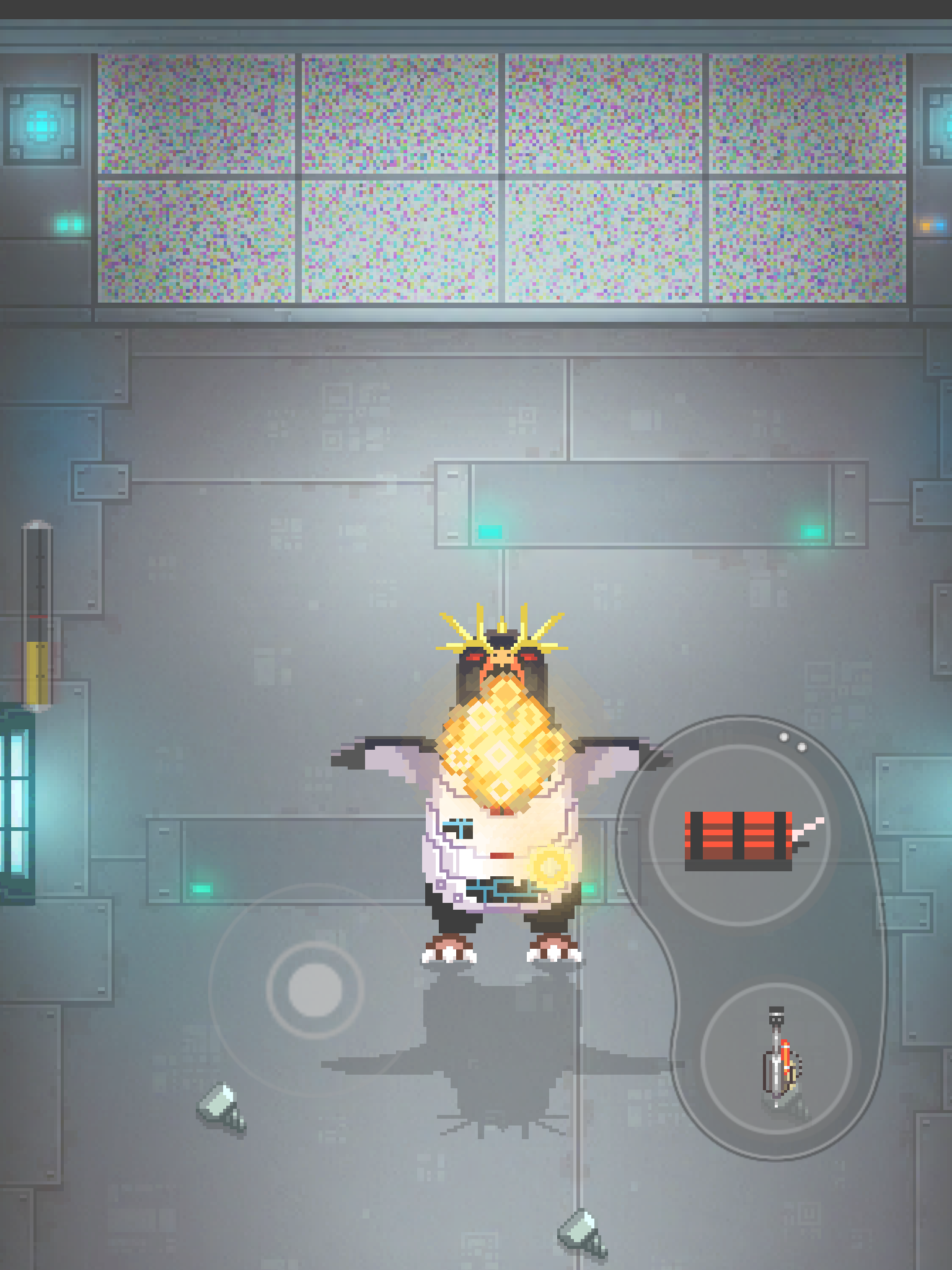 The controls are simple and intuitive, far simpler than figuring out how to beat each level. As fun as Evil Factory is, it’s also a real challenge. Finding your groove can take a while. The key to success is moving quickly, slowing down time wisely, and resisting the temptation to use your single-use sub-weapon too soon. Over time you’ll come to learn that there’s a rhythm to the way each boss moves and how they attack. As you move deeper into higher episodes, the longer it will take to learn these patterns.

Attempting a level requires fuel. Fuel regenerates over time, but there is the option of purchasing unlimited fuel for a small fee. Similar to other free-to-play offerings, it’s also possible to purchase the in-game currency (gold), needed to unlock new weapons, as well as blue coins that offer you the opportunity to revive mid-challenge. While you can earn both gold and blue coins through completing levels and bonus challenges, the more difficult the bosses get, the more critical revives become — and the blue coins are hard won.

Beyond the gameplay, the graphics are top-notch, everything one could ask for from an 8-bit action game. Surprising given its graphic complexity, Evil Factory performs well on older devices (Samsung Galaxy S5 and iPad 4). Still, what makes the Evil Factory really stand out, and helps lend this otherwise nostalgia-driven game a refreshing contemporary feel, is its original soundtrack. Composed specifically for the game by Finnish electronic artist Kuabee (Jukio Kallio), the music is a welcome change to the stock sounds found in other recent releases. It’s so good, it’s just a shame the album isn’t available for those times you just can’t play. 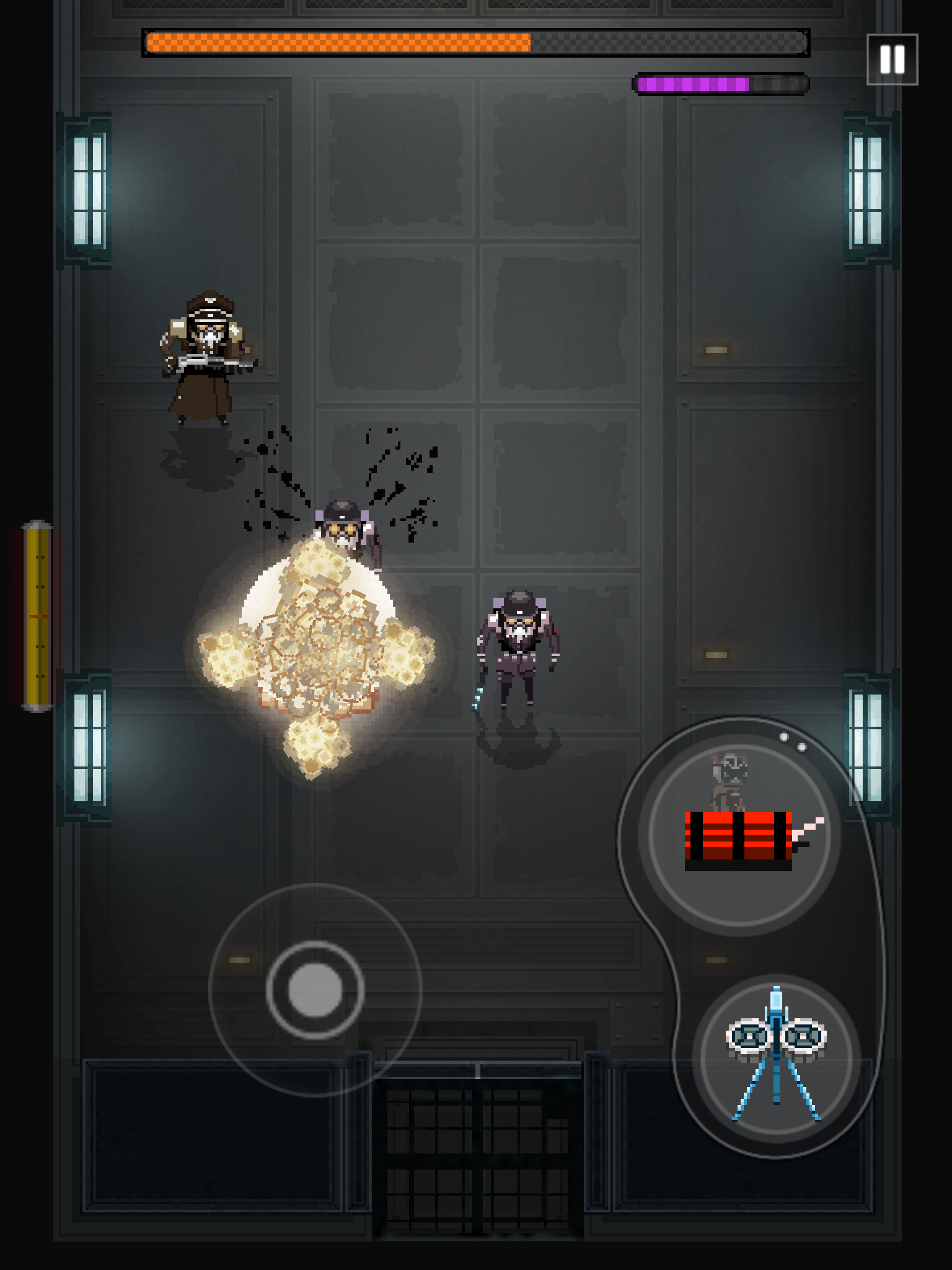 Evil Factory looks great, sounds great and plays great. It’s certainly an above average game that many players will take the time (and spend the money) to race right through. Like the feeling you get after binge-watching the latest series of a great show, completing the initial story arc will leave you wanting more. The challenge for Nexon M will be how to keep successful players engaged. Are future updates going to add more levels? Is there an Evil Factory 2 in the works? At this point, we can only hope.

The Frostrune Review: An Opened Gate