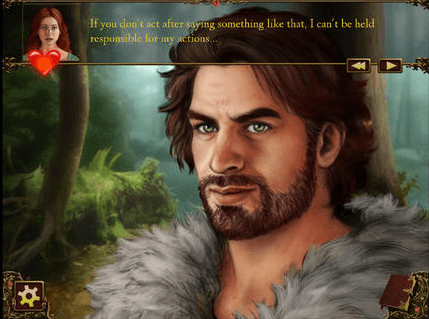 You may not feel burning love, but you’ll still enjoy a steady relationship

Across the bumpy stretch of human history, from the dawn of sentient thought, to the ravaging years of the Plague, right up to our current era of smartphones and Wi-Fi, there has been only one constant truth: love is a kick in the teeth. However well we handle our day-to-day crises with money, work, and family drama, scoring a loyal, dependable mate is an intensive years-long project. Silicon Sisters’ interactive novel Everlove: Rose lets you dive backwards into your distant past where it turns out your romantic prospects are still sources of major drama. Who knew?

Everlove: Rose lets you take on the role of Rose, a young woman whose modern life is plagued by problems. Of special note is “The Beast,” a grotesque creature that’s menacing her dreams. Rose’s therapist suggests a form of hypnosis that will allow Rose to slip back into one of her past lives and hopefully pinpoint the source of the haunting. Rose agrees. She retreats in time and finds herself in a world fit for a fairy tale. There are castles, jousting tournaments, hot men, and fluttering banners a-plenty—but there’s also the uneasy sense that medieval Rose is in danger because of a plot involving her disgraced physician father.

Everlove: Rose is an interactive novel, so prepare yourself for lots of reading. That’s not to say your role is entirely passive. Rose is often called on to make important choices in dialogue trees that have a direct effect on her relationships with other characters. Of particular note are the four men Rose can court, since what she says and to whom will heat up or cool the air between them (Side note: Rose has the option of getting close to her female blacksmith friend, too).

But medieval life in Everlove: Rose isn’t all flirting and Maypoles. Rose is a physician, which means she’s occasionally called on to gather healing herbs and plants. These hunt-and-gather scenes are conducted via hidden object scenes, and are arguably the weakest part of the game. The plants are almost indistinguishable from the background, and are especially difficult to spot if you’re playing on a mobile phone versus a tablet. Moreover, there’s no real reward for doing the scenes, unless you just need a minute to cool down from your last visit to Six Pack City. Thankfully, a “skip” button has been thoughtfully included in case you want to move on immediately. There are picture-assembling mini-games that can likewise be skipped if you feel so inclined. 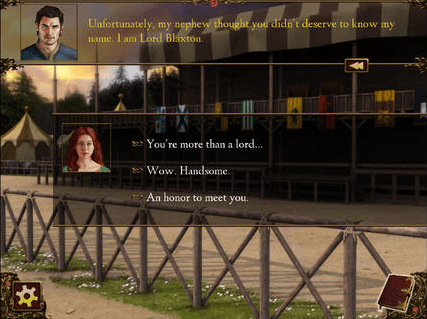 Everybody deserves to tuck into a romance novel once in a while, and Silicon Sisters obviously put a lot of work into Everlove: Rose. The art is fantastic (though mostly static), the music is good, and what’s especially nice is the game’s varying dialogue options. Rose’s responses to her male suitors can be kindly and warm, but she can also be sharp and hard. If you’re enchanted by a forest-dwelling rogue who steals your stuff when you’re not looking, that’s fine. If you’re not, you’re welcome to tell him where to go.

Everlove: Rose is a little cheesy (as might be expected from a romance novel), but it also involves intriguing characters and an addictive story. May your medieval love never suffer the same inevitable decay as the teeth in your jaw.