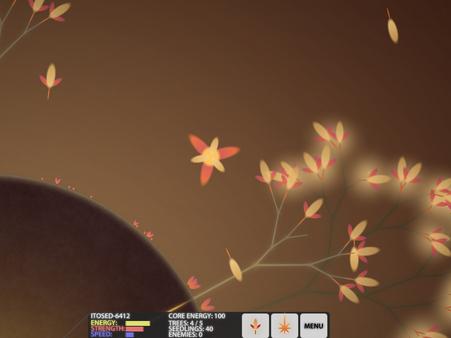 I was never very good at gardening, so the prospect of keeping plants neat and trim in the outer regions of space was a chance to redeem myself. Eufloria‘s idea of gardening is a little different from the norm however, featuring seedlings that buzz around trying to massacre hostile plants on other planets.

There’s a lovely ambient feel to proceedings, with plenty of game modes and options to keep you busy. Unfortunately it’s rather sparse of any real difficulty, and the gameplay is far too simple compared to your standard real-time strategy. The ideas are unique enough, but the execution is quite disappointing.

Each level starts with a gorgeously shaded world filled with perfectly circular asteroids. Plants begin to pop up on one of the rocks, and from the plants small seedlings emerge, flying around the circumference of the asteroid. Over time these floating seeds build up until you have an army at your disposal.

Seeds can then be sent out to other planets to plant themselves and populate the world. Spreading your seeds causes your area of influence to expand, allowing you to take over more distant rocks. There’s a problem, however – you’re not alone in this world, and other seedy races occupy certain asteroids. Fortunately, your guys are packing a punch and can swoop in, demolish the other parties and take their land.

From the very beginning it’s clear that Eufloria was created with simplicity in mind. The controls are incredibly easy to learn, while the interface is the bare minimum and works without a hitch. This simple nature bodes well with the ambient setting – the game looks great and handles well too. 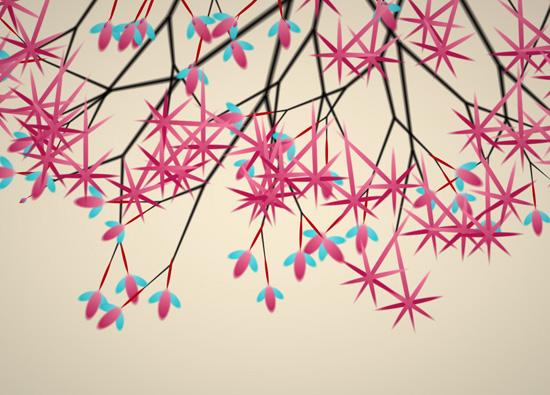 Yet there’s far more to the visuals than meets the eye – everything in the world of Eufloria, from the placement of the asteroids to the way the roots of each plant grow, is procedurally generated i.e. created algorithmically and therefore randomly each time you play. In fact, the game was originally called Dyson after physicist Freeman Dyson’s tree hypothesis. It’s an intriguing concept and one that really gives the game plenty of character.

While the foundations are solid, Eufloria fails to excite due to a number of slip-ups in design. First and foremost, the game is pitted as a real-time strategy, but honestly there is very little strategy involved. While certain seeds are better against certain other types, it’s far easier to simply build up a horde of random seeds and send them all off at once to conquer the world.

This is a possible tactic since the enemy seeds barely ever attack, and will usually float around their asteroids waiting for you to send your muscle in. It also doesn’t help that the AI can be incredibly dense at times, leaving planets with no defense or attacking you with pitiful armies. Eventually it becomes obvious that the best tactic is to simply wait until your army has built up and then storm from planet to planet, eradicating everything in your path. 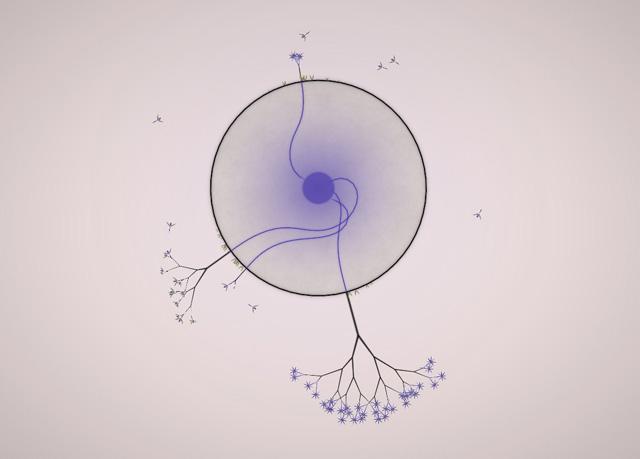 It’s also rather a nuisance that you can’t set up automatically convoys between planets, allowing seeds to move to the frontlines by themselves – instead, you have to manually move every new seed that spawns, which can be very tiresome.

Eufloria is too simplistic for RTS veterans, and might even seem a little tedious to more casual players. There’s a variety of game options to keep you going – including a newly released community map pack – but the game can start to drag after more than a couple of hours of continued play. Still, it’s worth checking out the demo for the procedural visuals alone.